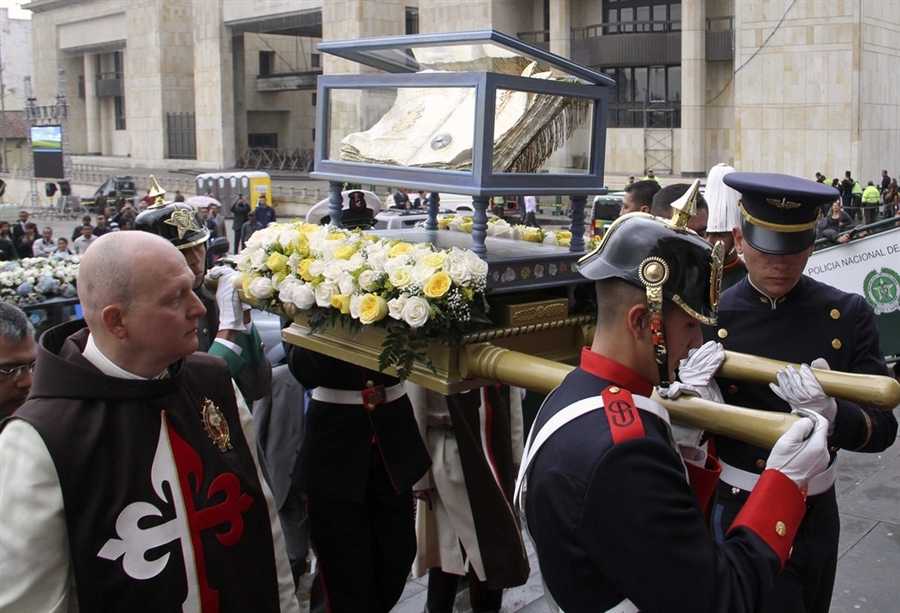 The recent news item about the late pope’s ‘blood sample being stolen from a church in Italy’ is actually laughable. The Catholic church has for centuries glorified in the use of bones, skins and yes even blood. Some years ago we protested outside a church where there were displays of crumbling bone fragments of a deceased woman, whose body had been chopped up and the parts then distributed around the world, going into other Catholic churches for ‘veneration.’ I have to enquire did this poor woman have any say in what was to be done to her body after death. I doubt it! It’s all very sick I suggest and unnatural, as well as pretty gruesome.

The late pope from Poland was into these bones and corpse venerations in a big way. In fact, the “master magician” seemed to revel in this disgusting practice as well as promoting Marion worship, which is also anti-God.

As for the unconfirmed suggestion that the blood will be used in Satanic rituals is also amazing to suggest, because this ritual indeed is what the Constantine church has dealt in and encouraged for years, and still does.

Just look out for the blasphemous and disgusting broken cross that each pope holds up to the deceived faithful to worship, venerate and even bow down to. It is, of course, Satanic in the worst possible way and all in the name of organized religion, definitely to be avoided at all cost we insist.

Of course, it’s all superstition at the end of the day and dead people’s blood, bones and clothes should all be destroyed and not preserved in a false religious system.

We at Ex-Catholics for Christ urge all Catholics now to get out of this sick system that promotes Satanism, superstition and sin. Then become born again.

Finally, should trained defenceless doves be released into a hostile Roman environment when they cannot defend themselves against other prey? Or should innocent children as well be used to promote this ritual from the Vatican balcony, reported in the media this week, naturally aided by this pope of course in what seems a rather “new age” useless gesture?

Postscript: Three men have been arrested over the ‘theft’ of the late pope’s blood. But according to Italian police, they may have ‘thrown it away.’ The only blood people should be concerned about is the precious blood of the Lord Jesus Christ, which saves sinners from their sins and makes dead people alive.