The Kabbalah comes from a 2nd century AD writing, The Zohar (Book of Splendour). Although Cabalism (sometimes spelt with a C) goes way back to Babylon and is also linked to witchcraft.

The reader may be interested to know that from the birth of Jesus Christ to the day He died, God accepted no atonement from the Jews in their temple.

At the precise moment when Jesus gave up the Ghost, the veil of the temple was torn in two from top to bottom (Matt. 27:51).

With this supernatural event, evident for all to see, God would now allow the Jewish nation forty years (always symbolic) to turn to His Son’s New Covenant.

When the time came (70 AD) the Temple was utterly destroyed and has remained so (due to the church age) and will only be rebuilt during the Great Tribulation.

This brief Biblical history is needed to help the reader understand, that whilst these events were occurring, the Jews who refused to accept God’s new and final Covenant were thrown into disarray. Because of this, they had to redefine what Judaism now stood for and subsequently new books were written like the Zohar, even though the Jewish Tenach (the Old Testament) had long been closed, since 400BC.

When I first set out to write on the Kabbalah, I really didn’t know where to start, for my knowledge about Kabbalah was most limited. However, as you will discover, the Kabbalah is very similar to Scientology and the Moonies, with their aggressive proselytising and emphasis on the need for the new convert to distance themselves from family and friends, something former members of this movement will affirm.

Rabbi Marcus, a member of the Chief Rabbis UK cabinet, said: “They isolate people from their families, getting them to stop their careers and dedicate themselves to selling books or living as virtual serfs within the centres. They’re using methods that I saw the Moonies using in South Africa.”

One former member said she worked from 9am-1pm, sometimes all night was paid £19 a month and shared a one-bedroom apartment with four other women. She went on to conclude, “I was a slave.”

So serious and worried are the mainstream Jewish community about this group, that they were forced to put out this careful and very diplomatic statement:

“In the light of issues which have been brought to our attention relating to the Kabbalah Centre in the UK, we wish it to be known that this organisation does not fall within the remit of the Chief Rabbinate or any other authority in the UK recognised by us” (Jonathan Sacks, Chief UK Rabbi and the London Din).

This was later echoed in South Africa:

“We advise congregants to have nothing to do with the Kabbalah Centre” (South African Chief Rabbi, 1993.)

So with the above statement warning people not to join Kabbalahism, it should come as no surprise that people are still joining Kabbalahism, even though the mainstream and the liberal wing of Judaism has tried to distance themselves from this sect.

Some figures purport the number of people practising in this non-Biblical system to be 3.4 million worldwide.

This religion is rather modest in its declared income when compared to the Moonies and the Mormons. It should also be pointed out that the Kabbalah, like all charities, is tax-exempt. 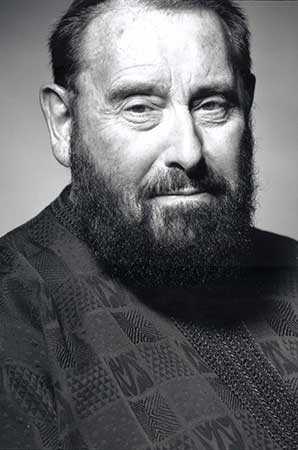 Gruberger studied in Jerusalem and controversially and allegedly would succeed rabbi Yehuda Brandwein. However, according to Brandwein’s son, (now dean at the Kol Yehuda seminary in Jerusalem), Berg and his organisation is not recognised by the university, in any way, shape or form.

The pop star Madonna has earmarked Friday out from the rest of the week as being ‘sacred.’

According to press reports and interviews, she now likes to be called Esther; celebrates the Sabbath; refuses to perform any shows during the Jewish rest day; and while rehearsing for her immoral and tasteless shows, she uses a special earpiece to receive advice from a Kabbalah rabbi, who watches her from a distance.

Her recent book The English Roses was based on Kabbalah stories.

Before each of her concerts, she holds hands with her singers and dancers, and leads them in ‘prayer.’ Sometimes obscene and vulgar language will be used when praying to her god.

During her ‘religious’ songs, pictures of Jesus and Mary are used in the background, with one of a man on a cross (if she knew anything about the Old Testament, she would know that you must not create images of God).

Subsequently she, like Catholicism and unfortunately many Christian denominations, have broken the 2nd Commandment (Ex. 20:4-7).

When her tribute to Kabbalah comes on, Hebrew words and names are rotated behind her on a huge giant screen.

Madonna is very much an ‘ecumenical’ minded individual. She seems to have kept much of her Catholic superstition and at the same time, incorporates this into mystical Judaism, a sure recipe for disaster. If she really believed the Old Testament, she would believe in the Lord Jesus, for did He not say the following: “For had ye believed Moses, ye would have believed me: for he wrote of me” (John 5:46).

Such false claims and unbiblical doctrines as these, are also mirrored in Roman Catholicism.

The Bible has always been clear that faith in Christ alone is sufficient for salvation and this cannot be purchased with money or gifts, it is free: “For by grace are ye saved through faith; and that not of yourselves: it is the gift of God: Not of works, lest any man should boast” (Eph. 2:8-10).

Their courses start at £151

Their attractive and glossy brochure makes some remarkable claims: “You’ll learn how to find the perfect mate, how to remove illness from your life, and even before illness strikes, prevent it. You’ll also learn how to reverse the ageing process and prolong life.”

Clearly, this religion is only for people with money. And what would happen, I wonder, if somebody couldn’t afford this? For according to them, one’s life would benefit from this, yet with no money, one goes without.

(For the record one doesn’t need to go on any course, whether it be Berg’s or Nicky Gumbel’s 12 week Alpha Course, to find God. Just get on your knees and cry out to Him in true repentance and sorrow for your sins. If it was good enough for the Philippian jailer it is good enough for anyone).

The Jews would have survived the Holocaust, had they studied the Kabbalah (Berg)

For today’s modern and reformed Jew, should they ever actually get around to reading Isaiah 53, they will universally be told that this part of Scripture is not speaking about the Messiah, Jesus Christ, but Israel and the Holocaust.

Second, Jewish scholars, pre-70AD, universally understood this Old Testament book to be Messianic, therefore nothing in this sacred Scripture could have, in any way, been used to assist the Jews from escaping the horrors of the Holocaust.

“Who hath believed our report? and to whom is the arm of the LORD revealed? For he shall grow up before him as a tender plant, and as a root out of a dry ground: he hath no form nor comeliness; and when we shall see him, there is no beauty that we should desire him. He is despised and rejected of men; a man of sorrows, and acquainted with grief: and we hid as it were our faces from him; he was despised, and we esteemed him not. Surely he hath borne our griefs, and carried our sorrows: yet we did esteem him stricken, smitten of God, and afflicted. But he was wounded for our transgressions, he was bruised for our iniquities: the chastisement of our peace was upon him; and with his stripes we are healed. All we like sheep have gone astray; we have turned every one to his own way; and the LORD hath laid on him the iniquity of us all. He was oppressed, and he was afflicted, yet he opened not his mouth: he is brought as a lamb to the slaughter, and as a sheep before her shearers is dumb, so he openeth not his mouth. He was taken from prison and from judgment: and who shall declare his generation? for he was cut off out of the land of the living: for the transgression of my people was he stricken. And he made his grave with the wicked, and with the rich in his death; because he had done no violence, neither was any deceit in his mouth. Yet it pleased the LORD to bruise him; he hath put him to grief: when thou shalt make his soul an offering for sin, he shall see his seed, he shall prolong his days, and the pleasure of the LORD shall prosper in his hand. He shall see of the travail of his soul, and shall be satisfied: by his knowledge shall my righteous servant justify many; for he shall bear their iniquities. Therefore will I divide him a portion with the great, and he shall divide the spoil with the strong; because he hath poured out his soul unto death: and he was numbered with the transgressors; and he bare the sin of many, and made intercession for the transgressors” (Isaiah 53).

Drinking Kabbalah water can cure cancer, or wearing the red string Kabbalah bracelet protects against evil. According to some reports, children of the Kabbalah members were threatened with illnesses if money was not forthcoming via their tithing system, and for members that left, dark forces would bring them personal tragedy.

As with all false religions and man-made doctrines, such fables and emotional blackmail only profits the religion in question, therefore this should be dismissed as simply ludicrous.

Yet according to the Times newspaper, if one has enough money (in this case $110,000) than Berg would eliminate this unfortunate barrier to a member of his cult!

If one walks close to God, one’s soul might obtain the light that can lead to immortality.

When the word light appears in the Scripture it refers to Christ, Who said, “I am the light of the world” (John 8:12.) And only through faith in Him, can one have eternal life (John 3:16).

Kabbalah can be used as a tool to improve one’s life in the world today. Whether one is Jewish or not, simply understanding these unseen spiritual laws can bring one happiness and material fulfilment (Berg).

Again, the Old Testament is silent on such claims. Also, the word sin, repentance and faith in the Messiah/Saviour, is never mentioned.

Apparently, other benefits from joining this religion are relationships, business, health and more.

In the charismatic movement today (apostate Christianity) this is called ‘the prosperity gospel.’ Again, Scripture is silent on such amazing promises.

The great tragedy, with this shadowy Jewish movement, is the fact that they and their members, not to mention most Jews for that matter, are totally unable to see that Jesus Christ is Israel’s Messiah.

The apostle Paul spoke about a spiritual blindness that Israel has long suffered from and will continue to do so until she repents and believes in her Messiah. And because all branches of Judaism are theologically lost as well, and are still wandering in the wilderness (but this time without Moses as their shepherd), one can only look on in sorrow and hope and pray that they come to Jesus as the soonest possible moment.

However, the good news is, that the number of Jews which are coming to faith in Jesus Christ is continually growing, and has probably not been this high since the Day of Pentecost, some two thousand years ago.