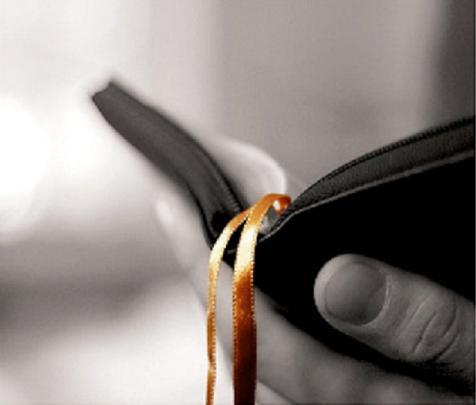 “In the first year of his reign I Daniel understood by books the number of the years, whereof the word of the LORD came to Jeremiah the prophet” (Dan. 9:2.)

The above verse should be read and re-read by Protestants and Catholics alike, for what we see here is how one of the Bible’s most respected prophets, when in dire straits, didn’t go to his priest, king or even his fellow man, but to the written word of God, for help and answers!

If only Rome and Protestantism did likewise, then perhaps the Inquisition and Reformation may have been avoided.

Here is Rome’s weak stance on the inspired word of God: “It is not from Sacred Scripture alone that the [Catholic] Church draws her certainty about everything which has been revealed. Both Sacred Tradition and Sacred Scripture are to be accepted and venerated with the same sense of loyalty and reverence.”

While compiling this article, I was in an e-mail correspondence with an Australian Catholic professor of Asian languages, who regrettably was under the false impression that Catholic apologists had rather successfully refuted Sola Scriptura. He also went on to tell me that the doctrine of Sola Scriptura was a 16th century one. While it is true that the Reformers did take a firm and bold stand for the re-implementation of Sola Scriptura, in their defence however, all they were doing was faithfully returning to the early churches position on this, something that had since become completely lost and confused.

The early church leaders believed and taught Sola Scriptura. One was Irenaeus, who amazingly wrote a letter titled Against Heresy.

This was written because of the dangerous and pagan Gnostics, who falsely claimed that they had extra Biblical authority/tradition, other than what the church had.

Irenaeus would go on to successfully refute the Gnostics’ claim, that not only were they and they alone able and capable of interpreting Holy Scripture, but that the Bible was not sufficient for all areas of doctrine. Yet, incredibly, centuries later, this argument was now reversed with Rome replacing the Gnostics, and Bible-believing Christians replacing Irenaeus! Other church leaders which clearly and distinctly affirmed Sola Scriptura, were Tertullian, Cyril of Jerusalem, and St. Patrick who through their letters went out of their way to uphold Scripture as their final and ultimate authority!

Tragically, the Catholic church gives the Bible mere lip service: “There is no evidence that Christ ever told His disciples to write books, or promised them His help in doing so…so far as we can learn from the pages of the New Testament, the Apostles did not leave any list of inspired writings, and, except in one solitary instance, they never once even allude to the fact that there were any inspired writings at all, except those of old” (A Catholic Dictionary, St. John’s Seminary, Wonersh, p. 168).

Yet the same church that thinks nothing of shattering one’s faith of apostolic authority in Holy Scripture will fight tooth and nail when it comes to their favourite passages being legitimate.

Try telling a Catholic, for example, that Matthew 16:18 isn’t apostolic, or John 20:23. Tell them that we can’t be sure whether Matthew actually got the words of the Lord right, or perhaps this whole chapter isn’t found in the best manuscripts. Watch them, all of a sudden, become Catholic fundamentalists who believe the whole Bible to be God breathed (Matt. 15:8).

Imagine having a conversation with a church leader in Corinth or Galatia, say the early second century. After the pleasantries are finished, you are told that one must keep the Jewish feasts, and even have your son circumcised if you wish to be saved from your sins. You obviously object to this, only to be told that this leader once knew Paul and Peter, and as a faithful disciple has “apostolic authority.” With the apostles now dead, how on earth would you be expected to know if he was telling you the truth or not? Without the word of God, one is totally blind to the truth of God’s will.

Because Catholics like to cite church leaders as being “apostolic” and “successes” to the apostles, and elevate their writings to be on par with Scripture, this leads to major problems and subsequent heresies. To avoid this, we must always examine church councils, papal encyclicals, and the church “fathers” in light of Scripture, and never the other way around.

The Bible is inspired and preserved. We can trust it totally.

Paul commended the Bereans in Acts for examining him and what he said in light of Scripture.

The Bible makes the following statements concerning itself and its total sufficiency for the man of God: “I will worship toward thy holy temple, and praise thy name for thy lovingkindness and for thy truth: for thou hast magnified thy word ABOVE all thy name” (Ps. 138:2).

“This is the disciple which testifieth of these things, and wrote these things: and we know that his testimony is true” (John 21:24).

“Wherefore I take you to record this day, that I am pure from the blood of all men. For I have not shunned to declare unto you all the counsel of God” (Acts 20:26).

“All scripture is given by inspiration of God, and is profitable for doctrine, for reproof, for correction, for instruction in righteousness: That the man of God may be perfect, throughly furnished unto all good works” (2 Tim. 3:16-17).

“For I testify unto every man that heareth the words of the prophecy of thisbook, If any man shall add unto these things, God shall add unto him theplagues that are written in this book: And if any man shall take away from the words of the book of this prophecy, God shall take away his part outof the book of life, and out of the holy city, and from the things which are written in this book” (Rev. 22:18).

It should be obvious by now, that God takes His word very seriously, and will punish those that try and undermine one’s confidence in it.

The following quote came from Cardinal Joseph Suenens, who said the following in 1974, while attending a charismatic ecumenical convention in Chicago, and this is what Catholics have been trying to get some of our less educated Christian friends to do, for centuries:

“Fly as high as you want with Mary for one wing and Peter as the other [typical, no mention of Jesus.] The trouble with you [that those of us that still believe the Bible] is that you are in bondage [that’s rich, coming from a priest] to the Bible.”