A friend of the ministry found this very interesting King James Bible from 1914 while visiting a local charity shop in his town. Inside was a fascinating handwritten note to British soldiers soon to be dispatched to France and Belgium at the start of World War I. This heartfelt note (see below) was from one of Britain’s most distinguished war heroes, Field Marshall Frederick Sleigh Roberts (1832-1914). 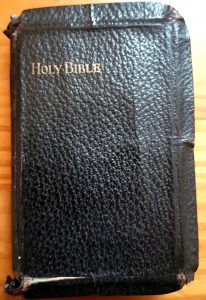 With millions of scared and impressionable young men waiting nervously to be shipped to the continent, Roberts knew only too well how one book and its message would be able to soothe their nerves and give them everlasting salvation, should they take heed to the message found in the Book of all books, the Holy Bible, how faith alone in the risen Son of God would save their wretched souls. One online source suggests 43 million free Bibles were rushed into print to cater for the dire need of these soldiers! 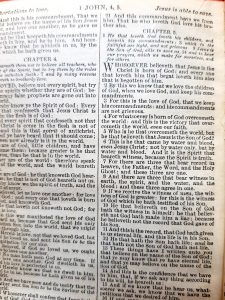 (The pages are almost immaculate with only slightly marked sections)

Incredibly not only would he personally inscribe hundreds if not thousands of Bibles during his dying days, but would die of pneumonia while visiting troops in France in 1914, just two months after dating this particular Bible from August 1914. 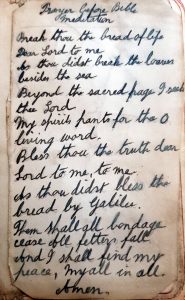 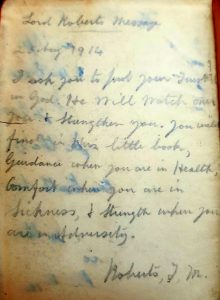 Also found inside this 105-year old Bible was a rare and unused stamp. It is unclear whether it’s Catholic or High Anglican, but we felt it was worthy of inclusion nonetheless. 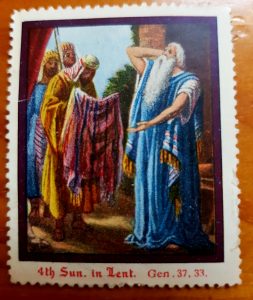