In the discreetly placed hotel manager’s small, but comfortable private office, Hermann was talking and listening intently on the office telephone to Heinrich (Himmler) who was now speaking quietly from his home in Munich. Walter with the aid of a convenient small earpiece attached to the telephone could also listen in as well to what was being said by Heinrich.

“I wanted to keep you gentlemen both fully informed or as the Americans say ‘up to speed.'” He began in his well known clipped manner, “about that personal problem concerning a young nightingale that we discussed at the recent opening of the new party headquarters. I explained then that this ongoing problem might just develop into a full-blown disaster for us and more importantly for our party. But first, how are the dear ladies enjoying the outing? He was, as Walter knew previously, referring to Geli Raubal, Adolf’s young niece.

Hermann decided not to inform Heinrich of Carin’s so-called disturbing visions that she had experienced in vivid detail in Nuremberg.

“Well they are both well I’m glad to say and with Carin’s delicate state of health, we now take each new day as a welcomed approval. But of course, as you know she is and has always been remarkably resilient.” He heard Heinrich grunt in agreement then skillfully changed the subject with a pause saying: “Well both the cars have caused quite a lot of interest as you can imagine and attention. I must say as I hoped that they would,” he said with some open pride.

“Today we’re hoping we can enjoy some of the local sights, maybe sample some of the town’s famous smoked beer…”

Heinrich then broke into his meanderings and came to the purpose of his important call.

“Now Hermann, as regards that developing problem concerning our young aspiring opera singer, a plausible scenario is being studied here. And I’m quietly confident it will solve all our serious future dilemmas. I remember she informed you that she had a taste for grand opera … well in my limited knowledge of music there is never or has ever been a happy ending in any opera … if you know what I mean.” Hermann heard him clicking his fingers recalling past heroines.

“Such tragic ladies as Tosca and Mimi and the tragic Madame Butterfly we all certainly know about.”

Hermann could have mentioned himself those other musical heroines who he recalled from his own youth. Such as Isolda and who can forget Carmen? His own limited knowledge of opera had been learnt under painful suffering in draughty sitting rooms years earlier in his youth. Listening then to scratchy acetate records when frequently invited with his parents to draughty Bavarian castles, then as a boy, when he so desperately just wanted to be a soldier in the service of the Kaiser and later as a proud aviator. And this he achieved with distinction.

The conversation was interrupted by a polite knock on the office door, then a young man entered offering a folded note for Hermann.

He accepted it, read it briefly then nodded to himself then said: “It’s from nurse Stanic.” He silently mouthed to Walter.” I’m needed upstairs it seems she needs me.” He lifted the telephone to his ear saying: “Thank you Heinrich for all the detailed preparations. It seems very plausible for what you’re doing for us all and again well done. Let’s talk again very soon. Now it seems I’m needed by Carin.”

He handed the phone back to Walter and then excused himself. Walter and Hermann had both decided earlier in Munich not to inform their wives of the final arrangements being formulated by Heinrich concerning the future fate of the young and rather naive and doomed little Angela Maria “Geli” Raubal.

Karen had always previously referred to Geli as a sweet but rather simple girl who wouldn’t hurt a fly. Carin thought the girl was awfully out of her depth in the swirling political sea. Both chose to ignore any crude gossip offered to them concerning Adolph and his rumoured relations with his niece with utter distaste and annoyance.

But the precious minutes of Geli Raubal’s short life were now slowly ebbing away like any retreating tide. And nothing now could or would stop the consummation of her demise. And sadly she was completely oblivious to what was waiting in store for her. Soon that angel of death so loved by the poets would pass over Munich to claim the life of this young girl. And within a few years, it would make many other cruel appearances over a small suburb of Munich simply known as Dachau (see our video).

“Nothing I should not know about is there Walter?” enquired Heinrich who was alert to a tone that he detected now in the timbre of Walters’ voice.

“I’m not sure” began Walter cautiously.” About our driver Kurt Ludeke there’s something about this man that makes me suspicious about him and his ulterior motives”

They discussed Walter’s still unconfirmed doubts concerning Ludeke. Then Heinrich finally terminated the call before promising to look into the background of Ludeke. Finally offering some brief friendly words of farewell saying: “Until then Walter please explore and enjoy with dear Karen the delights of Bamberg.”

Then the telephone was replaced by Heinrich and the connection from Munich was terminated.

Realising he was unexpectedly now alone in the manager’s office, his policeman’s honed instincts urged him to have a look around. He then looked around this rather modest room thinking it shouldn’t be a problem. He turned and gently pried open a tall wall cupboard. Hanging inside on a wooden hanger was a spare smart single-breasted suit. With some embroidered white monogrammed expensive silk shirts hanging next to it. A pair of patent evening shoes and strangely enough a pair of worn muddy Wellington boots. With a polished pair of brown oxford brogues next to them, all stood side by side. The bookcase revealed a man with varied reading interests as well such as `Castles on the Rhine and the Cardinals Mistress’ and a surprisingly dog-eared copy of ‘My days as a sou-chef in old Peking’. Several Baedeker well-used guidebooks could be seen as well as expensive angling and archery books. And surprisingly the hardback biography of Abraham Lincoln of all people. Then after a hunch, he gently eased the heavy framed picture he had first noticed in the room depicting Niagara Falls away from the wall revealing a recent purpose-built chubb safely secured into the wall, just as he expected.

He carefully replaced the picture thinking it just might be worth a second examination sometime soon to see what contents might just be revealed.

Then he planned how he would dispose of Kurt Ludeke and he felt no concern or remorse for what he would do.

From outside he suddenly heard the chilling scream of an animal in pain, maybe a rabbit being scooped up by an eagle or another brutal bird of prey. The brutal law of the jungle that Darwin in his disillusioned mind proclaimed where only the fittest could survive at the expense of others seemed logical to Walter. But he would always be a proud Patriot and serve under the Fuhrer’s firm leadership. But Germany would be a great nation again then taking her rightful place in Europe and the world. He glanced for some odd reason at the Niagra Falls’ oil painting. And he then speculated if he and Karen would ever visit the falls. Perhaps maybe for a future anniversary or birthday. Who knows. Perhaps Heinrich just might come with them. But he doubted it and hadn’t Heinrich always detested water, especially the sea. And it’s always unpredictable dangerous turbulant waves. He would usually quote the following:

“I looked upon the sea

Then he decided about what he had to do and do it quickly. 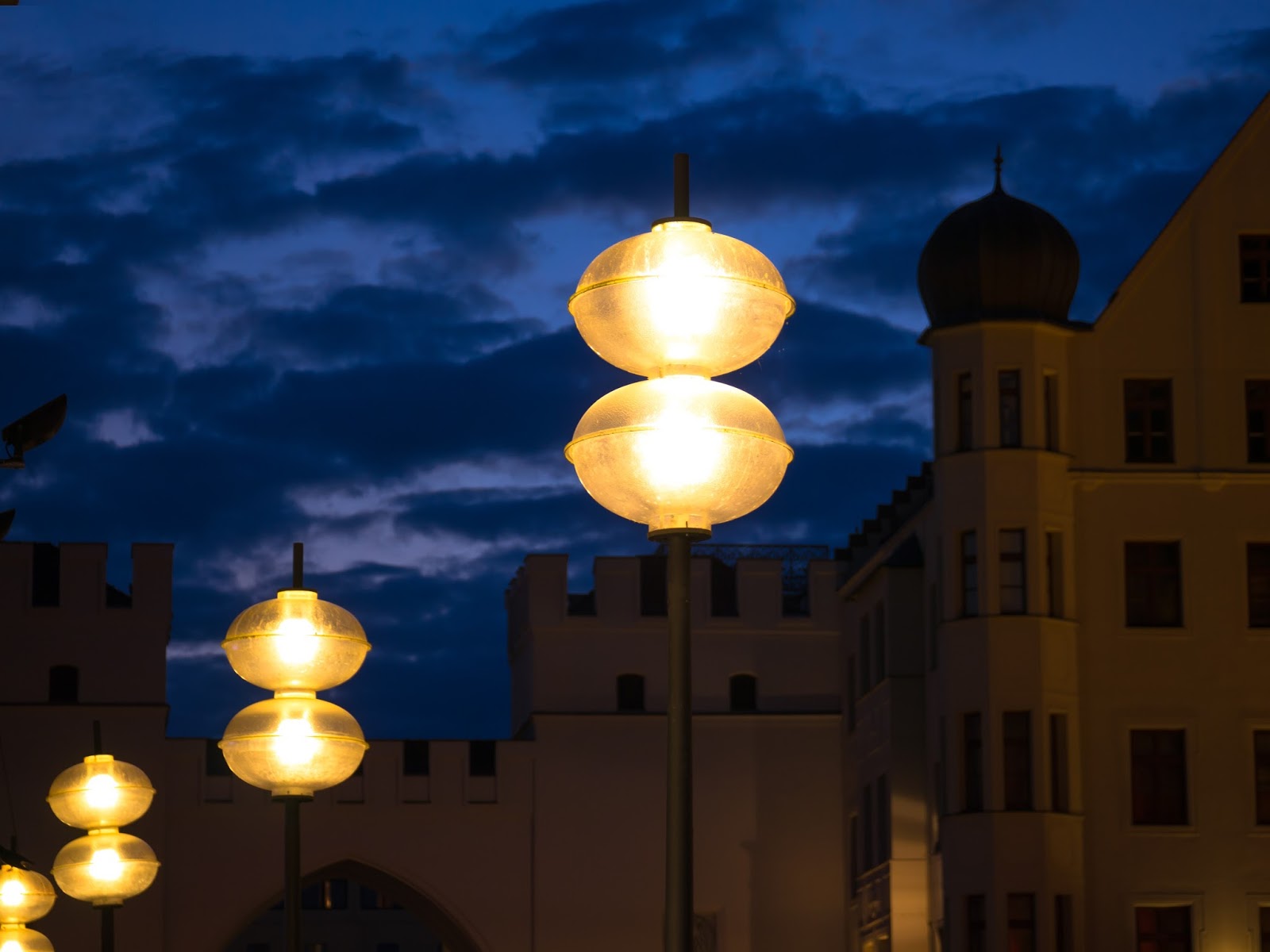