And true to his word I departed to reluctantly leave for my home and leave him happily to remain with his beloved books alongside his jars and pots and antique scales. An authoritative voice from outside announced its shrill presence demanding to be heard: “Open up in the name of the duke” a man shouted in annoyance. I recognised it straight away as the duke’s unpopular master Sergeant at Arms usually serving in the secured castle armoury. I had always disliked this man and his arrogant manner and his cruelty to the dogs and horses that I had witnessed myself many times subjecting them to continual beatings often to the point of near-death!

The brother slowly walked to the door, opened it and looked nonchalantly at the pock faced man and said nothing.

“Are you the medicine man that I have heard so much about in the kitchen scullery?” this uncouth man asked in a rather mocking and angry manner.

“I have been called that amongst other things as well as many other unkind titles and kind titles … so what can I do for you, my man?” replied the brother with a faint smile on his beardless face.

I smiled to myself at this unusual request seeing that the man was now visibly angry at this condensing request. He flinched as he spoke: “I am to inform you that Lady Louise will be arriving in the morning. So just make sure you’re here and remember your place … pox doctor!” he sneered. “And clean yourself” up he added with a parting sneered shot.

The brother’s always kind face remained impervious from this direct insult from such a mear castle servant who now was almost it seemed on the edge of even more anger erupting from his pockmarked dirty face. And then with that, he turned and quickly mounted his horse and with some difficulty it seemed – due maybe to advancing muscular rheumatism remarked the brother later to me – and digging his silver spurs with anger into that poor horse’s scared flank he hastily departed to the safe enclosure of the castle walls without looking back in a cloud of dust.

Then true to the Sergeant’s sharp ordered command, an hour before the lady’s expected arrival the next May morning word had arrived and was delivered from a nervous palace servant. Now notifying the brother that the lady Louisa herself would be seeking the brother’s medical advice. No reason had been offered. And the brother would be expected to have himself prepared and ready for presentation and her inspection before her gracious arrival.

The next morning we both prepared the cottage as best we could for this unusual unexpected visit. Fortunately, there had been no rain or turbulent winds the night before her visit. So the brother, thankfully, had no ‘little ones’ from the dense forest wildlife scurrying in for shelter and comfort. And also flying in to seek some shelter under his usually offered roof space.

He had produced from one of his sturdy travelling cases a splendid silken-heavily embossed tablecloth adorned with a pattern as I later learned were those distinctive ‘fleur de lis’ images. He carefully placed this over the large four-legged table and placed his assorted sized healing bottles onto a smaller side table leaving only his used scales, notebooks, quill pens and an ancient microscope now all on open display and ready for his use if needed. I noticed he had delicately placed some special stopper glass sized vials separately into a plate with some coloured tissue paper placed next to the dish close to some white ribbons for some reason. He then carefully placed a heavy velvet curtain over one of the more studier upright chairs. Obviously, this special place was to be reserved solely for the lady to be seated herself upon her soon expected arrival into our humble abode.

We heard their expected arrival long before they arrived in our sight. The magnificent horses with painted black hooves beat brisk tattoos onto the hard ground as they approached the cottage. And there she finally was comfortably riding side-saddle on her favoured white horse with her feathered hat secured by many heavy pins placed precariously onto her head now being held high. And with her striking emerald eyes being pointed directly ahead in open defiance it seemed to all standing and staring around her presence was simply ethereal. Her natural perfect poise always dominated all standing around her. Two uniformed attendants were riding closely on either side of her and followed by her two faithful young ladies in waiting. They were now both seated uncomfortably rather close together in a polished open pony trap. Four armed grim-faced soldiers with pikes held high brought up the rear for display and any protection for the lady if ever required.

It must have been the first time her ladyship had ever entered or visited our village, but then why would she?

I had seen her frequently myself from afar many times, of course, usually riding in the hunts and sometimes with a hooded falcon perched precariously on her delicate gloved wrist. And always she seemed immaculately dressed to shear perfection like a vision. 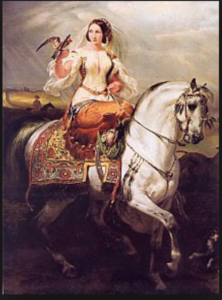 Many of the villagers who were not then toiling in the fields or working the castle confines would come out to observe and gaze in wonder at this procession of pomp riding past them without offering them a second glance. But to me, this lady of the castle had always been the most beautiful woman I had ever seen. Of my then young hard inexperienced life or of the other villagers’ daily suffering and pain she probably knew nothing about any of us or cared even less but that would quickly change very soon to our village and to surprisingly… myself.

When they arrived one of her ladies in waiting jumped quickly out the pony trap and helped her mistress descend from the horse. Quickly placing a heavy rug beneath her slippered foot. An order was given to the two-foot soldiers to station themselves quickly around the rear of the cottage that was quickly carried out. The two mounted soldiers did so after climbing down from their steads then placed themselves by the front door of the cottage standing rather like sentries. No stranger would now enter whilst they were there it seemed!

I stood rather nervously behind the brother as he walked towards our distinguished guest and to my surprise, he greeted her in English, although at the time I didn’t know what language he was addressing her in. And she seemed very surprised at this and rather quickly answered and greeted him in the same friendly manner in English. They then conversed naturally with each other for several minutes. Then he turned to me saying with a dismissing kind smile: “Away you go young Rory now … home to your dear mother.”

Then the lady turned in my direction and fixed on me with those piercing green eyes. They were pointed at me as if by an Amazon Yanomami tribesman’s sharpened poison-tipped spear. And then unexpectedly she smiled and said with a slight degree of sincerity: “Goodbye young Rory.” I was so surprised at this gentle command that I just complied with her authoritative request. And also that she had addressed me by my new given name also pleased me greatly.

And they then turned and both walked into the prepared cottage, she being the first to enter. The door being silently closed after them.

I now stood alone unsure of what really to do next and with the two sentries looking down at me and laughing with open contempt. But I then knew just what to do. I suddenly turned and ran home with most of the villagers staring at me with some calling out “Why is the lady here?… “Why does she need the brother?”… “What will the duke say and will it affect our lives and will he be angry and punish us all in our village? “bleated one old woman as I ran past her.

But I could not answer because I really knew as much as they did and what I did know wasn’t worth much anyway. Then finally I breathlessly arrived home with much to inform my surprised mother of what I had seen and heard. I was very excited. 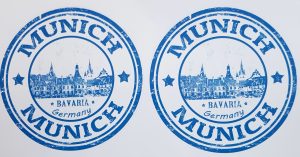