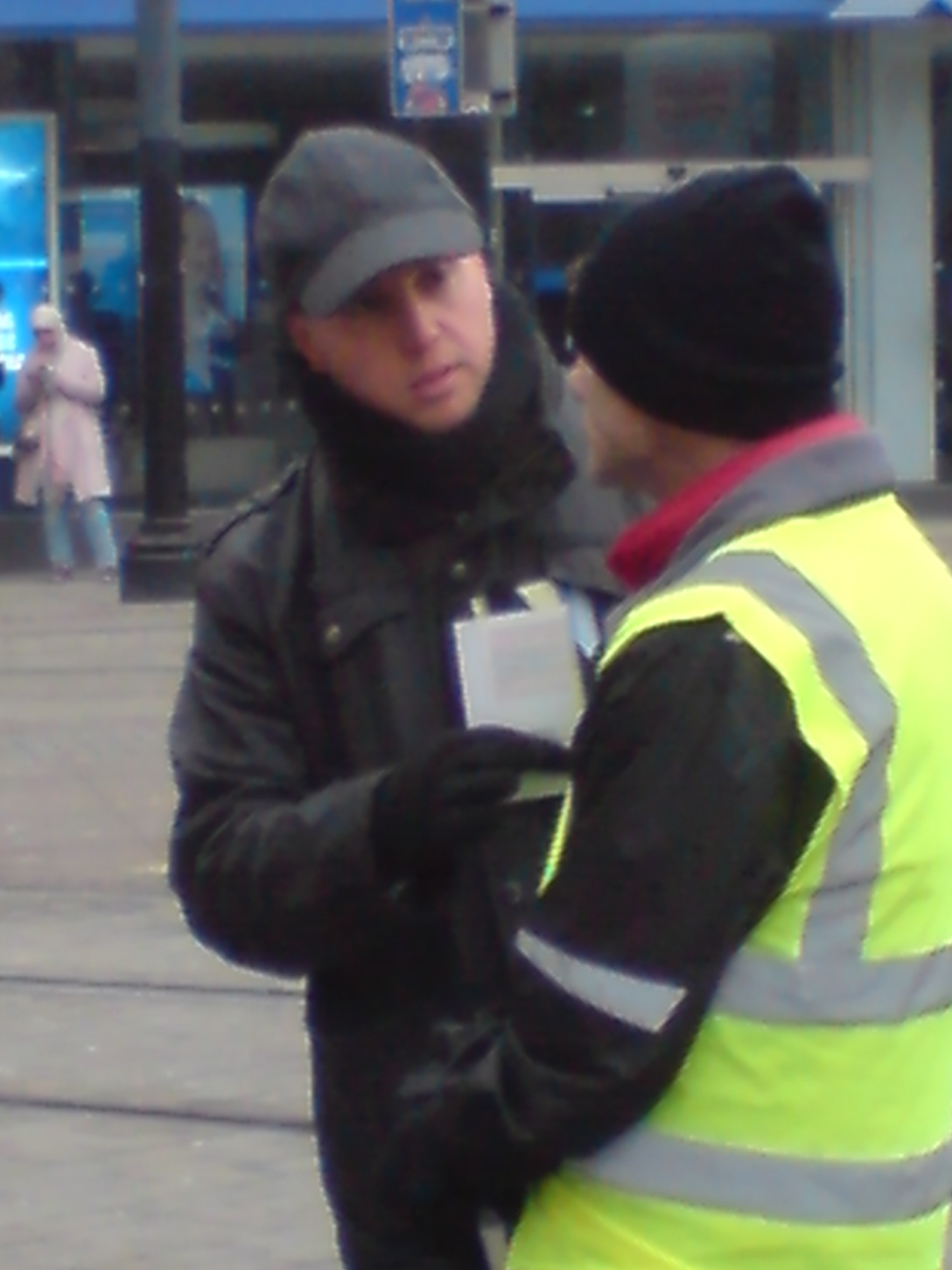 A freezing cold January with snow and ice witnessed a busy start to the New Year for us, along with a sister flying in from the US to join us for some open-air street work.

During one of our busy outreach days, a local street cleaner asked James for a free King James Bible, which he happily gave him.

Over the next 30 minutes or so, James clearly articulated the Biblical plan of salvation and encouraged him to receive Jesus Christ as his own personal Saviour. (The hardest part when witnessing to ‘religious’ people is to try to sincerely and patiently assist them in their desperate need to go from knowing of Jesus, to actually being introduced to Him personally).

When asked if he knew Jesus personally, and if he would like to know Jesus personally, he said he would, so James prayed with him to receive the Lord Jesus Christ and to be set free from any problem or hindrance that was blocking him from being born again.

With the snow now falling and with our offer to talk with him more before we packed up and finished, he thanked us for our time, and then returned to his work. Whether or not he was actually saved at that precise time is unlikely, but he certainly left us in a much better place than when we found him, and for that, the Lord must be blessed and thanked! 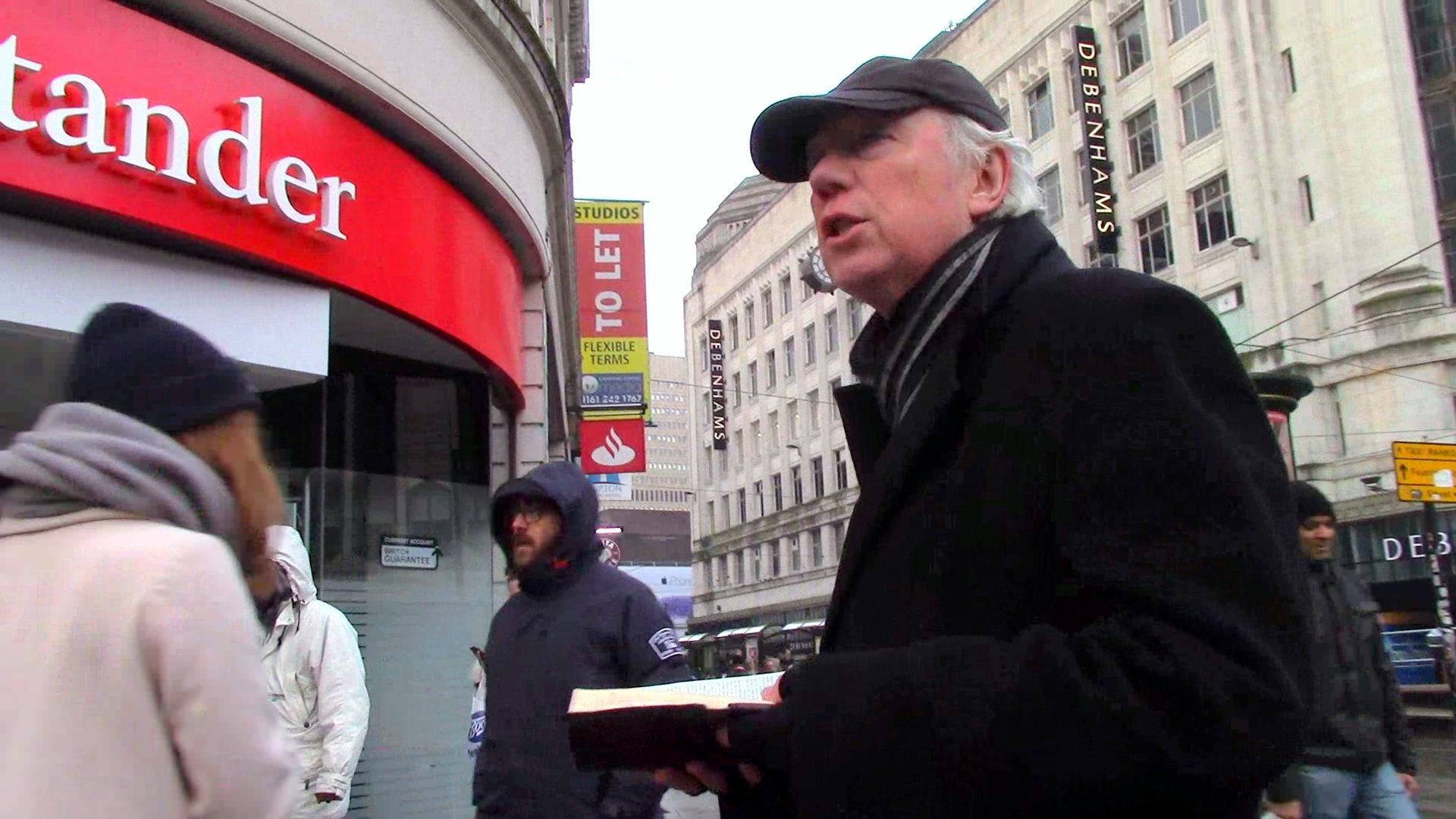 Patrick also witnessed some memorable conversations, ranging from a high Anglican who argued rather foolishly with him about Mary only giving birth to Jesus, to an irate and ignorant woman declaring rather loudly how there was ‘no God,’ to an ‘apostolic female priest’ seemingly more interested in discussing the current ‘relevance’ of the Jewish Sabbath with James than in answering his initial question, was she born again? She even pointed at her clerical collar (the infamous dog collar) twice to somehow impress how ‘holy’ and ‘special’ she felt she was in the eyes of God.

Another good witnessing opportunity offered itself when a young lady doing some market research happily stopped to talk, which resulted in her receiving the gospel and tracts, and also a total stranger who walked over to James (after recognising him from the Internet) to say how much he appreciated his videos, and was blessed very much by our ministry. 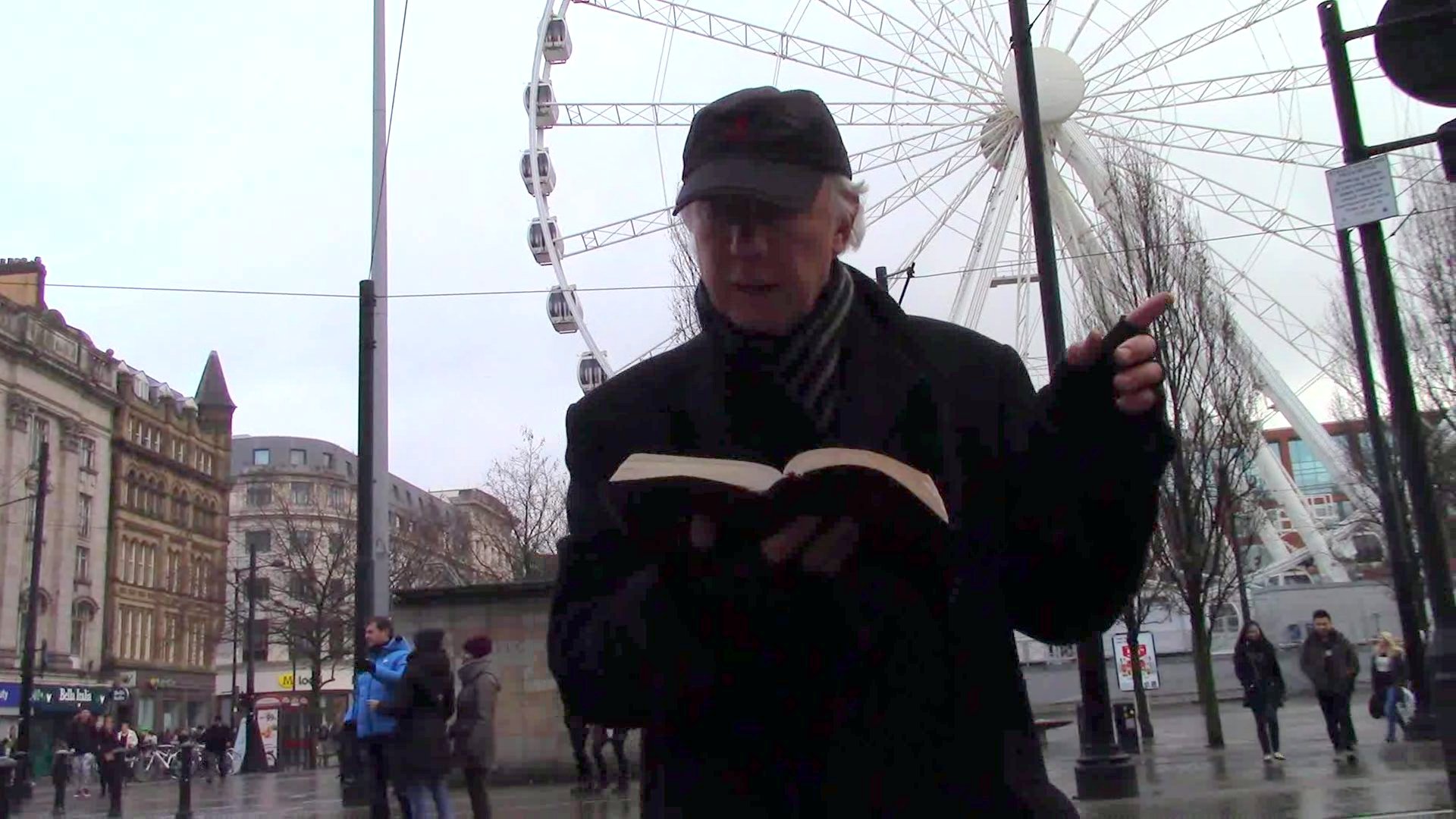 One Darwinist even stormed over to James, demanding how old the universe was. James answered his question with a question, ‘How old do you think the universe is?’ He replied, ‘13.5 billion years old,’ to which James replied, ‘So, you are trusting in the science religion to save you.’ A bit more banter between them entailed, but with the Darwinist not being in the least bit interested in the gospel. All James was prepared to do was leave him as he found him: proud, arrogant, and deluded. (Never cast your pearls before swine).

But the strangest encounter of the month must go to the man who asked James if Jesus ever said He was God, now worship me. Before James decided whether or not to even reply to this apparent ‘challenge,’ he asked the man if he was a Muslim or not. For some bizarre reason the man not only refused to reply, but then started to recite some Arabic prayer for what seemed to last for 20 minutes (it was in fact 20 seconds or so). Well, it transpired the man was a professing Christian, more concerned about how we witness to Muslims on the street, than actually trying to win lost souls to Jesus.

For this deceptive and juvenile behaviour James rebuked him and cut his time with him short! Some people really do have more time on their hands than they should.