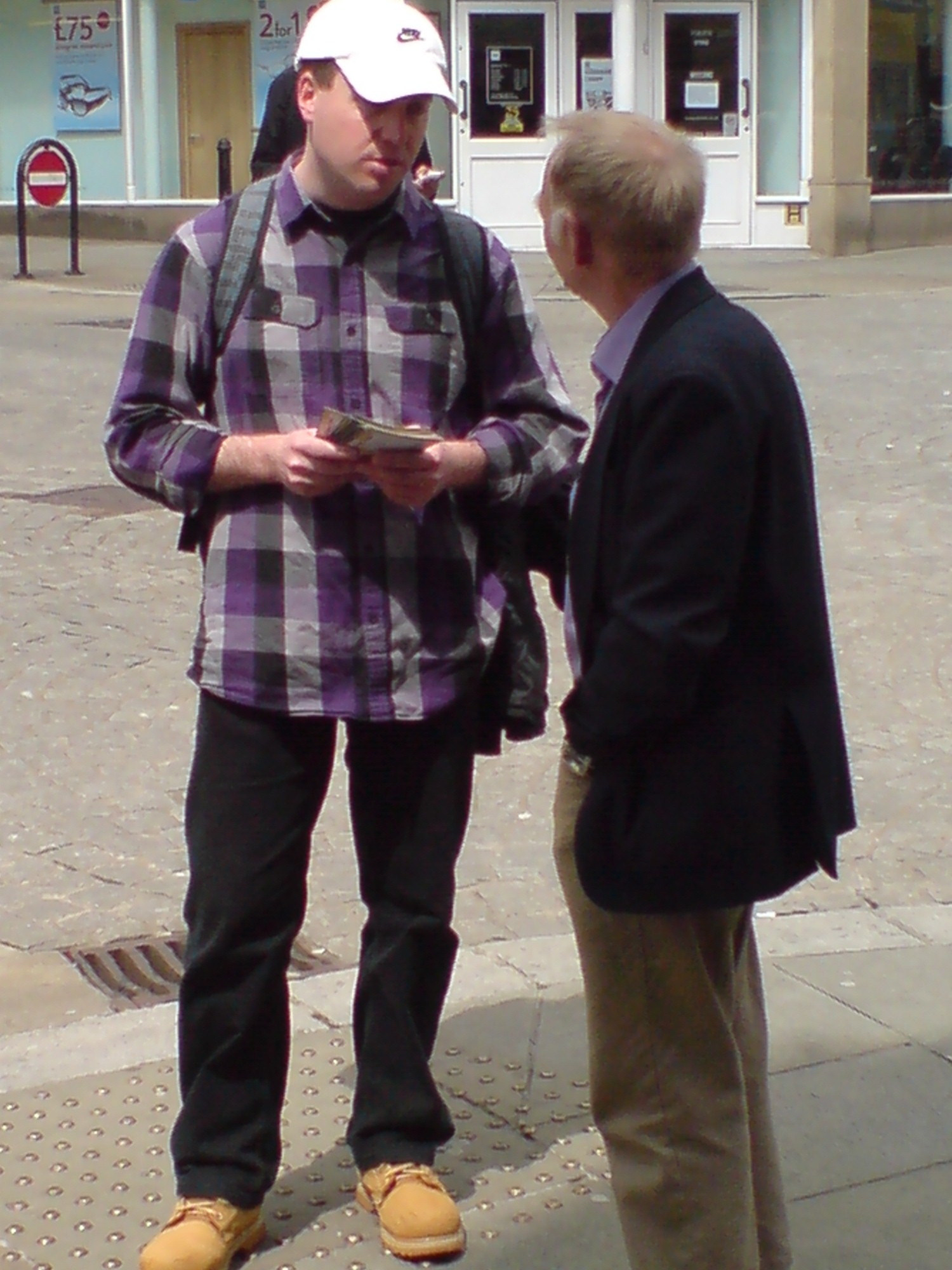 “You don’t go straight to Heaven when you die,” this man said to me. It turned out that this chap had briefly studied with the Jehovah’s Witnesses and now attended a liberal Anglican church.

Sadly for him, he held to soul sleep and therefore I opened my Bible and showed him 2 Cor. 5:8, and further went on to explain how the spirit of a saved party is already in Heaven with the Lord (Eph. 2:5-6).

He shock his head in disagreement and so I showed him some more verses and spent a good 25 minutes proving this to him.

One just never knows whom one will meet on the streets, but this witness encounter allowed me the opportunity to also discuss the rapture and other important subjects too.

He did take my tract and thanked me for my time. May the Lord bless this productive conversation indeed. 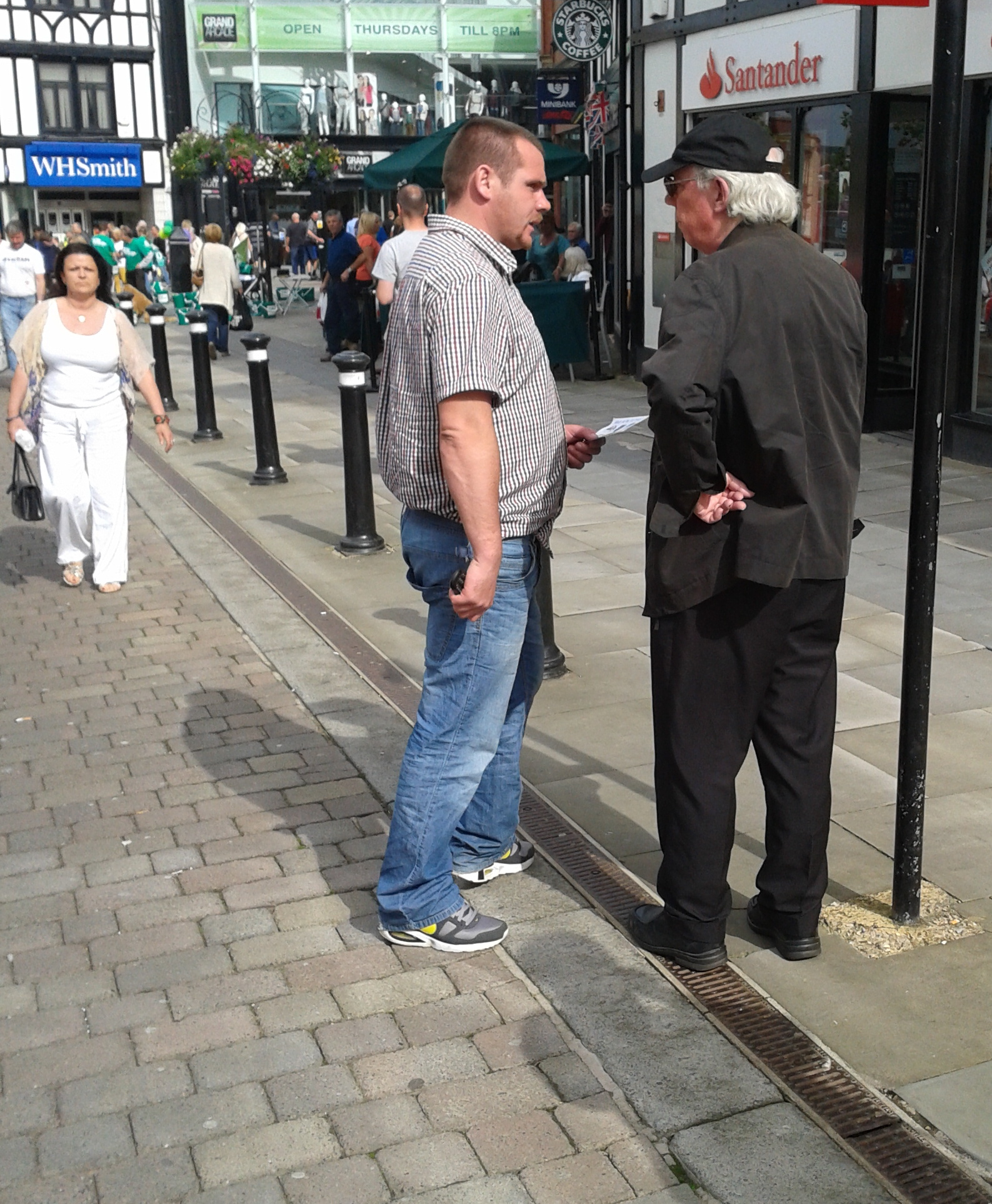 This man tried not to accept an offered tract but eventually did, pausing just long enough to explain to me that he is a Catholic.

I quickly explained (I had a mere few seconds) that religion, whatever its denomination, will not and can never save anyone, and that you have to repent.

He nodded and went on his way. Whether he listened to what I quickly said I have no idea, but he did take the tract, placing it in his pocket.

Who knows, he might just give this some serious thought, I hope so. 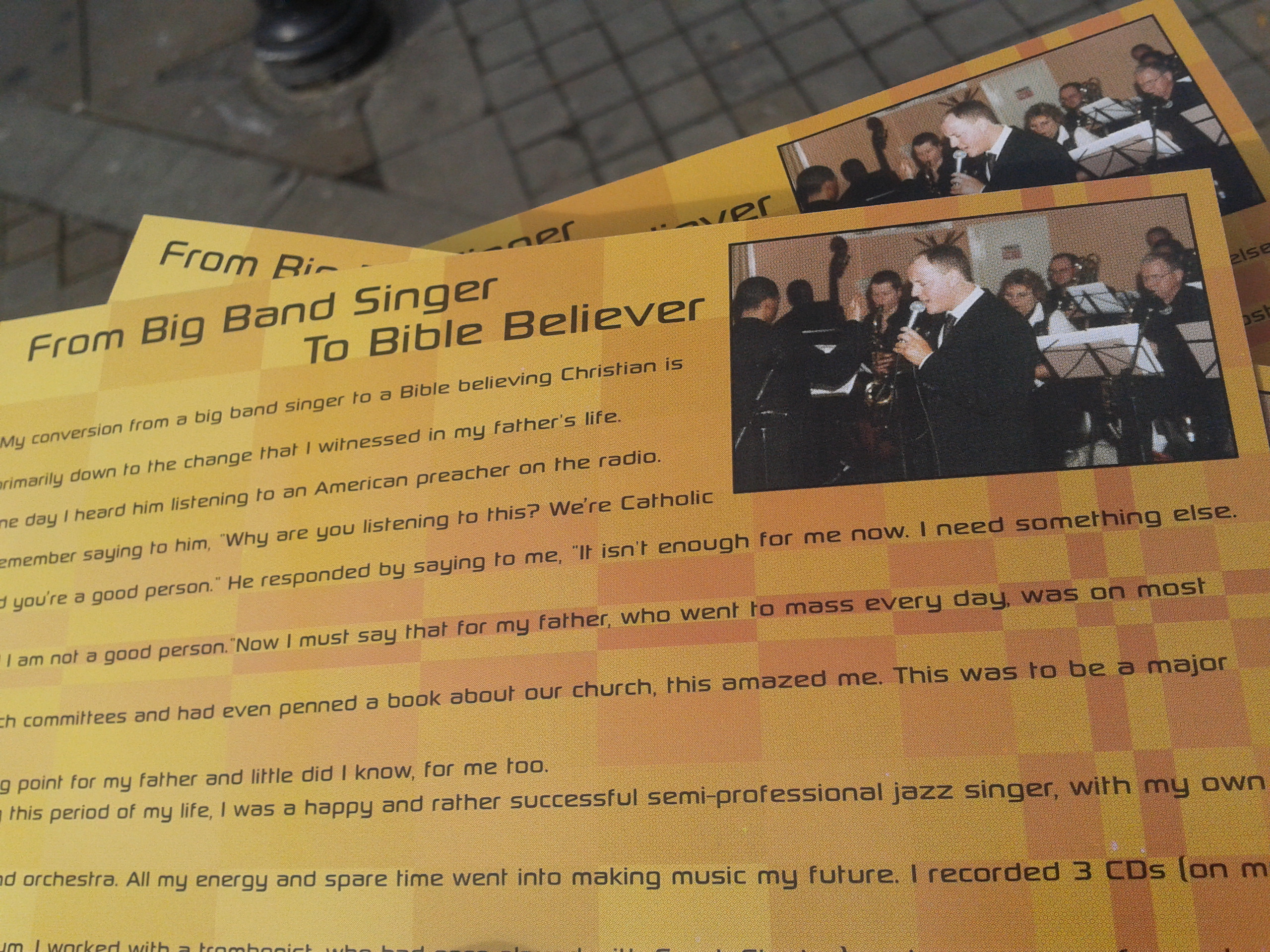 A very kind party paid to print off 10,000 copies of James’ testimony and turn it into a Bible tract.

Within an hour of taking delivery of them, we managed to distribute over 100 copies.