We took the following photographs, during our visit to Germany, to demonstrate the terrors and unspeakable evils that occur, when man (whether Nazi or Communist) departs from a Biblical faith in God and treats their fellow man like nothing more than a ‘glorified animal,’ a technical term used by Darwinists. 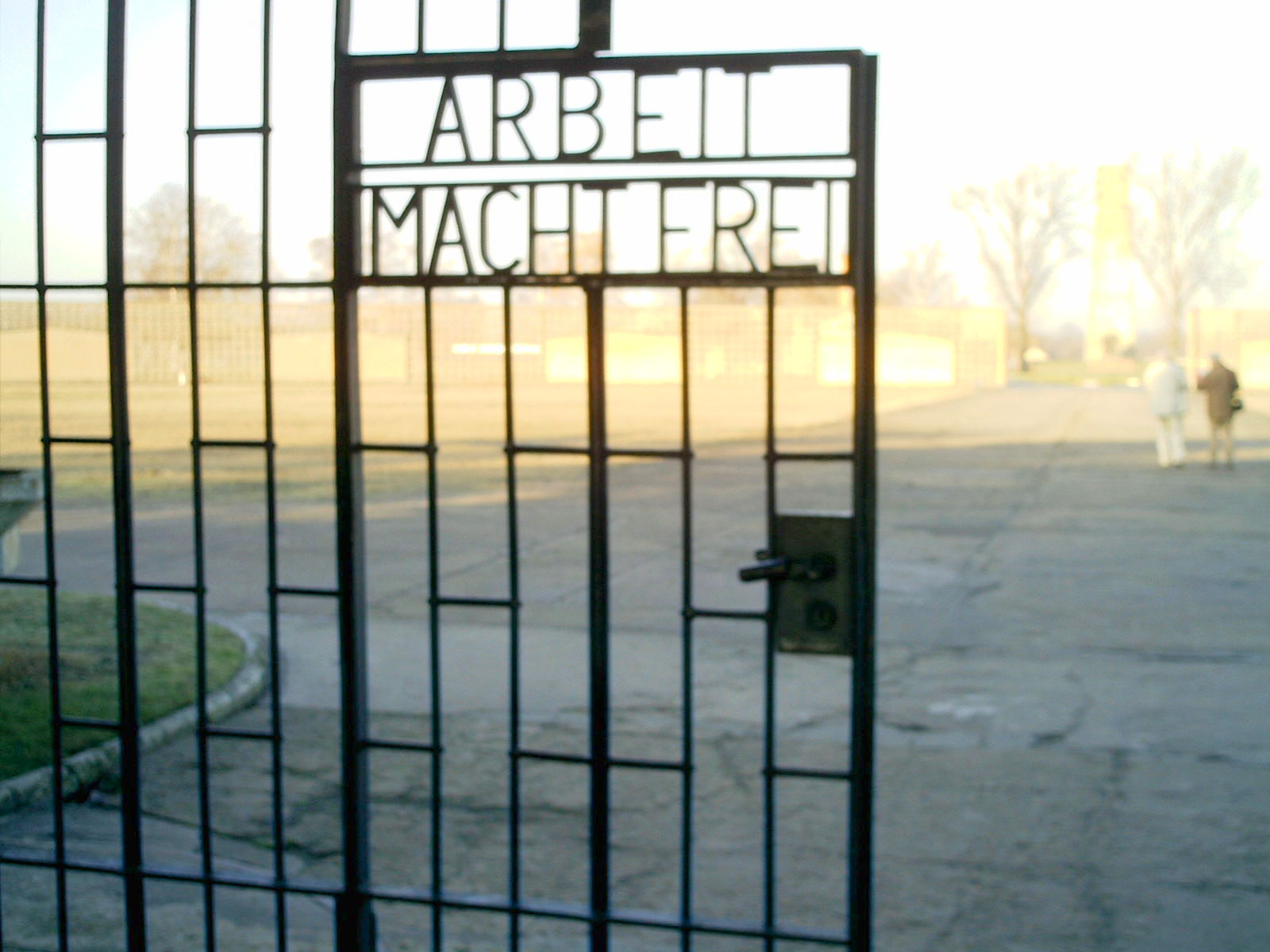 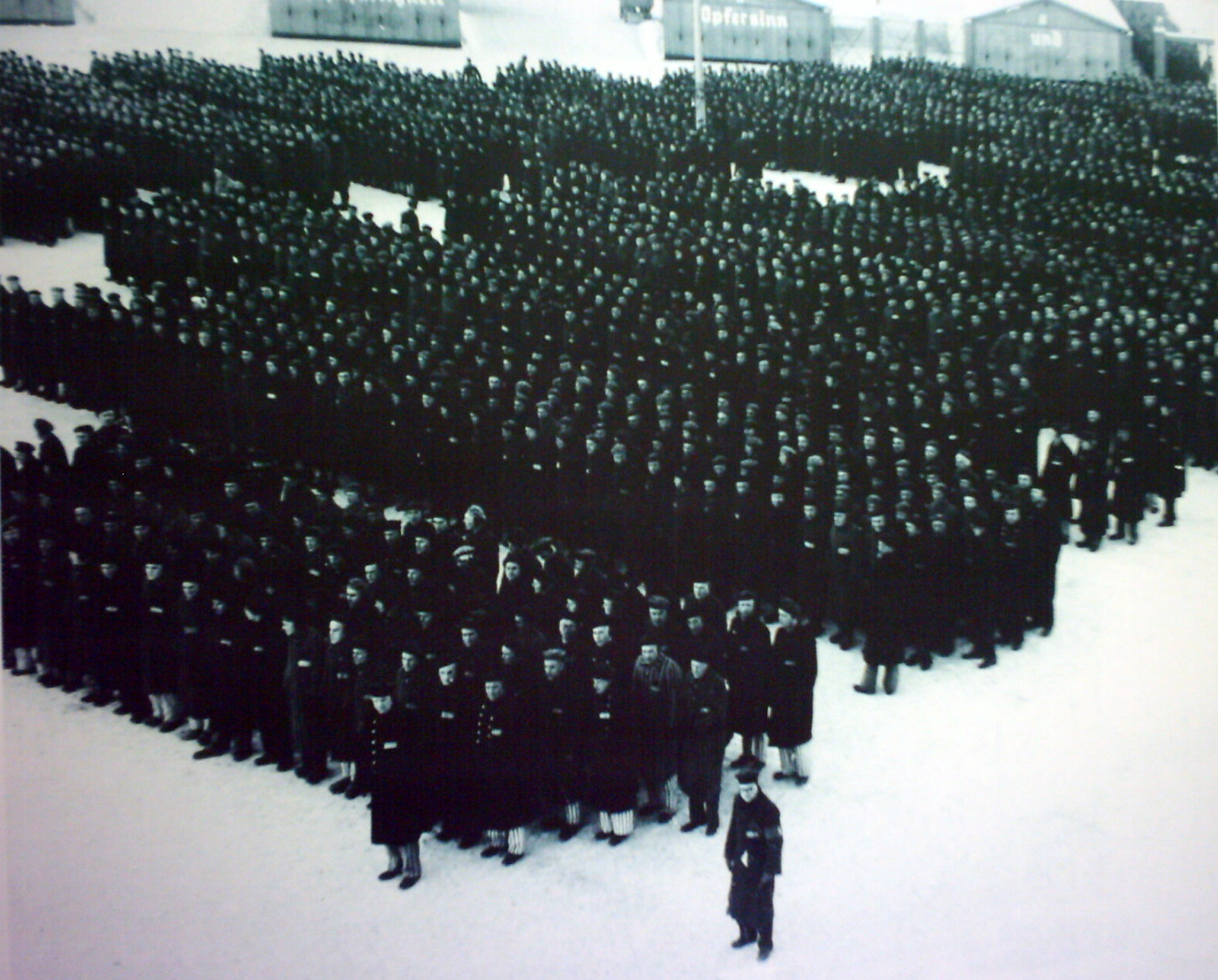 (Thousands forced to stand in line for the daily morning count) 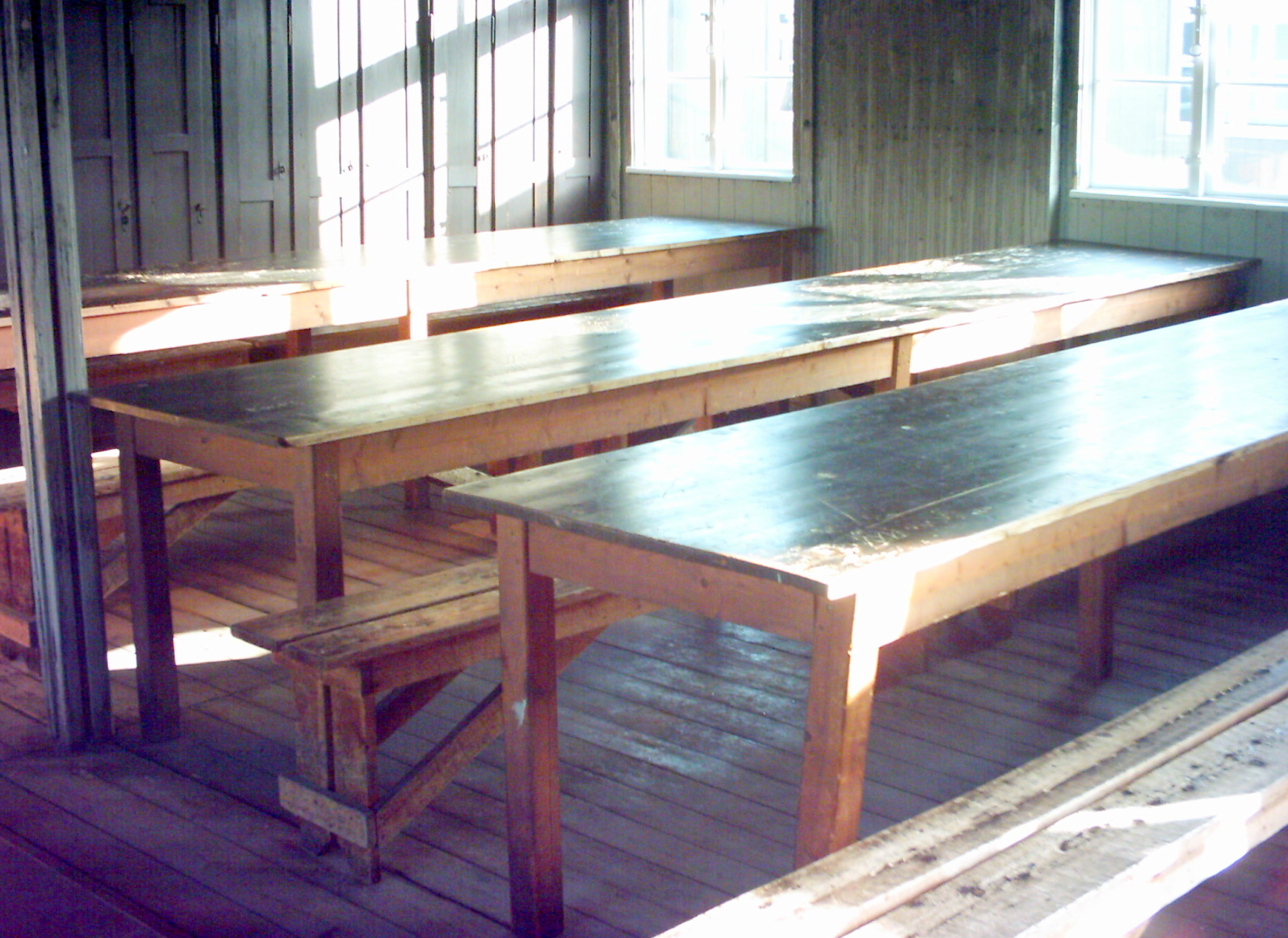 (Tables where prisoners ate their pittance of food) 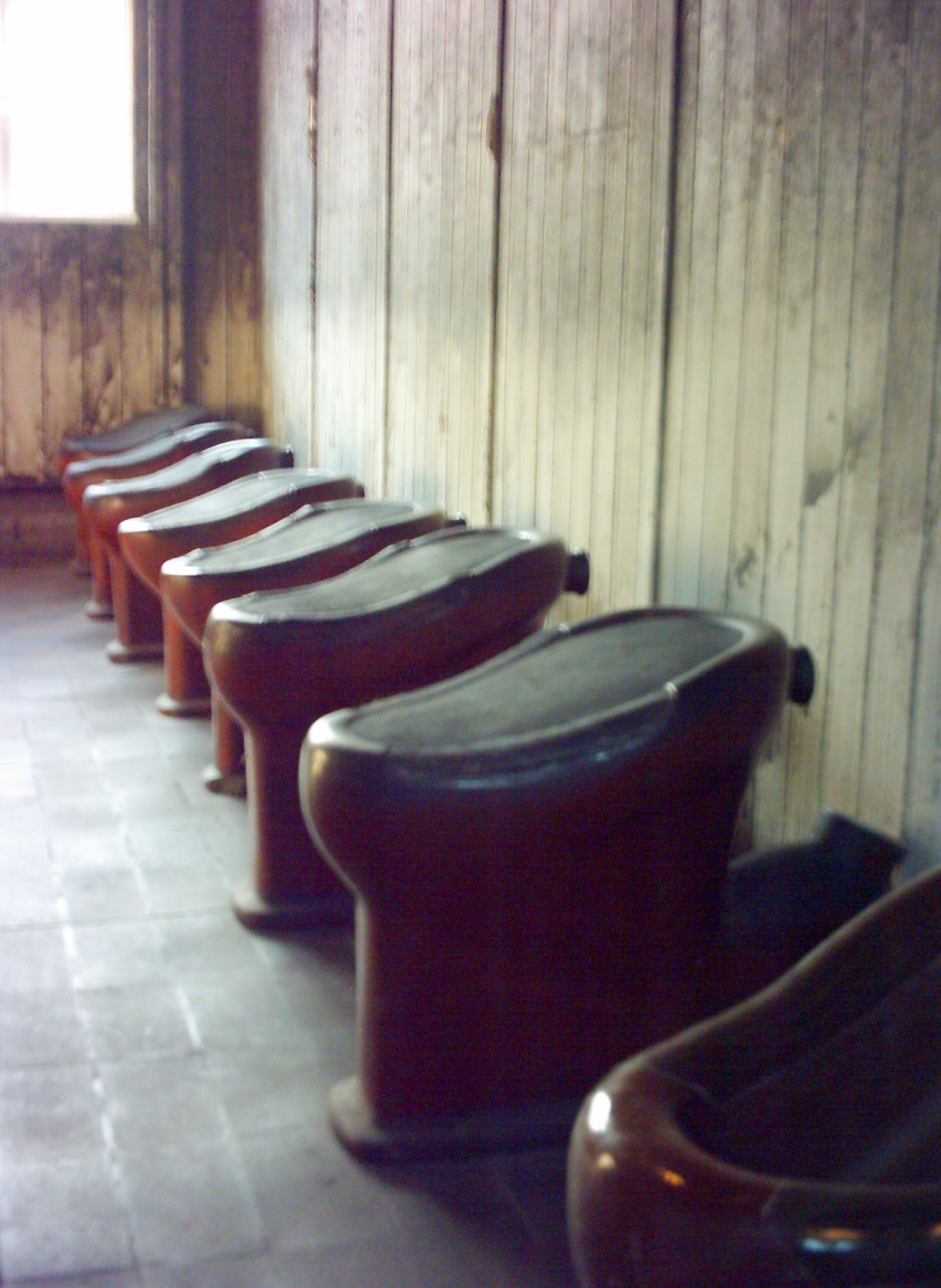 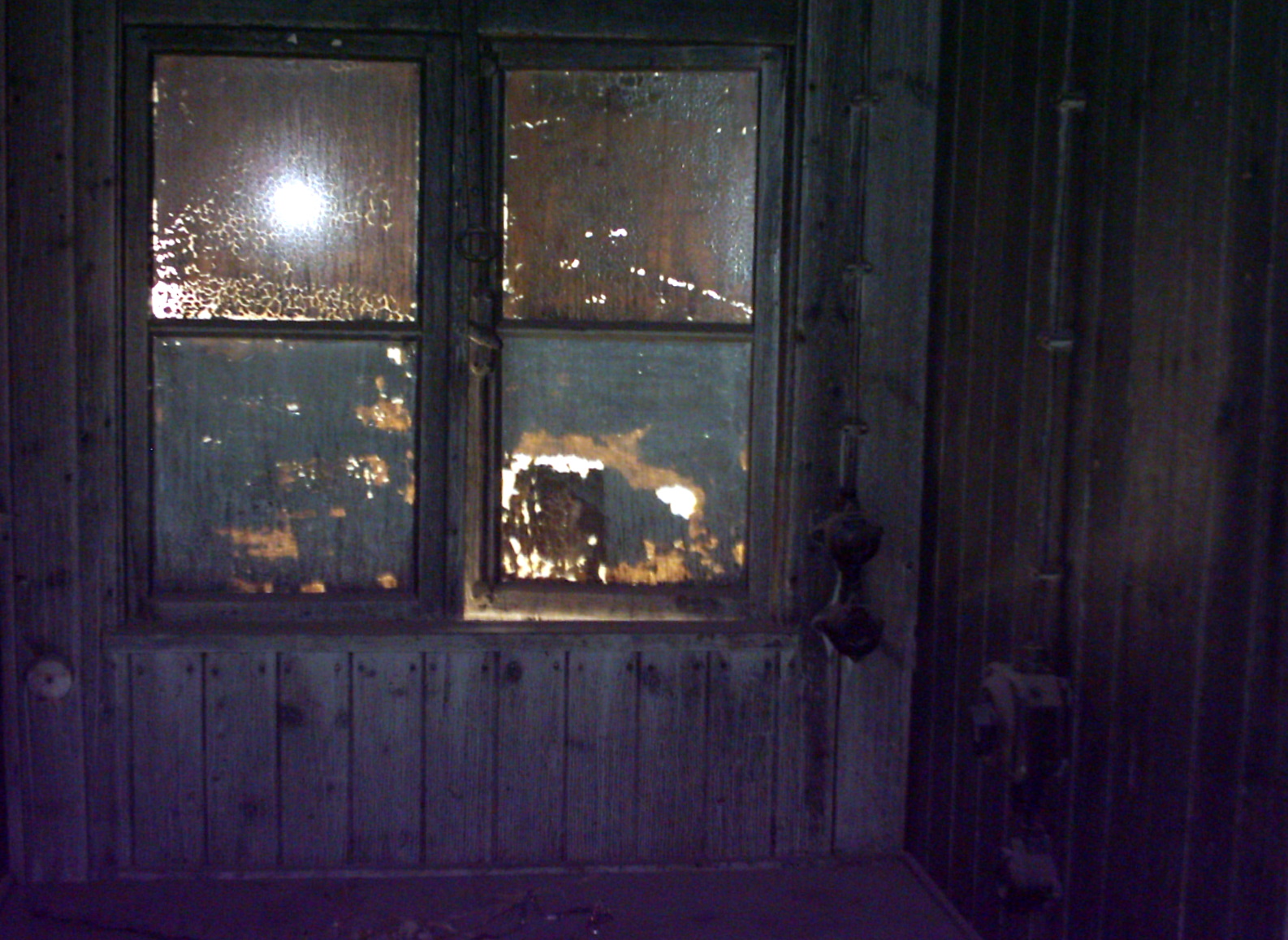 (Hundreds were suffocated in this broom-cupboard) 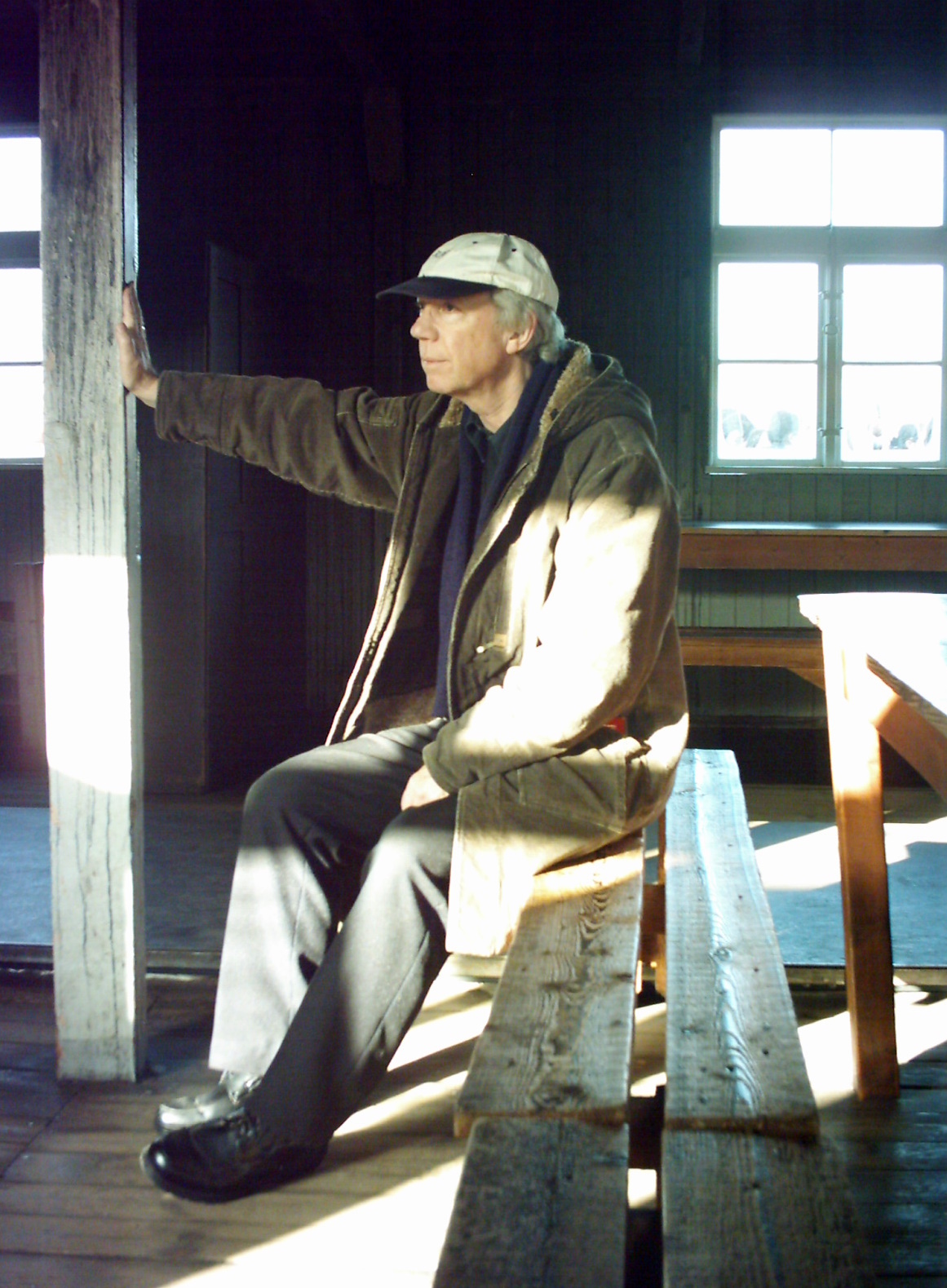 (Patrick sits in silence, where these poor people sat, waiting for their daily slop) 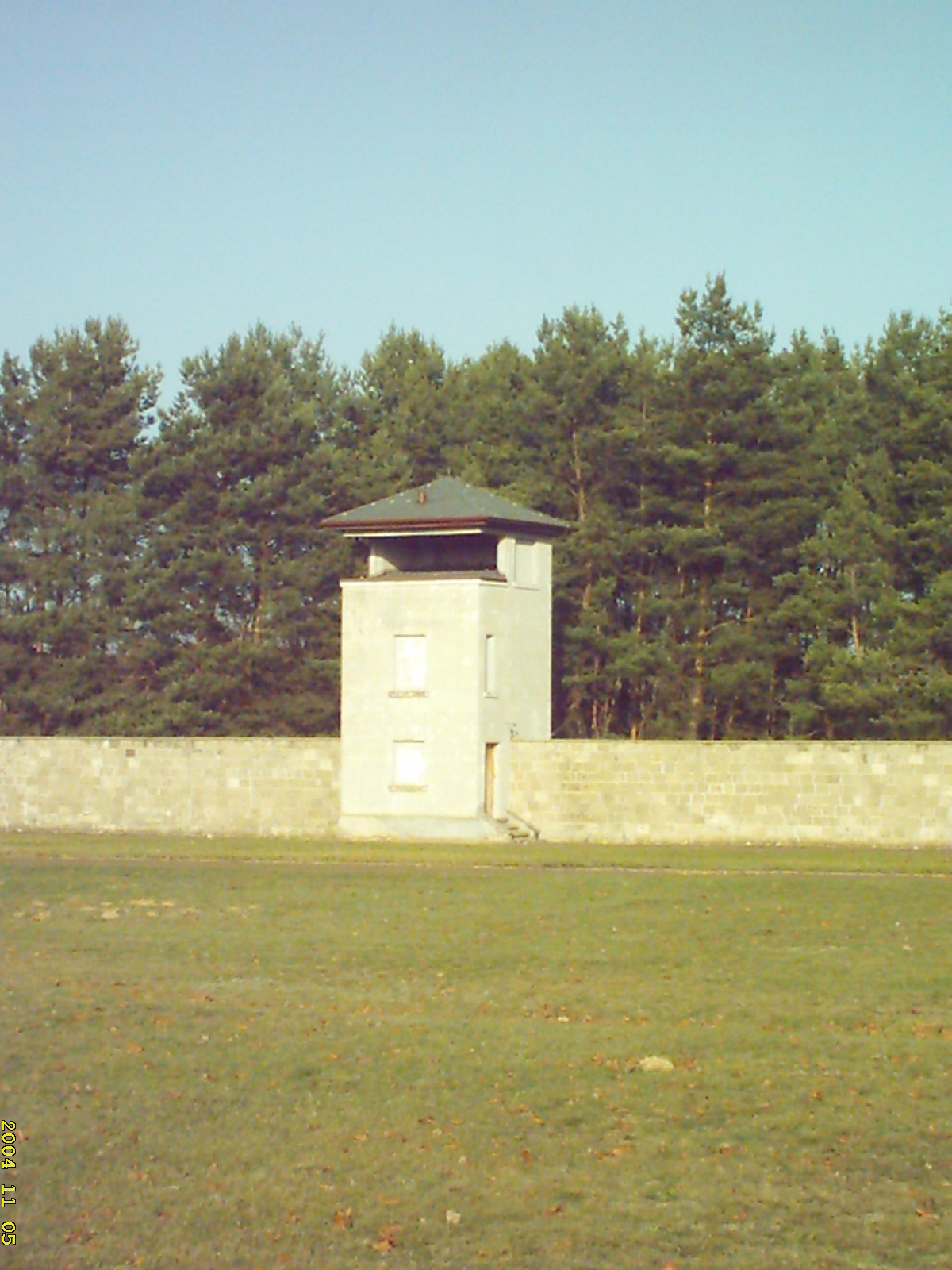 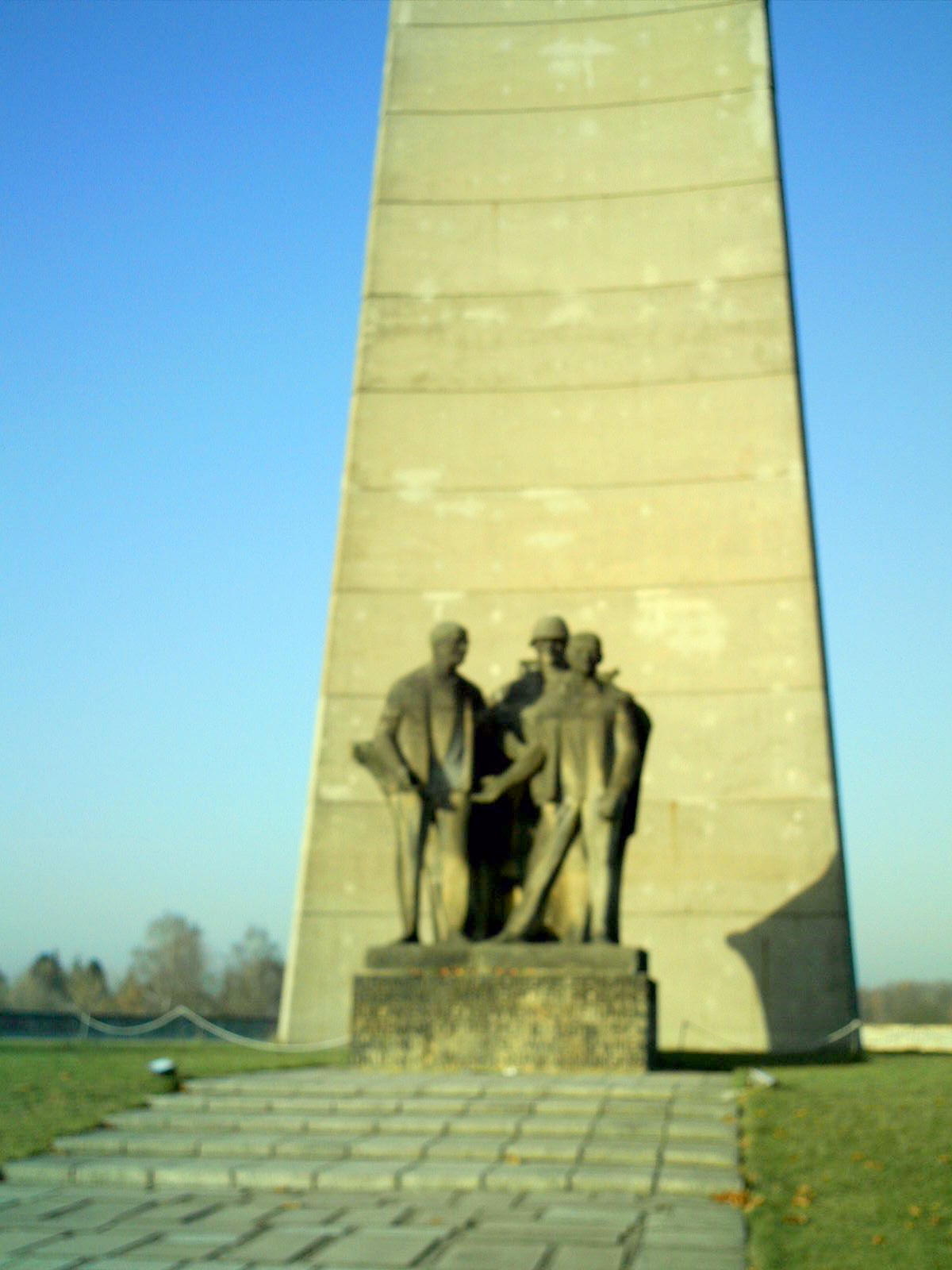 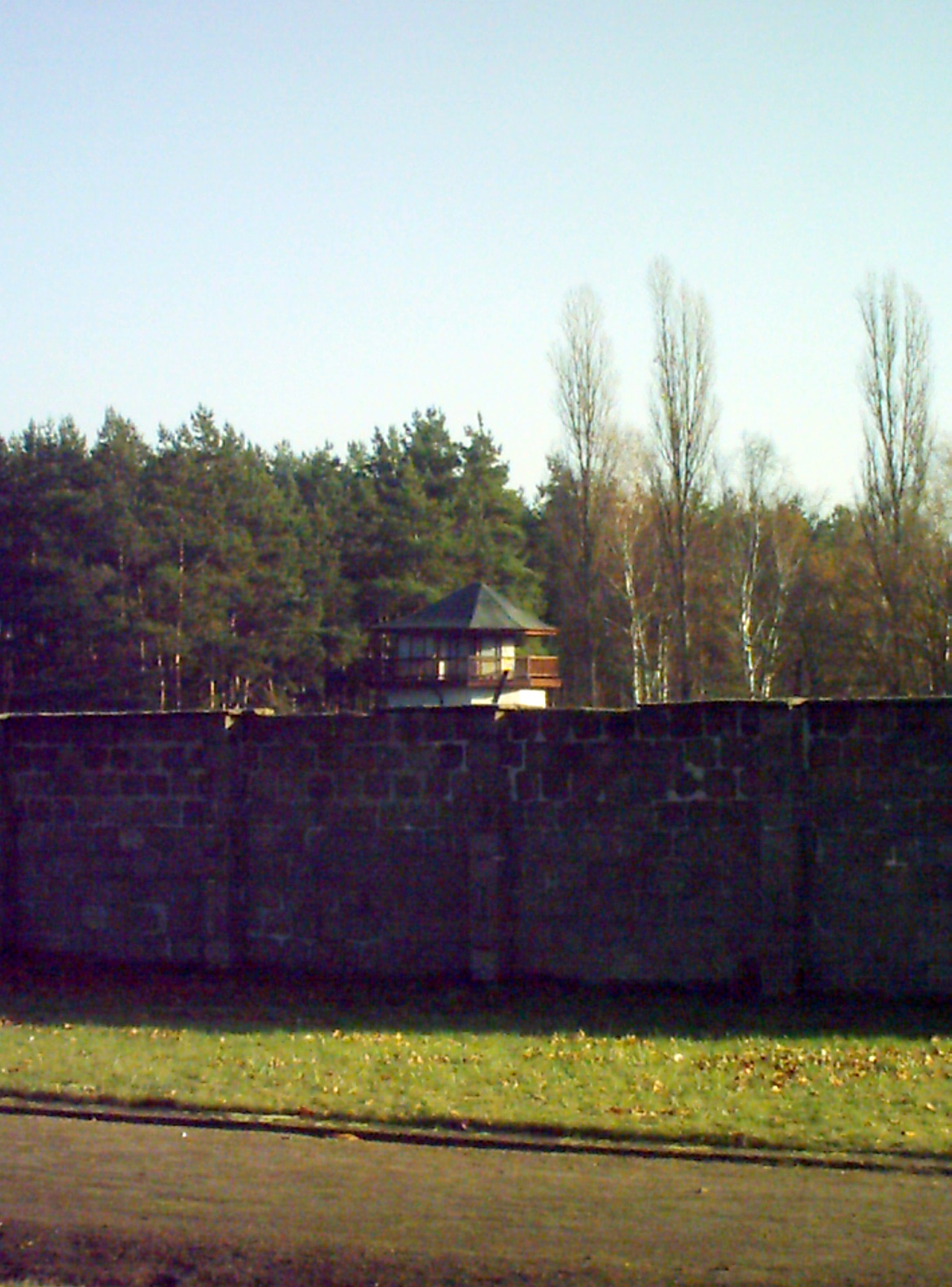 (Memorial for the thousands of Russian soldiers that died here) 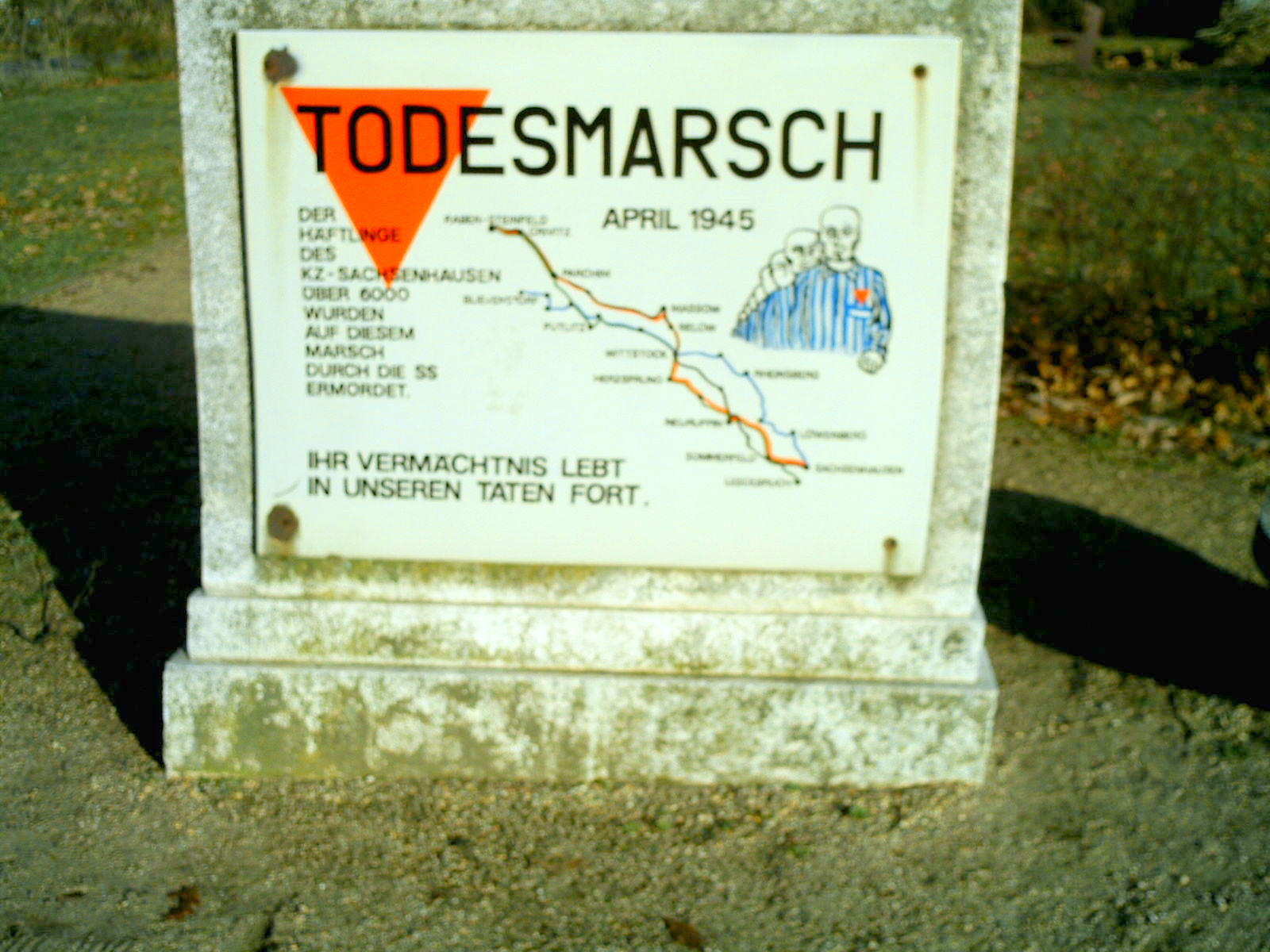 (Famous landmark, outside this death camp) 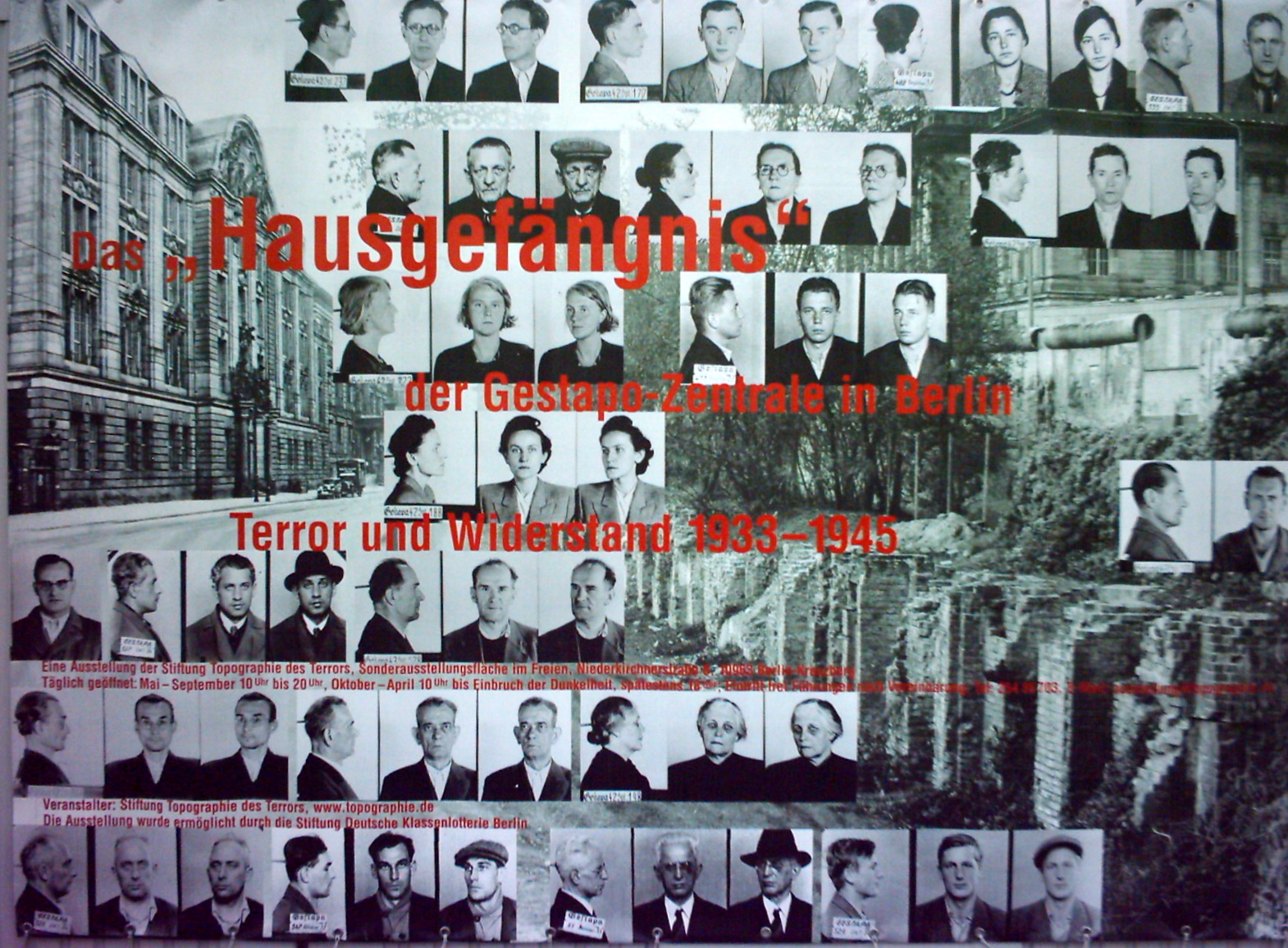 (Actual prison cells where Dietrich Bonhoeffer and others were held) 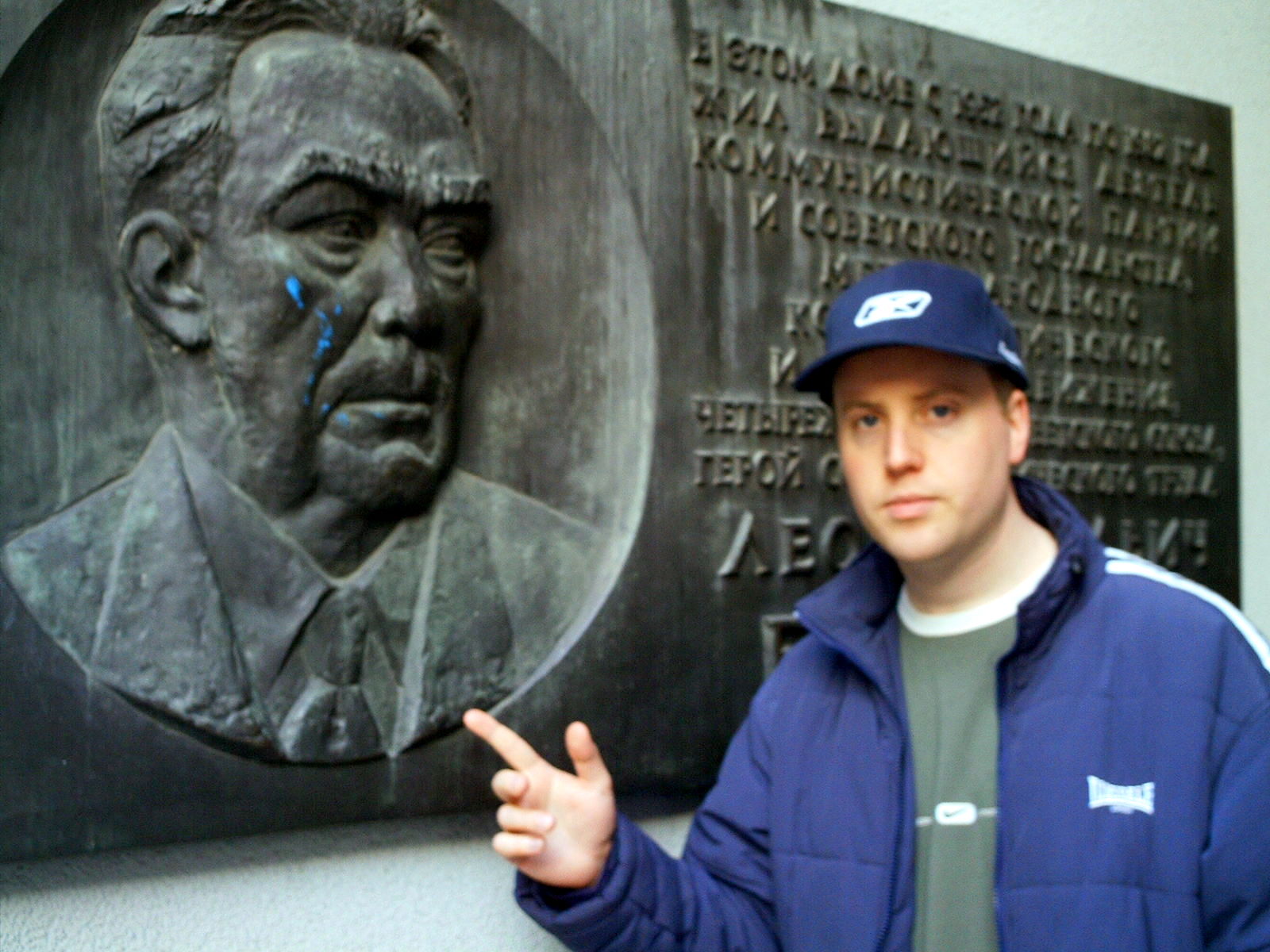 Today in Berlin the imposing building that was Gestapo headquarters: 8 Prinz Albrecht Strasse is no more. Yet for over 12 years, thousands of opponents of the Third Reich were brought here for interrogation, torture and punishment, before being dispatched to the numerous death camps in Germany.

It was indeed the house of pain that was presided over with relish by Heydrich and Muller and other sadists. Some of the atmosphere of fear still permeates over the exposed ruins today. And with few of the holding cells still open to the public, much of the despair and sadness can also be felt within those tiled walls. Both my son and I, after two visits to the ‘topography of terror,’ experienced this and will never forget its rather bleak persona.

Our itinerary took us on a train journey outside of Berlin to visit the Concentration Camp Sachsenhausen. Built on the site of a former brewery in 1936-1945, much of the camp remains the same as when the Russians liberated it in 1945. Sadly only to be used by their own secret police until the early 1950s, when the Stasi occupied the building to hold detainees. In fact with the fall of the Berlin Wall in 1989, recent excavations in the camp unearthed thousand of murdered bodies. Many still to be identified.

On the day of our visit, it was clear and sunny. We wandered around on our own and saw several groups of German teenagers being given a guided tour of the camp. They looked bored and uninterested, with many sending texts and receiving them, perhaps from other school groups within the enclosure. And what grounds they are! A vast area of open space. At one point during the war, over 50,000 Russian soldiers were marched here to die of starvation, weather exposure and torture.

It is claimed that Joseph Stalin’s son, Yakov was one of them. Through the forbidding camp gates would walk or be dragged or marched Catholic priests, Jehovah’s Witnesses, Christians, scientists, socialists, homosexuals, trade unionists and many other brave opponents of the Nazis. And I suspect born-again Christians too.

I can only hope and pray that from their mouths during those terrible years in this enclosure, came the inspired word of God (John 3:3-7), preached without restraint in this factory of death. And maybe many souls listened, repented and were saved before death claimed their broken lives.