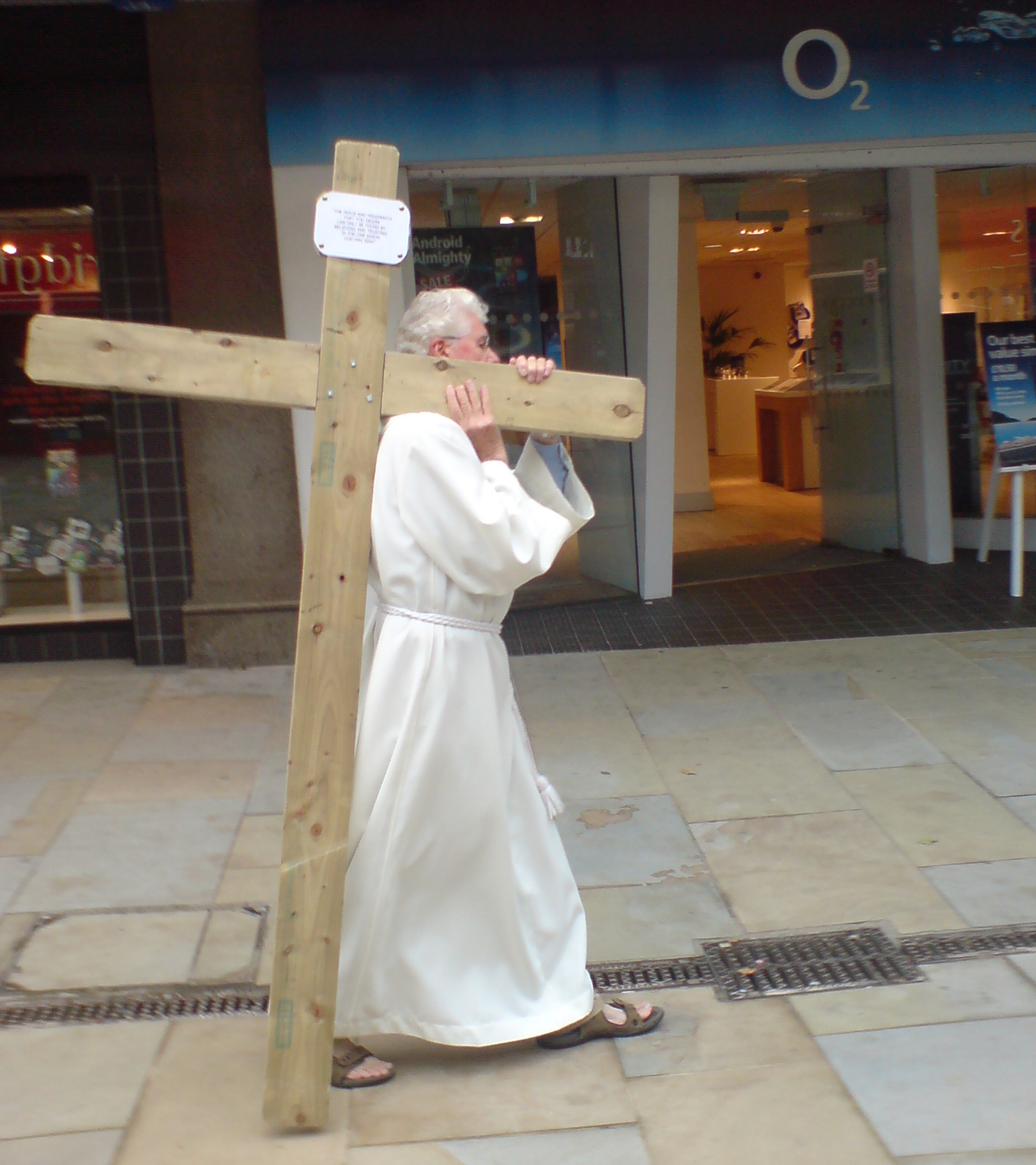 Part of our weekly outreach is handing out Bible tracts outside the local railway station to mainly office workers and others returning home after a long day. I have to say many do indeed accept this gift of a free tract, with some passing kind encouraging comments.

Just recently a lady who attends a church in a nearby town paused and talked to me. It seems she had seen us doing this before and wanted to say that the harvest is great but the labourers are few. How true.

She then informed me that she had stopped attending a church that offered a strong Calvinist emphasis on the Holy Bible. Many of the teachings had concerned her. So in between distributing tracts I tried to explain the differences there are. Later she seemed quite shocked and wanted to think about what I had informed her.

In the meantime who should walk out of the station but the vicar of the college, I had had a dispute with concerning my leaving Bible tracts in the so-called “prayer room” last year.

When he saw me offer him a tract he politely declined as if I was offering him something unclean. He then said a few silly words to me and walked away. (He had, of course, recognized me.) My Christian lady helper looked at me in amazement of what she had heard and seen. So I explained to her about what had happened to him in the past. “And he’s supposed to be on my side,” I explained to her. Oh well, the good thing is she stayed on and asked if she could help me, so I was delighted by her offer and I’m pleased to say she did very well.

In conclusion, I suggest there are too many people sitting in too few pews who have no idea or understanding of what that church or its pastor are promoting. They remain spiritually illiterate. Remember the only way to escape what is coming soon is to find refuge in the Lord. Wake up because He is coming soon!