During a flying visit to Manchester, which saw me distribute about 30 postcard tracts to highlight Good Friday to mainly an indifferent city, I spotted about 20 Mormons out and about proselytizing.

Although Easter and Christmas are pagan holidays, it’s a great way to speak to the world about the fact that Jesus was born (Christmas) and did die (Easter). What they do with that information is their affair. But it’s always been our policy to use these dates to get the Gospel out, and for the most part, it makes perfect sense to continue doing this.

It’s been about three years since the Latter-Day Saints have been out in force and yet the question that we have always asked is: where are the Bible believers? 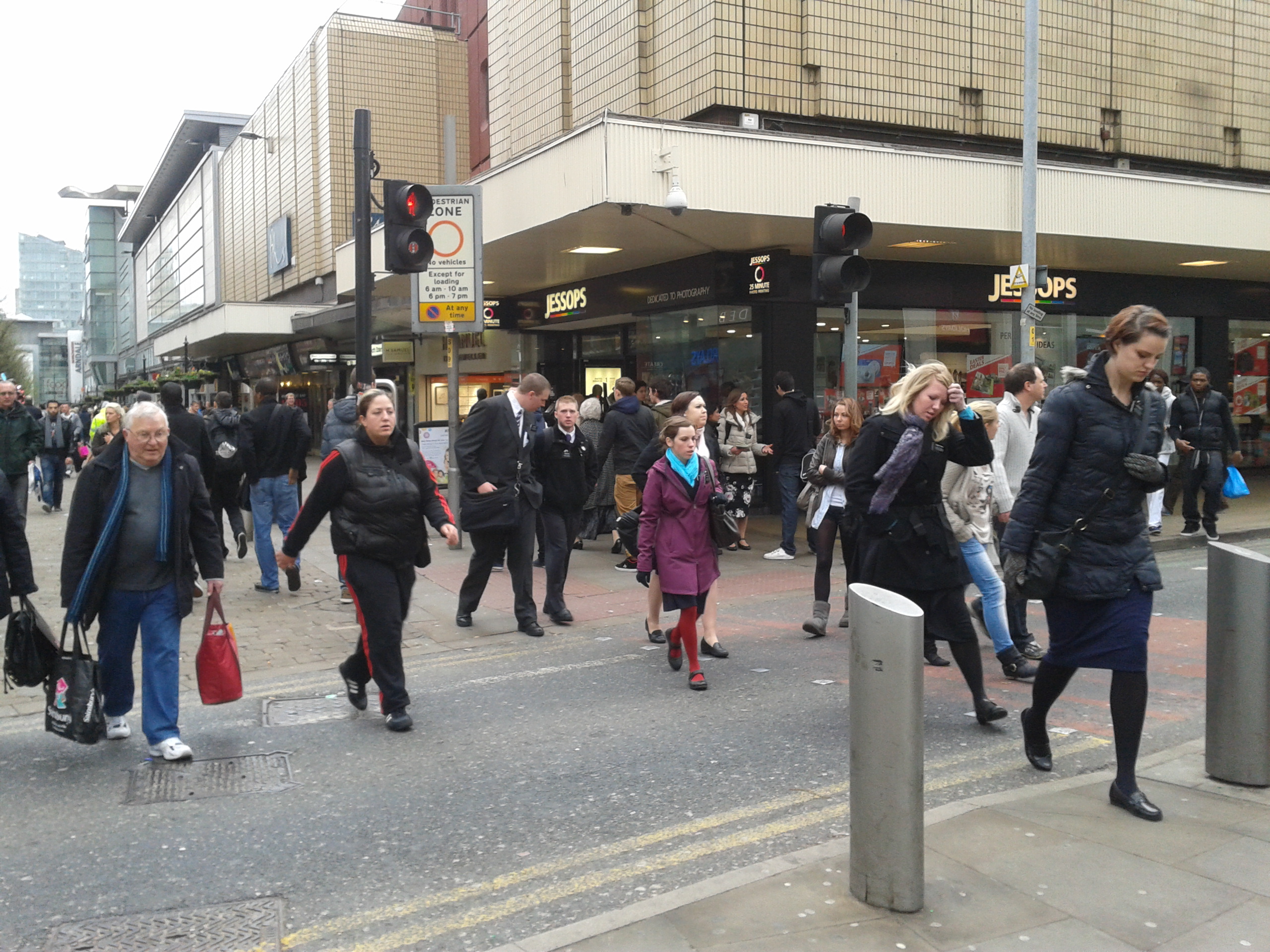 Eyeing this very well and financially oiled machine, led by their ‘bishop,’ they pretty much had the entire city at their disposal.

Prior to noticing them, I had nearly finished passing out my modest 20 tracts, when a couple took one of mine, stopped, turned around and with a big smile, opened their bag and gave me some of their own. 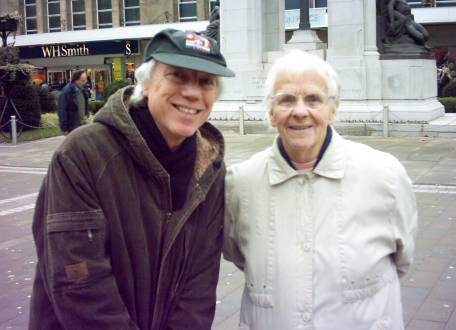 Having a plentiful supply of tracts to distribute, I wanted to be out and about each day until Resurrection Sunday.

By God’s grace the weather was good, so that enabled me to talk to a lot of people.

Reaction to the offered card/tracts was favourable but naturally many declined with a polite, “No thanks,” others just walked by.

It seems with the Easter festival people seem to have a mish-mash of Christian beliefs all mixed up with other false teachings. For example, one lady tried to convince me that the Mayan prophecies were associated with Good Friday. She knew parts of the Book of Revelation but was oblivious to the Mark of the Beast but knew all about the Four Horsemen, thinking, of course, they were Mayan! All very confusing I might add.

Old people mainly will accept these free gifts as most have grown up with a Biblical concept learned in childhood.

Another well-spoken middle-aged lady was very emotional, who paused after taking some, asking about God’s forgiveness. Somewhere in her youth, she informed me, almost as a whisper, she had done something terrible. I didn’t inquire what and she didn’t elaborate on it. It was a fruitful conversation and I hope I helped her.

Muslims very interestingly took the tracts but very few will engage in conversation. But one elderly man, a Coptic I think, did stop and talked and saw this period as a very spiritual period for all of us to think about, what the price Christ paid for us.

Amongst other topics that people wanted to talk about as they paused was the Chilean miners and their escape from the tomb. I pointed out that some had called on Mary to save them (she couldn’t hear them of course), and I tried to explain this Catholic doctrine was not Biblical.

One old timer who had had a few drinks came up to me and remind me that Jesus knew how many hairs there were on your head; he had obviously remembered this Biblical quotation from his youth. He then asked me if I knew how many hairs were in my head. I told him I didn’t. “Neither do I but isn’t it wonderful,” he replied with a grin and with that he was gone.

One other story from the many others was the man who came up to me with an aggressive look on his face. I was rather concerned but after taking one he asked for another four. It seems they were for his friends.

We chatted for a few minutes then he departed. Then out of the corner of my eye, I saw him returning. He then informed me that he was meeting his friends in a pub and would I mind if he took these tracts into a pub. I didn’t see any reason why not, and after all, we are instructed to do God’s work in and out of season and if a soul gets saved in the pub or elsewhere then it has been rewarding, although we may not know about this at the time.

In conclusion, it was worthwhile in that many tracts were accepted and with some bizarre but interesting questions being asked. Street work can be very rewarding but you have to be consistent and never make it a chore.