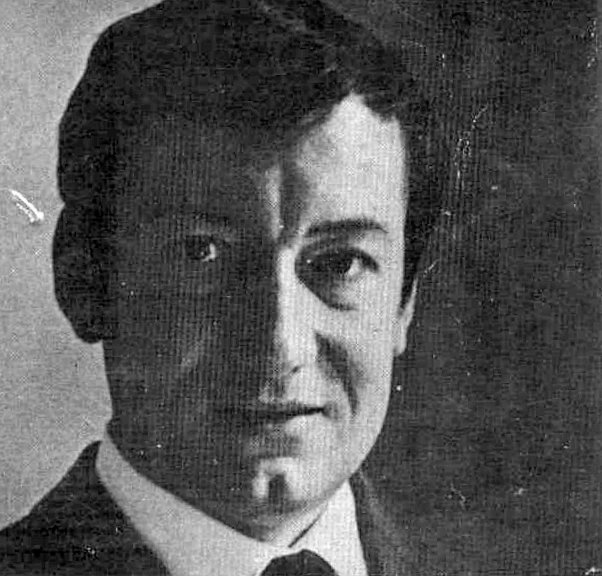 You know coincidence is a funny thing, isn’t it? Some days ago whilst researching a future article on Cardinal Mindszenty, I came across Charles Davis’ little paperback Question of Conscience. I quickly skimmed through its fading pages and passed it on to my son James, for further research.

In this same book on page 14, Davis makes the following statement about himself: “…I was regarded as the leading Roman Catholic theologian in Great Britain.”

Like so many of these men who once made an academic splash, one does speculate where their career (post-Catholic church) took them. And was he still alive, I wondered. With that, I forgot about him.

To my surprise some days later James e-mailed me an article that had appeared in the Guardian, written by his daughter, Claire Henderson-Davis. Eagerly reading her informative and revealing article, some of my questions concerning her late father were suitably answered.

Now I’m old enough to remember the fall out recorded in the press when in 1966 Davis called an international press conference to announce his resignation from the secular priesthood. But what manner of man was he, I wondered? Others who knew him at that time remember him as a loner.

So I suspect his decision to resign had been leading up to that momentous event for some time. True he had crossed parochial swords with Cardinal Heenan. That the two men openly disagreed on the future path of the Catholic church was common gossip in ecclesiastical circles at that time. Had this forced his decision or were there other motives?

Charles Davis was among that stable of Vatican II celebrity theologians, then very much in vogue. His admirers would place him alongside: Baum, Kung, Schillebeeckx and the controversial Karl Rahner. But again others doubted his favoured status alongside such other distinguished luminary. Yet during this upheaval of his church, he would cry: “I have suffered agonies as a theologian of the Roman Catholic church.” I have to ask, did this pain evaporate after his leaving the church or simply reinforce itself in later years?

Yet the pope in 1959 in his inaugural encyclical, Ad Petri Cathedram, formulated his desired expectation that: “There will be one fold and one shepherd.” With him and the office of the papacy and Curia leading it of course! By that, the pope means all religions will lead to the false Church of Rome through ecumenism.

At that time I think Davis believed and expected this to happen, but what I suspect he was hoping for was a greater understanding of collegiality and the relaxation of celibacy for priests.

As he wrote in a review of The Living Church: “[it] refreshes those who are wearied and depressed by the constant complacent repetition of ineffectual routine attitudes.” This view of Kung’s book (and I do wish the author had placed a subject index, for people like myself wishing to go straight to a particular subject), was that out of the Vatican Council would come a working and welcome aspect of collegiality and an expectation of the relaxing of celibacy for its priests, either mandatory or not. This, of course, didn’t happen. Pope Paul VI certainly saw to that, and they called him indecisive.

Because of this council’s “travesty,” as seen by Davis, who may have decided then he must leave the church and perhaps marry, with or without its blessing, he would announce his resignation. Only then he could angrily write that Catholicism as an institution was, “a zone of untruth pervaded by the disregard for the truth.” Strong stuff, don’t you think from an ex-priest who had served it for so long?

Then like many others after leaving an institution he must find something to be a part of to fulfil its place. Then, he like others becomes a “Christian.”

Charles and his future wife would repeat their wedding vows before a vicar in an Anglican church. After this he has no interest it seems in joining any other religious denomination. This I would happily support-get out of organized religion and into a Biblical relationship with Christ!

But does he then take out his well-worn Bible and launch into street preaching-apparently not. In one of his books, he struggles with the aspect of becoming a Christian in “creative disaffiliation,” whatever that means. And all the time 7,000 people are dying each hour, mostly alone and unsaved! Sadly many heading for Hell!

Charles may have seen Christ as unique, but did he follow the Lord’s command in Mark 16:15?

And I have to enquire would he have the patience and endeavour to listen to the aims of our ministry if we spelt it out to him?

By denying the solemn command to be born again all will perish outside the kingdom.

In the end, we are reliably informed Charles Davis died in Edinburgh surrounded by his family and friends, gathered around his deathbed to pray and celebrate a final Eucharist.

I can only hope that Charles had within his vast library a little book entitled Secrets of Romanism by Joseph Zacchello (published 1948).

In his book, Mr. Zacchello (a converted Catholic priest) writes with some emotional authority that:

“The greatest book ever written against the Roman Catholic Church was not written by any converted priest, it was written by GOD.”

It is, of course, the Holy Bible that he refers to. That book today is despised, burned and hated in many countries. Yet inspired Scripture must still be proclaimed to a sinning world that desperately needs it, but still rejects it. Remember without the Gospel all sinners are lost!

“Davis died as he lived, a Catholic Christian,” writes Professor Rosemary Radford Reuther, in her personal obituary of him. Yet Davis happily called himself “a disaffiliated Christian.” Of whose claims of his Christianity should we listen to form our obituary about him?

And did Charles, I have to suggest, return to the sacraments of his youth in the vulnerability of his old age? I rather suspect that he did. And did it give him peace of mind? Who knows?

Why I am not a Catholic, Peter S. Ruckman.