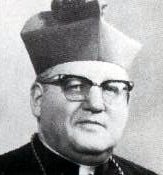 The flamboyant cardinal of Chicago and once head of the richest archdiocese in the world was described by fellow clergy as “difficult and demanding,” with many petitioning Rome to “please have him removed.” But Rome didn’t!

Both pope Paul VI and John Paul I tolerated his crude behaviour. Some suggested that John Paul I might have signed the paper to remove him from office. This only caused Cody to warn critics that if I go it would, “Blow the lid off the Vatican.” However, after just 33 days in office, the new pope would die in suspicious circumstances.

However, the new Polish pope was even more obliging concerning Cody’s web of financial deals. Rumours were fuelled that’s millions of dollars went through a Chicago bank en route (with assistance from Marcinkus to Poland to help in assisting the then illegal trade union movement ‘Solidarity.’

In 1981 a Federal Grand Jury served a number of subpoenas on Cody. Instead, he declined to cooperate with them. Foolishly he remarked: “I don’t run the country but I do run Chicago.”

Later when pressure from lawyers for the government for certified accounts to be immediately presented in court, he would only say with a shrug: “I am only answerable to God and Rome.”

Once when mother Theresa paid him a visit, it seems he was rather taken with the Albanian nun. And later, according to him: “I’ll put her on Broadway.”

Some saw this remark as jealousy on his part of her growing fame in America.

In 1982 he died still under government suspicion. The death certificate stated the cause as “severe coronary artery disease.”

A man of few friends but many enemies it seems.

At his funeral he had the following read out from the pulpit: “I forgive my enemies but God will not.”

Arrogant as always, even to the last word.

Newly opened diocese/court files reveal that cardinals Cody and Bernardin “often approved the reassignment” of offending pervert priests to other parishes over three decades. Many had raped, molested and abused regularly in their own parishes, with one priest allegedly threatening a child with a gun if the boy reported what had happened to him to his parents or the police. Cardinal George has ‘apologised’ to the victims and others in a statement released from the Archdiocese of Chicago this week. We suggest that this is the tip of a terrible moral iceberg, with more damning revelations still to come out.