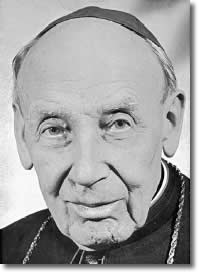 This prominent Jesuit priest was born in the black forest in Germany in 1881.

Later, of course, he would play a significant function in the constitution of the Second Vatican Ecumenical Council and of enforcing its decrees. (Interestingly some 2,381 Bishops made the trip to Rome, as well as numerous observers from other religions).

The other was a Jesuit Robert Leiber who was enlisted as the Pope’s private secretary.

Another was Chaplin Hendrich who drafted the Pope’s numerous speeches.

Two others in the clerical circle were Bishop Hudal, who would later be involved with the infamous Nazi “rat run,” that flourished in and around Rome in the dying days of the war.

Another was Monsignor Ludwig Kass former head of “the German centre party;” he would later serve as administer of St Peter’s. (He is also credited it is claimed with discovering the bones supposedly of Peter the Apostle which were located then under the high alter in the basilica in the early 1940s.) These men would loosely be defined as the Pope’s few friends.

Another important German who oversaw the Pope’s household and exerted a great influence on him would be a nun from Bavaria. She was of course Sister Pascalina. She had known Archbishop Eugene Pacelli when he was Nuncio in Germany some 40 years earlier. When he became Pope Pius XII in 1939, she undertook the household duties in Rome for him until he died in 1958. One can only speculate that German was the predominant language spoken around the Pope most of the time! This must have been infuriating for the non-Germans who also worked in the offices of the Pope. (Mgr. Montini was one of them. He would later become Pope Paul VI.) I suspect the same thing occurred again when the Polish Pope John Paul II arrived in 1978 from Krakow. He too would bring many of his Polish staff with him to Rome.

Even Cardinal Casaroli, the then Secretary of State, claimed to carry a Polish dictionary with him at all times.

One deceased Catholic author once suggested rather cryptically that the Cardinal was a person of “dubious nature!”)

Cardinal Bea would exert a forcible influence on Pope Pius when he was appointed as his personal confessor. (He even might have written an important Papal encyclical in 1943-it is claimed!)

Created a Cardinal by John XXIII, Bea would for a time act as personal confessor to this modern Pope. But this Pope had a more important function for his cardinal than this when he would later promote him to Secretary of State for promoting Christian unity.

And it seems John chose the Cardinal simply “because he was a German.”

And of John XXIII and his liberal reforms for his church? Bea would later record after an ecumenical meeting that: “We understand each other perfectly.”

What both of these quotes from these two men are supposed to mean, I have no idea.

Much of the background to the summoned Council in Rome and its future aims can be found in his book Unity in Freedom. 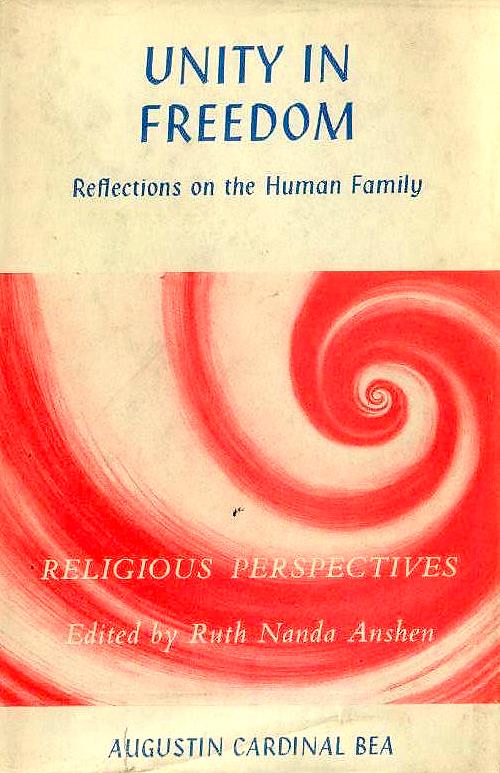 As rector of the Roman Pontifical Biblical College in Rome for 19 years, this shrewd Jesuit knew his way around the expanding ecumenical movement. And with his selected staff (Malachi Martin S.J. was one such priest), the Cardinal would dominate all mainstream churches in their pastoral outlook and seminary teachings. Always advising and cajoling I expect. And especially towards “the separated brethren!”)

Later he would promote the controversial charismatic/Pentecostal movement with the aid of the flamboyant Belgian Cardinal Leo Suenens. Today that form of worship is still very much part of the ecumenical movement around the world. And naturally, the Alpha Course (‘curse’) plays its part in this scheme. The ecumenical house of horrors has many windows it seems.

“One of the prophets of our time,” commented Sir John Templeton about the Cardinals reputation. And to date, the annual Templeton Prize Laureates have been amongst others: Billy Graham, Cardinal Suenens and “Mother” Teresa.

Incidentally one of the judges of the awards is Baroness Thatcher

With the unrest and uncertainty in Israel and particularly the Middle East today it should be remembered that Cardinal Bea some 40 years ago was supporting and promoting the idea to fashion Jerusalem into an open city. For I suspect for everybody’s convenience. I suggest this is not Biblical.

We at this ministry would repudiate this one world Government platitude. Jerusalem was built by the Hebrews. It is their blood and sweat that has soaked into the bricks and mortar of that city.

And more importantly Jesus Christ Himself, when He returns, will reign there for a thousand years! And it certainly won’t be an open city when that happens!

And as one Israeli commentator fiercely argued on the BBC some time ago concerning this argument:

“If Jerusalem is to be Internationalised then so too should the Vatican and Mecca.”

I certainly agree with his scenario whoever he was.

To date, the ecumenical movement, both within and outside of the W.C.C, seems to be flourishing. This I am sure would have delighted the diminutive Cardinal from Bavaria.

And with even more churches signing up to join and participate in the ecumenical movement, this has to be the last throw of the dice before the arrival of the expected Antichrist, and it could be sooner than people think. He will then announce to a lost world that he is the defender of all faiths.

But then wasn’t this what the ecumenical movement was set up to do some forty years ago to prepare perhaps the way for a One World Religious System. Certainly, most of those two thousand Bishops who journeyed to Rome in the early 1960s had no idea of the full agenda that was being developed at the Council-but I bet the Cardinal from the black forest did!