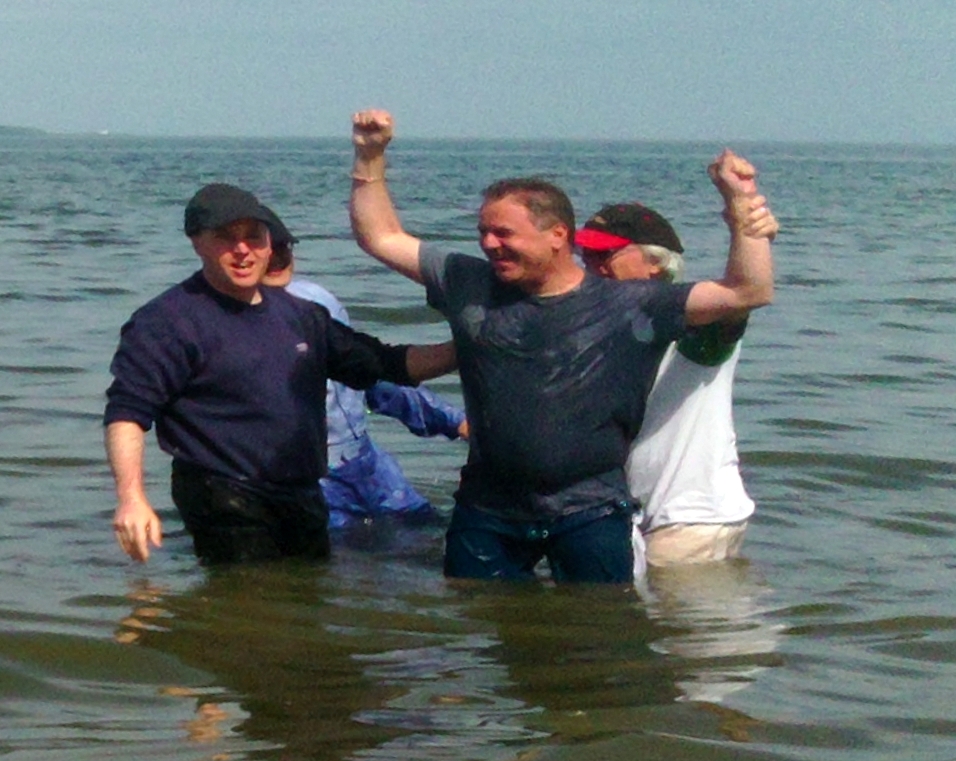 This month saw a special gathering of some faithful brethren flying into the UK from Singapore and Spain to work on the streets of Rhyl, Llandudno, Colwyn Bay, and Bangor for three consecutive days,with incidentally, all of them paying their own fares and expenses to be with us.

During this incredibly busy and successful outreach, which saw well over 3,000 tracts and DVDs distributed, Patrick, James, and Eric from Singapore baptized Martin, our dear ministry friend, who drove up from the midlands at dawn, for a full immersion baptism of himself in the Irish Sea. All agreed this was a great success, and we give thanks to the Lord for the calm waters that prevailed that day.

MONTH-LONG OUTREACH IN MANCHESTER AND LEEDS 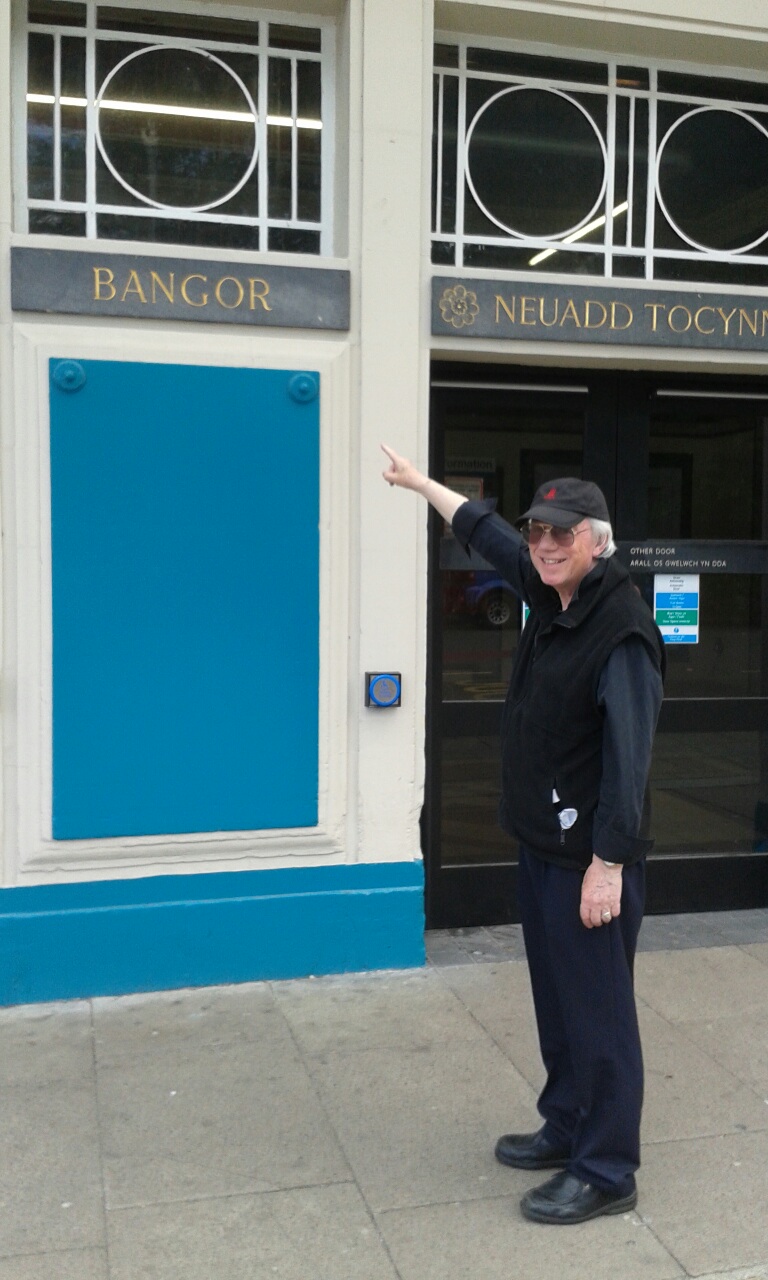 After leaving North Wales we headed back to Manchester, where we were briefly assisted with Helen and her husband Enrique from Spain, and a sister from London, but it was with our dear friends from Singapore that we spent much of the days and remaining month working on the hot and dusty streets of Bolton, Wigan, and Lytham St. Annes, and with heavy pollen in the air as well, where we perhaps achieved the most tract distribution.

By month’s end we believe over 9,000 tracts had been given out in England and Wales! 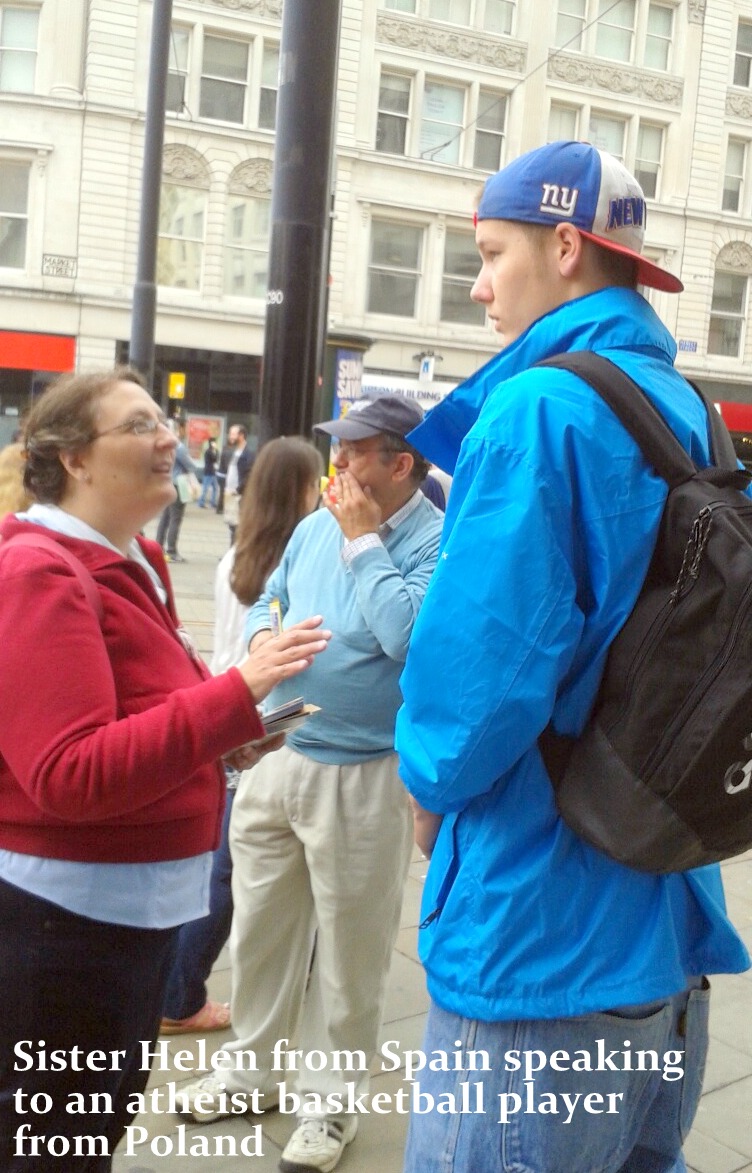 On one occasion, after four hours, we actually ran out of tracts to distribute in Manchester, can you believe it? It’s never happened before that I can recall. 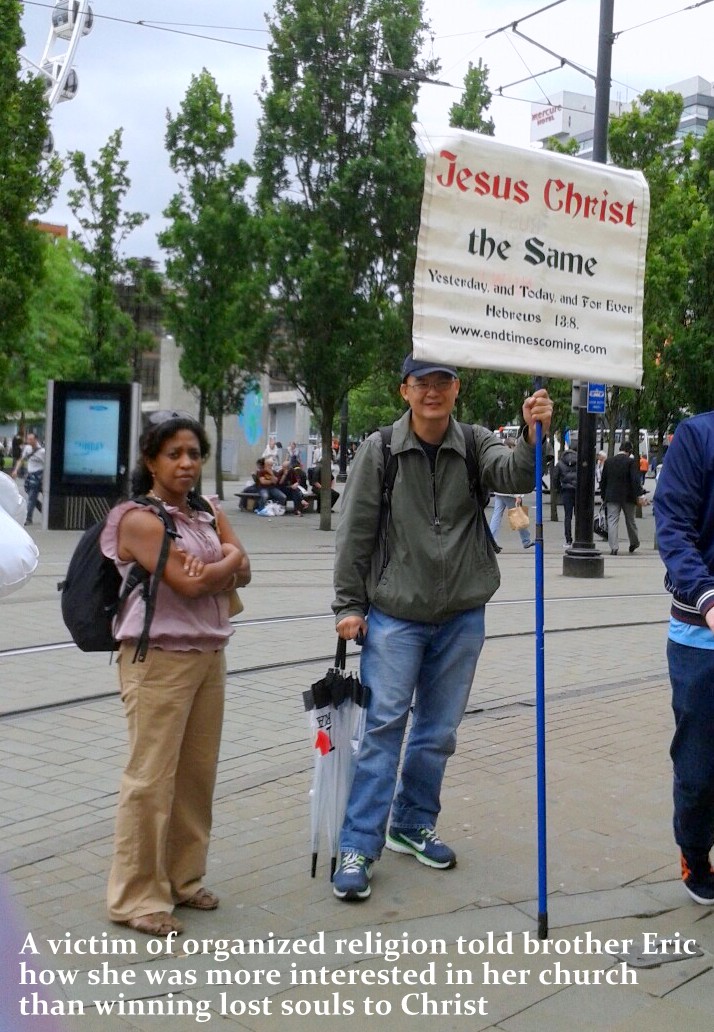 One note of interest was the fact that the hired car that we travelled around the country in (carrying all of us, plus tracts and banners) sprung a slow puncture on the road somewhere: we were unaware of this development, as we frequently drove down the motorways at speeds of 60-70 mph, and on just three full tyres, all very dangerous. This was later rectified, thankfully when a passer-by on the street alerted us to this precarious condition of the tyre, which we quickly fixed.

All in all, James drove us over 1,500 miles, frequently negotiating through narrow country lanes to congested motorways, clocking up many long hours behind the wheel. 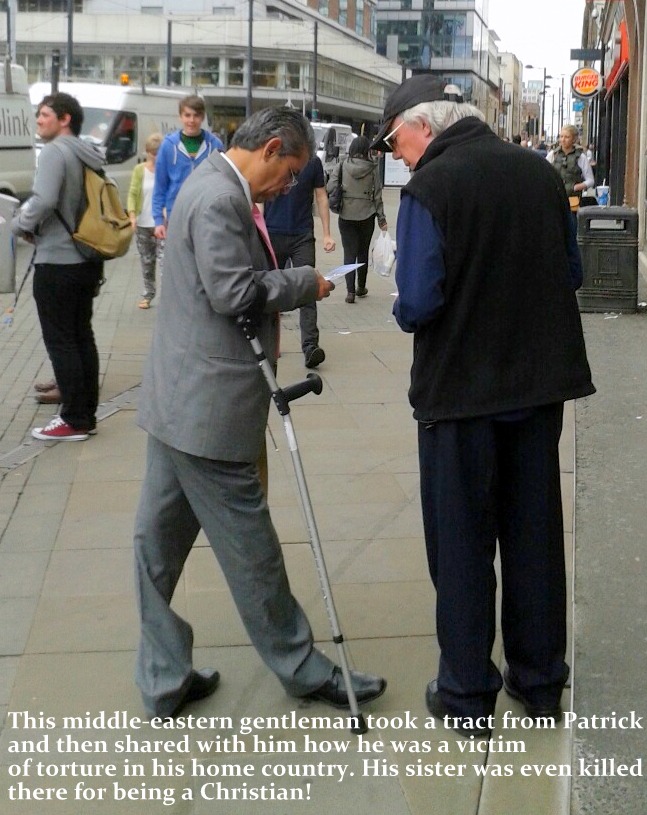 The purpose of this ministry has always been to win souls to Christ, whenever and however we can. Yet many times throughout the past month Satan tried to prevent us from achieving this; sometimes by subtle means and methods, but his numerous and varied attacks did not succeed, as our prayers and perseverance always paid off, all thanks to God and His faithfulness. 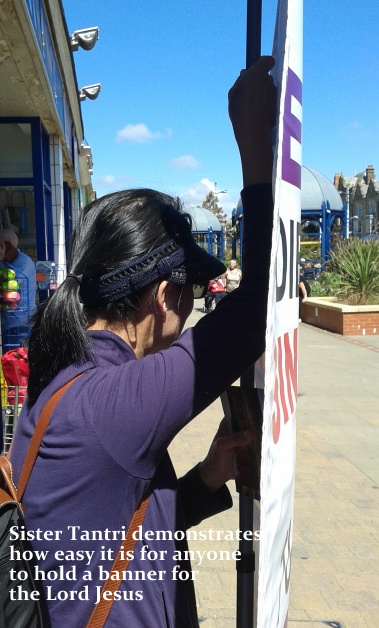 We must thank many other people as well who assisted us in all of this, including our good friend brother Trevor, who collected 12,000 boxed tracts for us from the factory, and then drove some way to give them to us. Many others who prayed for and safety and effectiveness must be thanked for their help in making this event so successful. 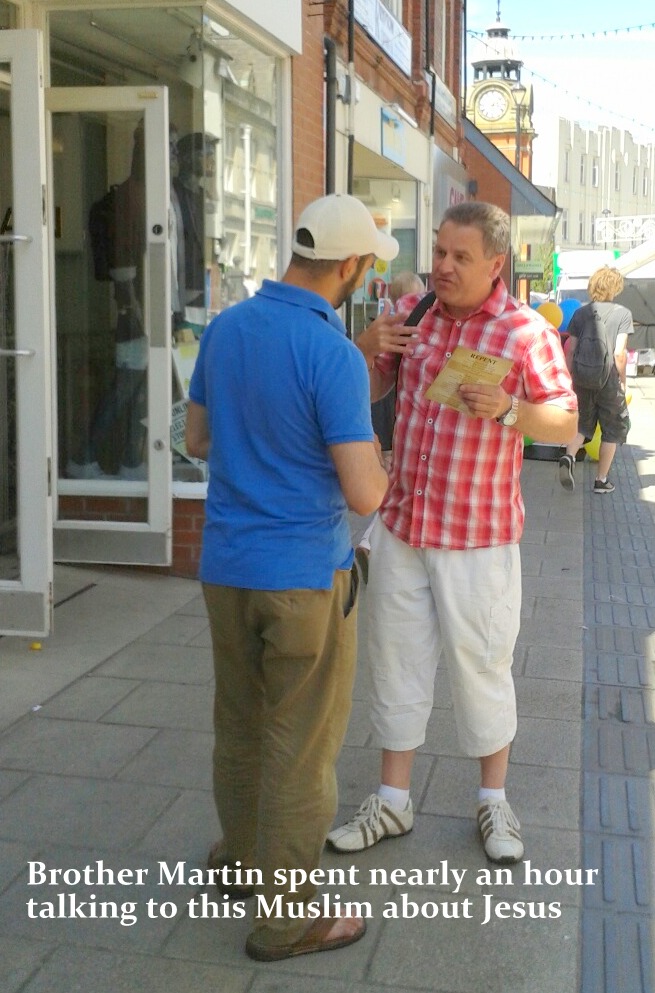 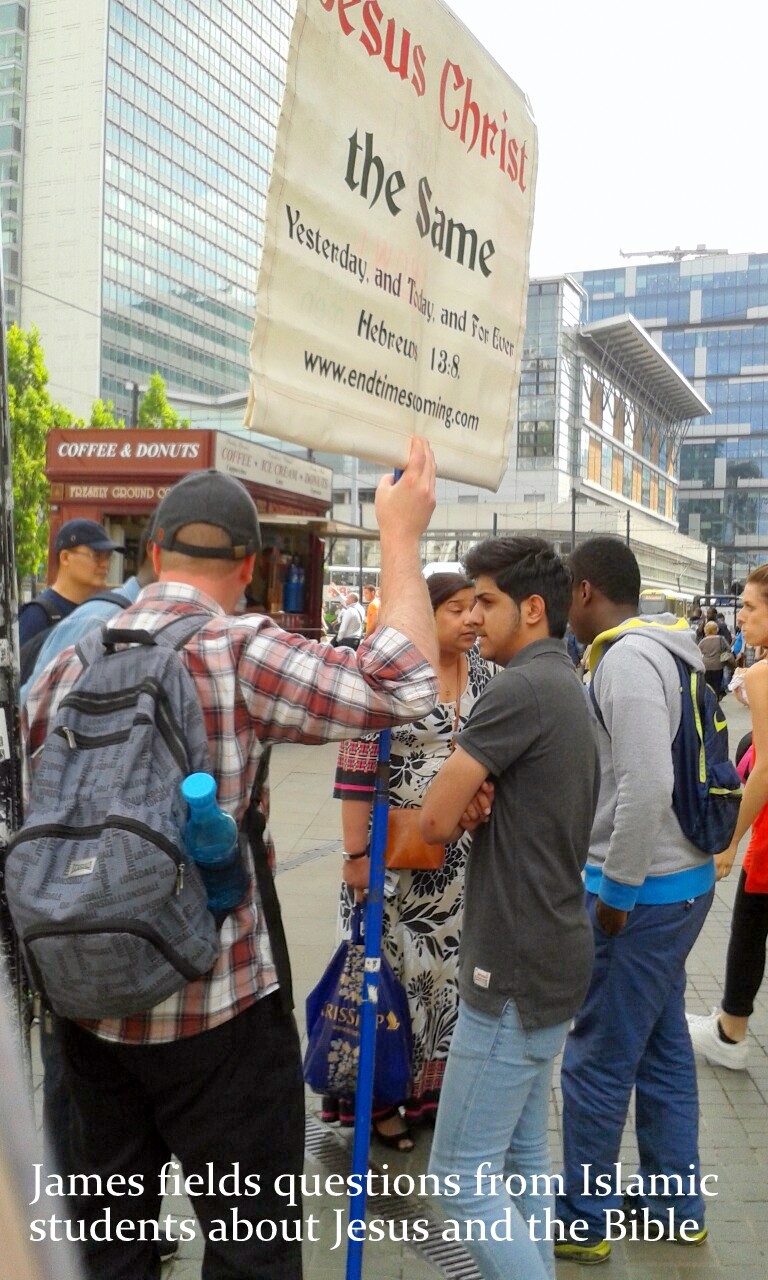