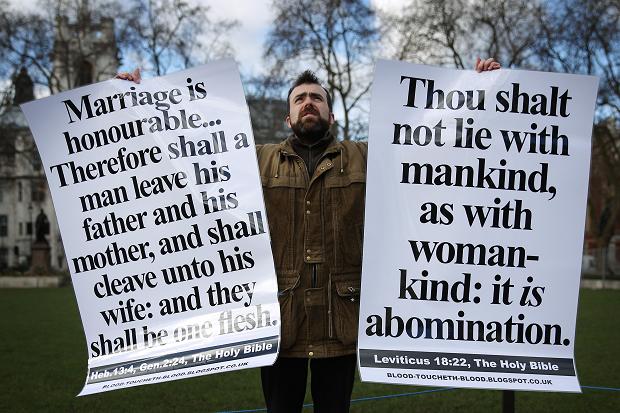 The UK government has passed a new bill through Parliament, which now allows same-sex couples the right to ‘marry’ and subsequently ‘adopt’ children. Some Christians had preached, fasted and protested outside both Houses of Parliament, but to no avail.

For this new bill to be made legal and binding on the British people, the Queen needed to sign this bill into law and sign it she did, even after an 11th-hour plea from many, not to. (She has never refused to sign anything over her long time on the throne, unlike her Belgium counterpart king, who refused to sign abortion into his country’s statute books). 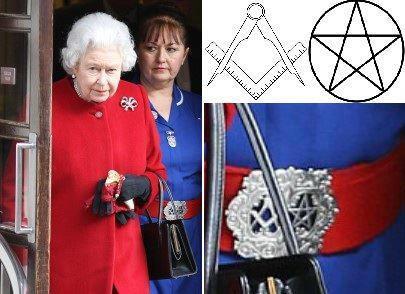 (This troubling picture taken a few months ago shows the queen leaving the King Edward VII Hospital, after being admitted due to suffering from a bug, flanked by a nurse wearing the Masonic symbol to the left and the witchcraft symbol to the right. It has long been reported that the queen is the grand patroness of the Freemasons, and so clearly not a Christian, as many naively believe she is)

Around the time of the bill being debated in Parliament, an American street preacher was shamefully arrested in South West London, for an open-air/semi-sermon message, after a lesbian complained to the police. After several hours in a local police station, and with some hostile and rather ridiculous questions, he was quietly released, with all charges being dropped.

As a spectator of politics for over 25 years, I do wonder if this latest travesty to be introduced by the coalition government is even legal, let alone valid. For not only did both political parties not state in their manifestos their desire to force this change on the British people, but with neither party winning an outright majority to rule the country in the first place during the 2010 general election, and with almost no real credible support from the country in general for this new law, one wonders if it could be legitimately challenged in the courts or maybe one day be repelled by a future democratically and fully inclusive government!

One would certainly be justified in calling for a referendum on this, something which the powers that be would naturally refuse. So much for democracy!

Of course, we at this ministry are non-partisan and only interest ourselves ultimately in the things of God and His Kingdom, but I do feel, however, that there are many other disturbing declines in our country that we the people were never asked or consulted on but had forced on us, but that’s for another article!

News also broke late July that a leading member of the government who drafted the legislation to allow same-sex marriage was diagnosed with Type 1 diabetes. One surely could be forgiven for begging the question: is this divine retribution or just a coincidence? You decide!

What we can say for sure is how Bible prophecy is being fulfilled more and more in our lifetime, and at a staggering rate: