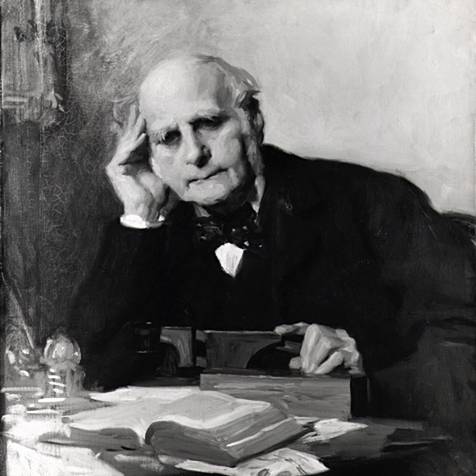 In Old Testament times, we witness Pharaoh’s cruel intention to diminish the Jewish race through abortion, right up to King Herod’s systematic massacre of the holy innocents. No evidence needed here to confirm these wicked deeds. Nothing is new it seems, it’s all part of the gruesome theatre of this fallen world. It is the advent of the new world order now firmly established all around us. However under the sceptical mind of Sir Francis Galton, the art of eugenics became a living science, and how!

But the founder of modern-day eugenics must be Galton, and with next year being the 100 anniversary of his death, we should perhaps give some time to look at this man and others of his persona, as they tried to appoint themselves with the power of God.

Today the world is so overpopulated that many of the influential supporters of Francis Galton would argue (but in private I would suggest) to bring about the “final solution” in diminishing our earth’s population. And today it’s never been easier.

Born in 1822 Francis Galton was a half-cousin of Charles Darwin. The young Francis studied as an anthropologist/biologist. And from a wealthy Quaker background, many closed doors would I suspect be opened to him. (It seems he was initiated in Freemasonry, like his cousin too, in 1844 (Lodge 105 Cambridge).

I suppose today he is primarily remembered for the scientific approach to fingerprint identification (proto-geneticist being another) and the weather barometric pressure bands much loved by TV weather presenters as well.

Later however introducing this evil creed of eugenics in 1924 to Adolph Hitler, then a prisoner reclining in Landsberg jail, was a book authored by Dr. Eugene Fischer (1874-1967.) Fischer was interested in this research because one of his star pupils was Dr. Joseph Mengele, the so-called charismatic “angel of death,” and I suspect Fischer would have willingly supplied a glowing reference to Heinrich Himmler, before he was posted to Auschwitz, K.Z. in the mid-1940s.

Then into this dubious mix arrives Dr Von Verschaer, a brilliant biologist it seems and willing Nazi eugenics supporter, he also enjoyed working at Auschwitz with Mengele, and never a dull day in their laboratory I suspect!

As every false prophet has his own deluded followers so I suspect was Fischer and others influenced by the research performed by Galton. The only difference this time was that Fischer had the science and technology at his willing disposal, and sadly human guinea pigs as well to practice on.

Galton’s research into the improvement of the human stock (eugenics) with psychology and genetic improvements, also seem to be bubbling in this recipe that he served up a century ago and strangely like Charles Darwin, he suffered a mental breakdown whilst at Cambridge. Later as Darwin left for the Galapagos, Galton journeyed as well to Africa into the region of what is now known as Namibia. (Were both men I suspect seeking to find themselves and never, of course, seeking sanctuary in the Lord-how they must have despised God I have to suggest).

During his latter research Galton amongst other experiments, performed primitive blood transfusions on rabbits of all things but it was his coining the infamous word eugenics that we know of him today. “Eugenics became Galton’s religion,” states one biography. And a false one at that I have to add.

In 1944 Hitler would praise the advance level of eugenics arriving from the USA, and later the Rockefeller Institute would donate $410,000 to the Berlin Institute to help ongoing research by Fischer, Von Verschuer and others.

Incidentally today that amount would be over 4 million dollars! (The Institute would also finance private work that Mengele was pursuing in Berlin!)

Also feeding off the primitive ideas of Galton and putting a fine Nazi tuning fork on his work was Dr. Ernst Rudin. For Rudin, his speciality it seems was schizophrenia, alcoholics and manic-depressives. (Seems like a description of most of Hitler’s henchmen doesn’t it) and the proposed elimination of all such human conditions. Later, of course, these and other crude experiments would be used on gipsies, basques, homosexuals and Jews to bring about Hitler’s frightening ‘master race’ to a fallen world.

Indeed if Frances Galton was the creator of these vile deeds then Messers Rudin, Fischer Verschuer and Mengele were the willing Nazi midwives.

Again a case of foolish men trying to dispose of God’s wonderful creation.

Francis Galton died in 1911 and today is buried in the pretty little churchyard in Clarendon, Warwickshire.

So, in conclusion, I have to offer the truthful suggestion that Biblically Francis Galton knowingly shunned God’s saving righteousness and by doing so sadly deceived himself. But are we not severely warned that:

And by denying God’s lasting glory Galton and others like him are eternally banished to the depths of fire and darkness.

You see when God created man he designed him perfectly. However, with man’s fall, his DNA would be contaminated. That DNA in each of us is God’s unique signature upon us. And by becoming born again we journey I believe to His highest perfection.

Is all of this not wonderful after six thousand years?

Sadly I have to say it would have benefited Francis Galton enormously if he had perhaps paused in his medical experiments and read Proverbs 14:12: “There is a way which seemeth right unto a man, but the end thereof are the ways of death.”

Today Galton’s pipe dreams have become our lasting nightmare. And by all accounts, it can only get worse!