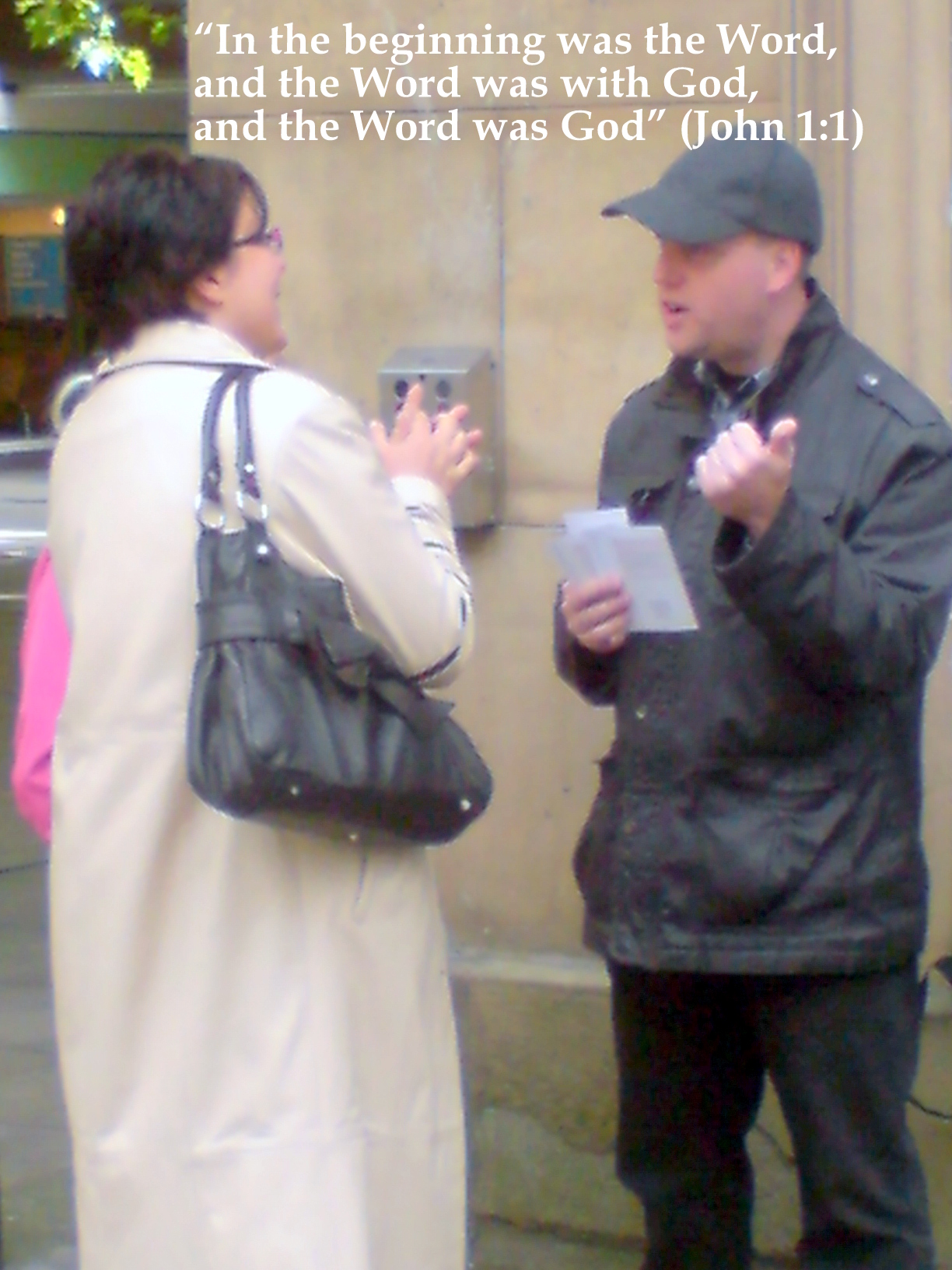 During one of our recent daily outreaches, two female Jehovah’s Witnesses came over and took one of James’ tracts, with the understanding I would take one of theirs. The next 25 minutes or so witnessed one of the best witnessing accounts we have had in recent times when seeking to reach out to those lost in a false religion.

The deity of Christ was clearly and politely presented to them; Jesus’ blood atonement on the cross, and how the Bible (The King James Bible) clearly teaches a Triune God. (The New World Translation ‘bible’ was also exposed to them as being the worst ‘translation’ ever, a publication actually overseen by a catholic priest!) 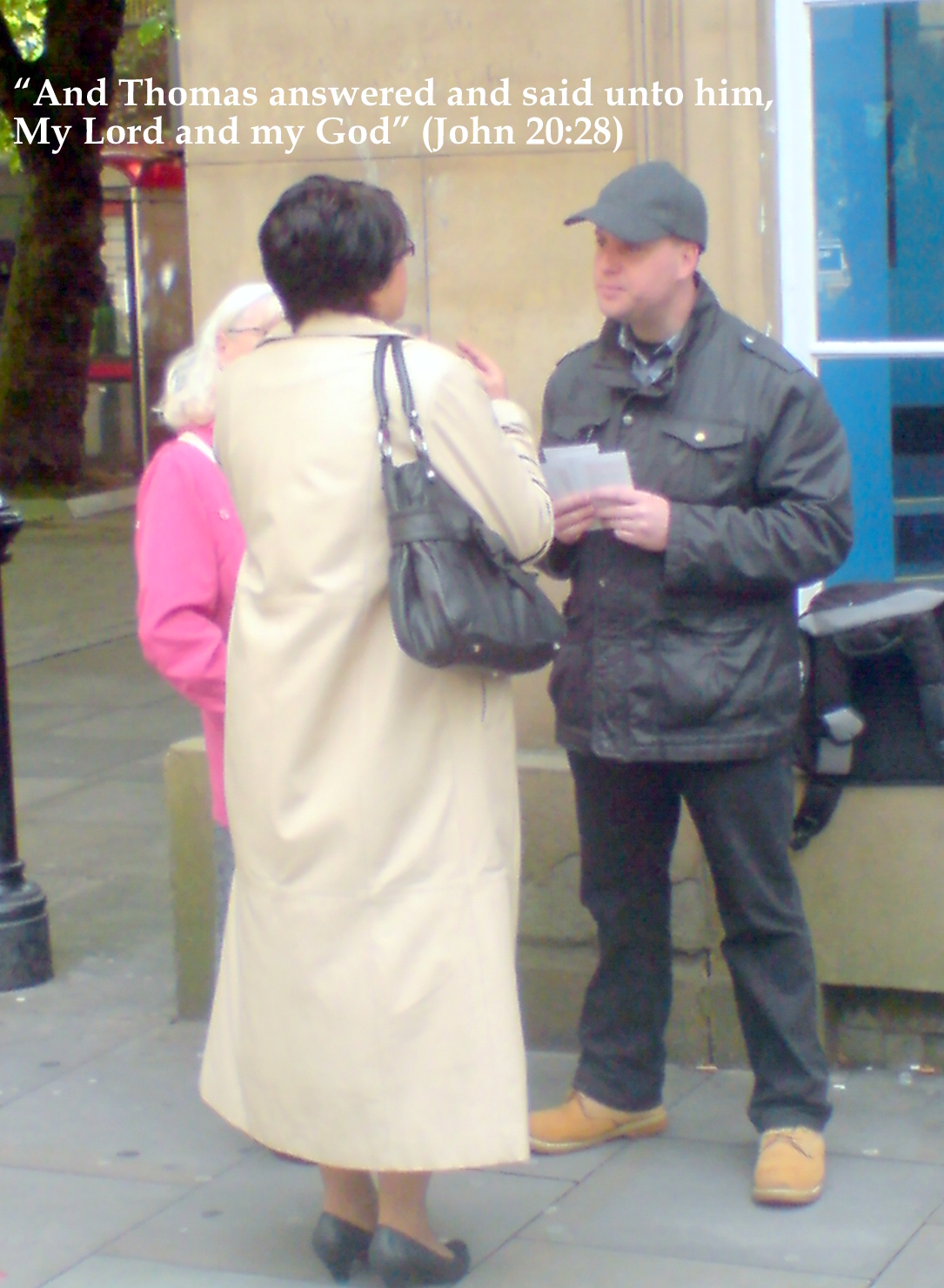 It was fair to say that all of this was too much for them to comprehend, but the encounter ended on amicable grounds, and off they went, with seeds firmly planted.

In spite of the Jehovah’s Witnesses and a small group of Muslim gentlemen being active in our town, we press on, and the Lord has granted us many interesting conversations; some major, some minor. But we believe that if we were not there daily, doing what we do, these false religions and the sporadic presence of charismatics that visit the town would have free range, unchallenged, and as such, lost sinners would simply be passed around from one man-made system to another.

The fact of the matter is that salvation is in a Person, Christ Jesus, not a system! Christ is above Christendom and even Christianity. Period! 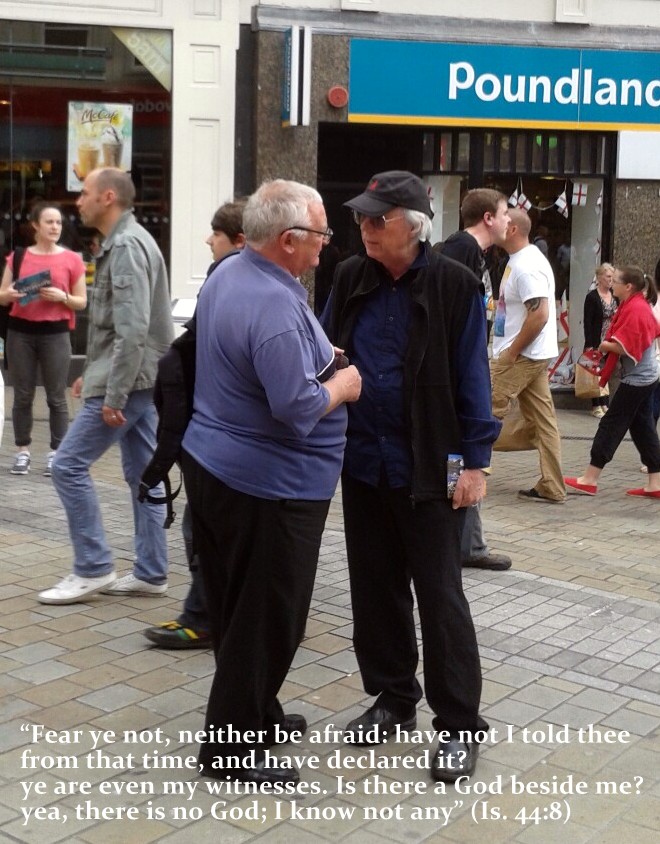 Most street work in the distributing of tracts and dvds can and sometimes does become dangerous. Over the many years, both James and I have experienced sarcasm, mimicry, threats, negative comments, and the so-called “evil eye,” whatever that is. (Once, private security guards at a Benny Hinn event in London forcibly detained us, as we sought to distribute free dvds and flyers, warning people about this impostor.) Of course, we ignore these actions against us and place our safety and trust in the Lord.

But late August, for example, saw an offered tract thrown back in my face before landing on the ground. This has happened before and I always shout after the perpetrator to come back and, “Pick it up. If you don’t want it, give it back to me” and most do. (In fact, why take it in the first place if you don’t want it). However, I cannot and will not allow the word of God to be trampled upon by some lout. 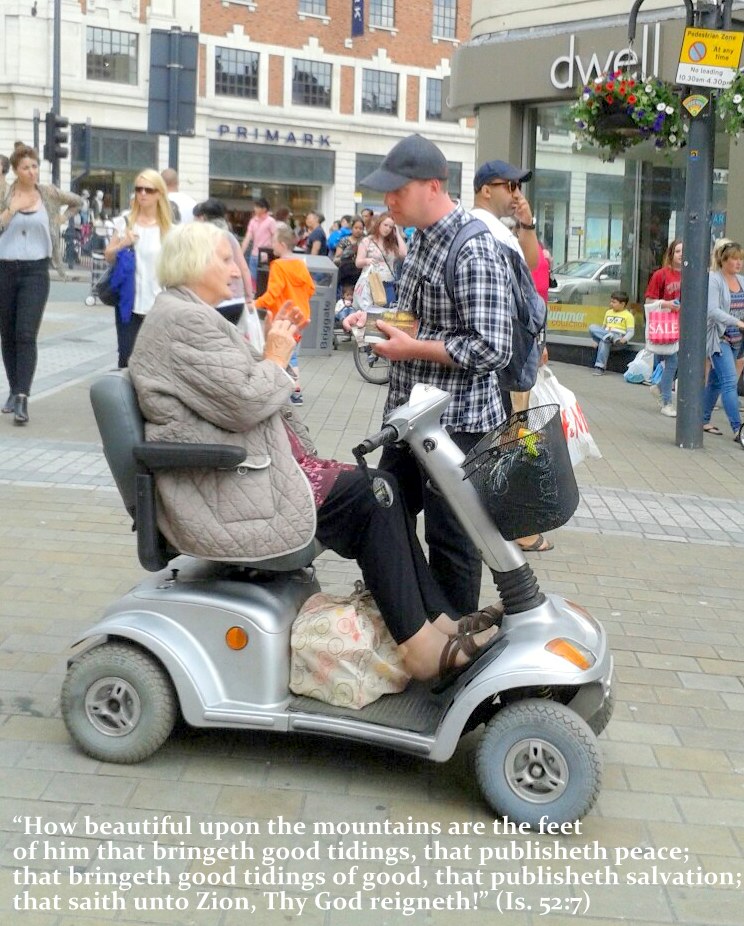 This man’s demeanour was clearly hostile and aggressive. The look on his face as he turned and marched towards me left me feeling that there could well have been a dangerous altercation, but James intervened and defused the situation. The man then walked away. I believe he was under conviction. But, as always, we consider it a privilege and a pleasure to be doing God’s work in reaching out to the unsaved on the streets of our country.

Just an anecdote to show that it’s not always dangerous or threatening, a few days after this event, an elderly man in his mobile scooter very kindly passed me on the street, only to return a few moments later, with a fresh slice of pizza for me, which he had kindly bought from a local shop. We did a swap, my tract for his pizza. And with that, off he went. 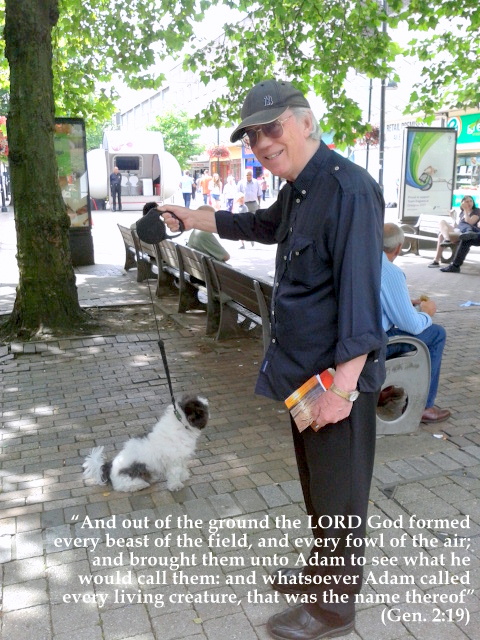 And shortly before this, I found myself ‘dog-sitting,’ after a lady asked me to look after her dog, while she went shopping.

They say there is a first time for everything and how true this is!