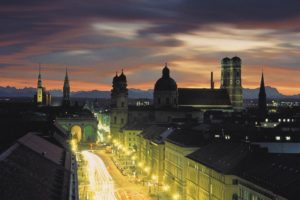 The brother then wrote carefully on his little board the first ten letters of the alphabet and immediately below each letter, the numbers from 1- 10.

He simply explained to me the difference in words and numbers. And had me count by rote and with his guidance 1-10 on my two hands. I eventually found this was fairly easy to do, and I was also very eager to learn everything he offered me from this first lesson. I really was hungry for any crumbs of knowledge and of any benefits that would hopefully aid me in my future. I sadly realised later that millions like myself were just slaves to illiteracy that only benefited the duke and his ruling family and the other ruling elite in our country.

Salted tears would later flood my tired eyes concerning all I had lost and been denied during my own young life. And also of course for my dear mother and the cruel suffering that she had endured in all of her own life. And also all of the many golden opportunities that would have been denied to me also and so many others of course. If the wonderful kindness of this unique stranger had not taken time to enlighten me as he was now about to do so, I realised I would have floundered forever in my pitiful condition without his encouragement. I vowed later I would try and teach my sister to read and write if it was the final thing I could do for her.

But all life is an eternal mystery he would say with unwelcomed pain that arrives to all of us of course. Simply because none of us can foresee what is arriving around that rumoured corner. And that all our fragile lives can be suddenly altered forever within a minute or just by an innocent glance or by a silly mistaken word. None are exempt from its unannounced silent arrival.

“So young Rory let us begin your first important lesson because there is no time as they say like the present.” He placed his lean frame into one of the only hardback chairs in our one-roomed cottage and studied me. I had to place myself somehow on our rooms’ dusty floor easing myself carefully against the coarse wall.

“Now Rory hold up both hands as I touch each finger” he wriggled his forefinger saying: “I will call out the number which you will see on your board.”

So we patiently went back and forth through those ten important numbers until I knew them all and could pronounce most of them. But I wasn’t sure about 8-9 for some odd reason.

Then when he felt I was ready to proceed he informed me confidently: “When you get to number 10 you will see a number and that is J. That is the first letter of my name Jerome.” He pronounced it slowly several times. “Now look at the number five then hold your hand up and you will see the letter E on your chart.” He looked over my shoulder at my board pointed at that letter and patted me encouragingly on my shoulder.

Then he informed me that these were the first two letters of this own name. In the next two days, I could read and pronounce his name and happily my own in our next lesson learning the alphabet letters: K to T. I was very excited about what I had learned so far. And so was the brother he informed me with genuine encouragement.

When the weather permitted in the next few days we also treated ourselves to a stroll into the nearby forest. The brother was a great believer in promoting the merits of fresh air and of practising deep breathing as well as healthy but always gentle daily fitness exercises. “Always remember these bodily tasks cost nothing and also be very careful what you eat and enjoy, always try to undereat rather than overeat as well. And the future benefits to your body will be enormous Rory” he would always claim with eager enthusiasm to me.

During our daily walks, that aged oak and elm trees would stare down uncomfortably onto us. I remember it seemed to me rather like intimidating stone sentinels. As we then happily walked through the expiring fallen crisp leaves kicking them into the air laughing as they cascaded onto us and all around us.

“You know Rory” he announced brushing himself down from off the leaves: “There are over 7,000 languages in our world it seems. And many are still yet to be located or heard or spoken by anyone. I’m telling you this my boy because there is a big wide wonderful world out there just waiting to be discovered by you young man. And maybe one day you will be one of those explorer’s of old journeying out to seek and find new exciting worlds rather like Columbus and Vasco de Gama did long ago against all human odds. You might also sail through turbulent dangerous seas and find safety in many distant harbours and meet many new friends … some you can trust and some sadly you cannot.”

I had no idea of course of who or what he was referring to. But it sounded very exciting to my young enquiring mind now expanding under his tutelage.

The next morning I entered his cottage to see him sitting at his table or workbench. All of his treasured medical increments were now on open display wherever he could find a space to house them.

He was now sitting erect in front of the open window and to my surprise, a large Friesian horse’s head was in the window and looking at him with interest. His head being held gently by the brother who was feeding him carrots and other vegetables. But what surprised me the most was that he was talking softly and lovingly into the docile animal’s twitching ears in a strange language. It is known as ‘Friesian’ as I later learned from him that this unusual speech had derived from a province he had visited in the Netherlands, where it seems this unusual breed of horse had originated from. Again the answer really meant nothing to me. How he had learned its difficult pronunciation and meaning and why he had even bothered I never knew. My mother had by now taken it upon herself to kindly prepare a midday meal for him. But the brother had very little interest or concern in any food that was placed before him and would only just pick with disinterest at the plated meal as he intently read one of his many leather medical scarred textbooks. But he was certainly partial to anything sweet that arrived from my mother or the grateful villagers. And he was always happy to share a spare piece of cake or the remaining crumbs with the many birds who would always gather around him and accept crumbs from his delicate hands. I had also seen and much to my amazement many mice waiting by his feet and hoping for any offerings that might happily come their way if possible.

Even during frequent torrential rainstorms many of these small vulnerable creatures and also small birds would gravitate to his cottage for a safe shelter in a corner on a stand or under his table or on the window ledge.

I should state that at the sound of an oncoming rainstorm we both scrambled to place a heavy tarpaulin against the naked exposed window space. It really was rather simple but it just about worked somehow and that was all that mattered to us.

I can still see him now many years later in that room. Then with situated candles all sputtering around him as he sat at his table measuring and weighing his many unknown medical potions on his scales. Then wet bedraggled birds of all known species were perched with some carefully preening themselves on the wooden beam in the ceiling. With also assorted other fragile creatures such as mice and voles seeking a welcomed shelter in his safe cottage. Or some resting in the heavy folds of his cloak whilst he worked oblivious to them being there. I remember several families of rabbits, a vixen with her cubs, a few badgers and most surprisingly an aged tortoise with the name ‘Carl’ scratched on his shell. He had arrived from somewhere then struggling through the door before it was closed shut. All seemed to me had sought safety in that welcomed cottage of the brother. It was indeed a rare sight to behold and enjoy. It was reminiscent somehow of Noah’s famed ark of which he later informed me about with admiration and his own true belief in its ordered construction under God’s command as recorded in the book of Genesis. He sometimes speculated just how many were actually employed in building the ark over perhaps 100 years. Yet only eight saved souls were on the finished wooden ark it is recorded. So it was a logical question and typical of how his mind always worked …. at least theologically. 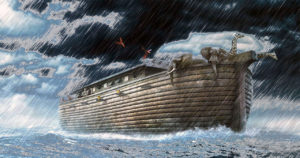 Several days later in one of our welcomed morning constitutional walks in the now almost bare silent deserted forest, he slowly turned to me and spoke as if giving a lesson in a schoolroom: “The cycle of life Rory always commences in that characteristic process of conception in the womb. Right up then to the ending with that final gasped breath when death then drags a person away for judgement – sometimes screaming. And Rory I have often heard this terrible sound on the battlefield – that eventually death snatches all either rich or poor famous or infamous to arrive at that vast uncharted area that lays beyond our understanding. But for many unfortunate women that monthly dreaded bodily cycle brings pain and discomfort when it arrives.

The Queen of Persia Zand Shahbauu (531-579 AD) offered half of her jewels and diamonds to any physician or holy man who could remove or soften that agonising pain for her. None were found or qualified in all of her kingdoms. The Holy Bible proclaims in the book of Leviticus chapter  17 verse 11 that: “The life is in the blood.” Well, I after much research have perfected an antidote that has aided many women during their monthly sufferings. And…” he paused saying to me with confidence: “I’m expecting and probably later this very morning a visit from Lady Louise herself to consult me on this very feminine personal issue. I suspect that maybe my healing powers to the villagers have reached even into those stout castle walls … probably from the gossiping kitchen staff,” he laughed.

And with that unexpected prediction, he would say no more only adding as we headed home: “Just wait and see my boy.” Then he commented on the rich fauna aroma and especially that striking Norwegian spruce now beautifully displayed all around us. 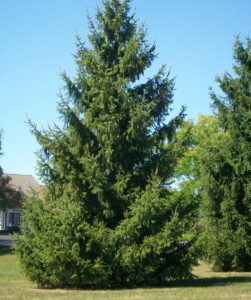