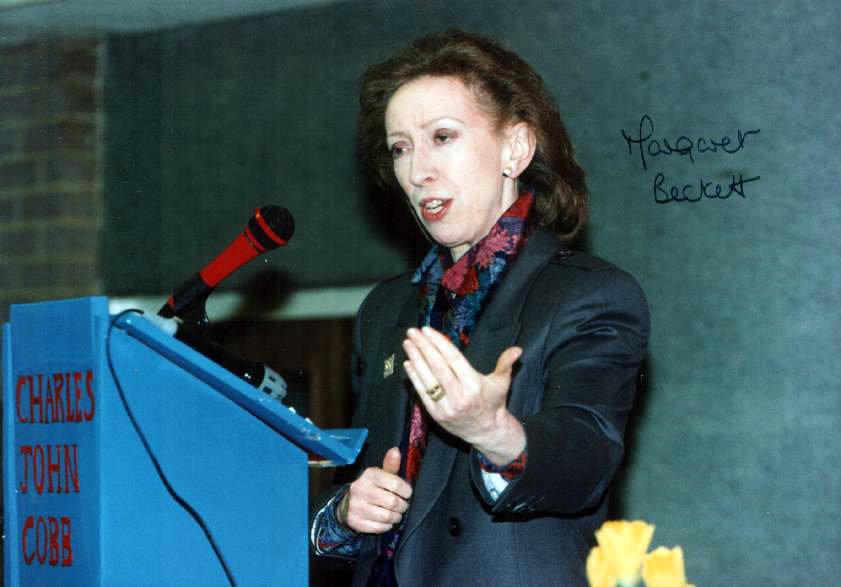 I suppose I have followed the career of Mrs Beckett for many years and none more so than when she agreed to deliver the Annual Charles John Cobb Memorial Lecture in 1996.

When she arrived with her husband Leo it was a cold wet March evening and she was suffering from a heavy cold. (She jokingly informed us that she had inherited it from the then shadow Foreign Secretary, the late Robin Cook. Ten years later she would herself become the surprise choice of the Prime Minister when he appointed her to this important Cabinet portfolio. She was also the first woman to hold such a senior post).

Charles John Cobb was a First World War Christian Conscientious Objector. He was to serve three years in prison and suffer brutal conditions. On release, he would die within three weeks. “Broken in body, not in spirit,” wrote an admirer of his. 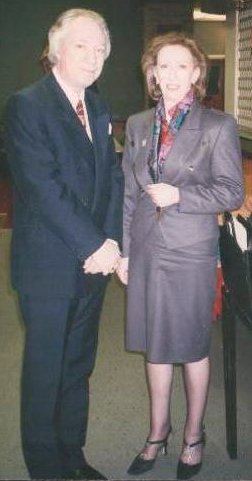 Now I’m not sure why Mrs Beckett agreed to journey down from London to deliver the Memorial Lecture but I’m glad she did. She was then a shadow Cabinet Minister with a heavy Parliamentary workload. But come she did. And maybe it was because of what Charles Cobb had stood for and believed in so passionately. Maybe it was something about his Christian commitment that appealed to her. Something of the man must I think have intrigued her curiosity to turn out on that damp evening and talk to us on her chosen subject.

Margaret Beckett was born in Ashton-Under-Lyne in 1943. (Incidentally, we were doing some street work in the town some months ago, offering tracts etc. It was a productive morning and we will be returning there before Christmas again).

Margaret Becket was baptised a Catholic. She also has a sister who is or was a nun, so I suggest there was some religious input into her family life.

I’m not sure if Mrs Beckett has fully departed from the Catholic church or the reason why. Perhaps it was when she was a student. Either way, her choice must remain personal.

Today she is rarely seen entering or leaving a Catholic church even for notable occasions. (At a service held for the late pope most of the Blair Cabinet were in attendance, including former Prime Minister, John Major. None I am aware are Roman Catholics. But I couldn’t see Margaret Beckett kneeling in the pews. Most of them were)!

Interestingly at the funeral of the late Labour leader John Smith she not only attended but read Matthew 5:1-12 and it is reported, “With her voice nearly breaking.” I suspect the choice for her to do a reading was her own. But of her religious beliefs, I still knew nothing.

So some weeks ago a national daily paper asked for questions, personal or not, to be sent to the Foreign Secretary. This offer I could not resist.

To my surprise, my e-mail question was put to her. Here it is: “I have followed your political career with interest and do wonder if you have a belief in God and do you pray before important political decisions?”

This is her reply: “I never discuss my personal beliefs,” and that was it. I’m still none the wiser.

However, for Christians, we are commanded to pray for those figures in authority, especially Government (1 Tim. 2:2; Rom. 13:1-4).

It is my understanding that this means Margaret Beckett too. And however much we disagree with her Governments actions, we must petition God daily. All Governments are instituted by God (Dan. 2:19-22; 1 Pet. 2:13-17).

His is the final authority.

I personally pray that one day Margaret Beckett will be gladly saved. And if so she could then, if she wishes, join us, where she would be given a very warm welcome, with or without a head cold!

But best of all I would know that she is blessed with a lasting belief in God!