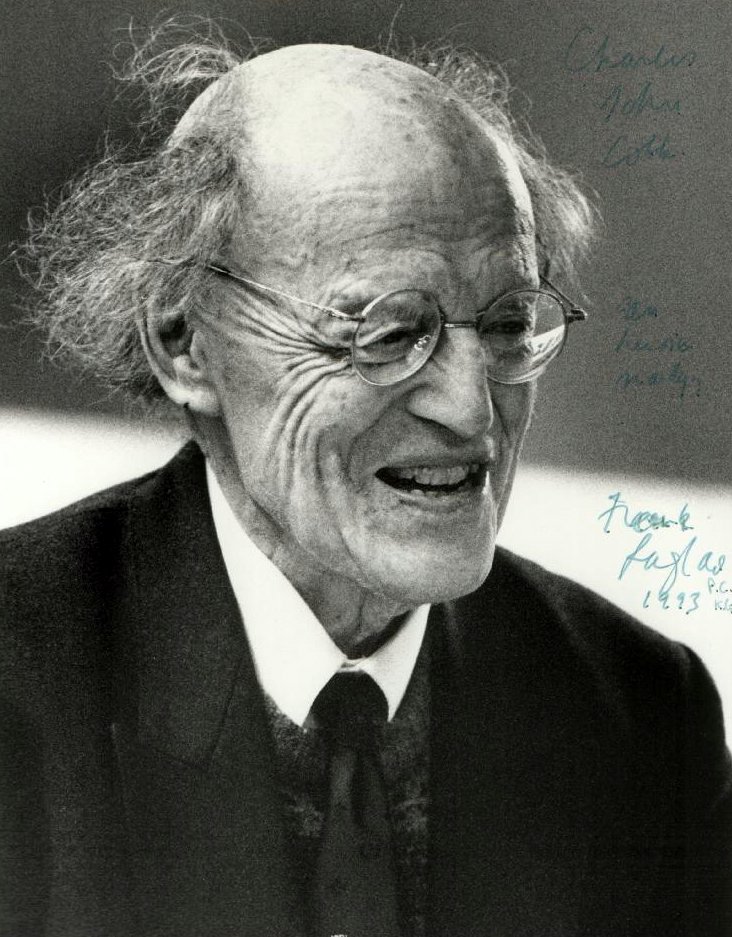 Lord Longford was a controversial social reformer. He began his prison ministry, it is claimed, after reading a Bible tract, with the inscribed words: “Those who visit prisoners, visit Christ.” And visit them he did. Including such celebrities as the Kray twins, Lord Archer, Jonathon Aitkin, Charles Bronson and the notorious Moors murderers, Brady and Hindley and many more, except the 1950s murderer, John Christie.

Both myself and James, with a friend, visited him in the House of Lords to ask him to inscribe the official lecture portrait. You can see it above. He lamented to us the fact that both Reggie Kray and Myra Hindley were angry with him for not being able to fast track their release from prison (as if he ever would have been able to). It seems they would refuse all future visits from him again. (Reggie Kray was released on medical grounds and died soon after). But I still think it saddened the old boy.

He had a fifty-year interest in politics as well as serving in the cabinets of Prime Ministers’ Atlee and Wilson.

Lord Longford had met them all and knew many on a personal first name level from disgraced Richard Nixon to the Queen. Longford could, it seems, converse with anyone. And he remained active in the House of Lords until he died.

Years earlier during his National Service in 1940, he decided after a nervous breakdown, to renounce his army commission and to become a Conscientious Objector. 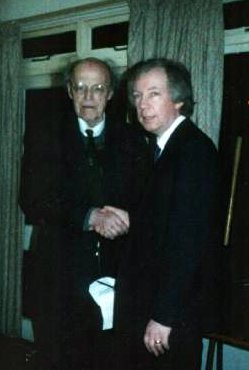 Because of this, I was delighted, when in 1993, he agreed to deliver the Annual Charles John Cobb Memorial Lecture.

After a very successful Lecture, I drove him, at about 10.30pm, to the station to take the train back to London, then on to Chelsea by tube where he lived. Somehow he arrived safely home. A tall figure I remember with his distinctive bald head and a long woollen scarf; he struck an imposing figure to all who saw him walk by, and usually, he was smiling. He was by then in his late 80s and still mentally alert. Earlier he had delivered his 25-minute talk, and all without notes.

But how different it might all have been if the tract he picked up all those years ago had informed him: “Ye must be born again.” Then I suspect this Peer of the Realm might have become known affectionately as “Lord Born Again.”