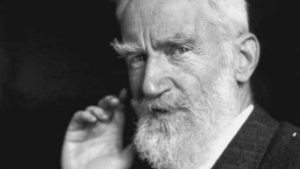 As we write our final article this year, Baghdad has suffered one of the worst terrorist attacks in recent years, resulting in 69 dead; North Korea’s atheist dictator dies, aged 69, leaving his mainly impoverished and indoctrinated people ‘mourning,’ and one of the UK’s leading infamous atheists, Christopher Hitchens died, aged 62.

So, the question I have to ask is: what is worse? Islam or atheism/communism? The former means submission, with the sword never far away from those that dare question its rules and regime, while the latter offers no real sense of value to life, and is also closer in scope to the former when it comes to keeping people down. However, in Jesus Christ total forgiveness, meaning and freedom are offered to those that totally put their faith in His finished work on the cross.

The reader may wonder why I have deliberately highlighted the three 6’s in the first paragraph. It was done for one of two reasons. 1) To demonstrate that without any context, its meaning can be interpreted to mean absolutely anything. 2) Everything happens in our world for a reason. 666 is the devil’s number and therefore while one mustn’t be too quick to see devils and evil spirits under every rock. But one would certainly do well not to underestimate the power of darkness.

In conclusion, a verse without a context is a pretext! Make sure those that are students of the Bible take great care to read and interpret Scripture in light of Scripture.

FAMOUS ATHEISTS THAT LOST THEIR FAITH

While the press had much to say of the late Mr. Hitchens, what neither they nor his followers wanted to pen or talk about, was how the following well-known atheists, lost faith in atheism before they died.

Bertrand Russell and Bernard Shaw were both committed atheists, yet before they died, acknowledged that God was indeed God.

Shaw made the statement of his life: “The science to which I pinned my faith [evolution] is bankrupt. Its councils, which should have established the millennium, have led directly to the suicide of Europe. I believed them once. In their name, I helped to destroy the faith of millions of worshippers in the temples of a thousand creeds, and now they look at me and witness the great tragedy of an atheist who has lost his faith.”

He even went as far as to say the following about the King James Bible: “The translation was extraordinarily well done because to the translators what they were translating was not merely a curious collection of ancient books written by different authors in different stages of culture, but the Word of God divinely revealed through His chosen and expressly inspired scribes. In this conviction, they carried out their work with boundless reverence and care and achieved a beautifully artistic result.”

Johann Wolfgang von Goethe said the following: “I hold the Gospels to be absolutely authentic. They are like a reflection of the person of Christ, a reflection that is sublime and more divine in character than anything that has ever appeared on earth. I bow before them before the divine manifestation of the loftiest principle of morality” (Eckermann, Conversations with Goethe, III).

Jean-Jacques Rousseau offered this: “My friend, something made up does not sound like this; and the facts of Socrates’ life, which no one seriously doubts, are less well attested to than those of Jesus Christ” (Emile, IV).

And Sir Arthur Keith, who wrote Darwin’s forward for the 100th-anniversary edition, said the following: “Evolution is unproven and unprovable. We believe it because the only alternative is special creation, and that is unthinkable.”

Imagine being a disciple of Bernard Shaw, only to discover that Shaw himself recanted towards the end of his life. Imagine going to Hell because you adopted Shaw’s gospel of atheism, only to realize he changed his mind and jumped ship at the last minute! And imagine leaving saved family and friends and joining forces with disciples of Darwin, only to discover that he too may have repented before his death. How awful! How sickening! How tragic!

Charles Darwin said the following about this: “The chief distinction in the intellectual powers of the two sexes is shown by man attaining to a higher eminence in whatever he takes up than woman can attain, whether obtaining deep thought, reason or imagination or merely the use of the senses and hands.”

WHO WAS REALLY BEHIND DARWINISM?

An interesting and very rare quote from a Catholic publication, offers the following: “We [the Illuminati] have spread the spirit of revolt and false liberalism among the nations of the Gentiles so as to persuade them away from their faith and even make them ashamed of professing the precepts of their Religion and obeying the Commandments of their Church. We have brought many of them to boast of being atheists, and more than that, to glory in being descendants of the ape! We have given them new theories, impossible of realisation, such as Communism, Anarchism, and Socialism, which are now serving our purpose… The stupid Gentiles have accepted them with the greatest enthusiasm, without realising that those theories are ours and that they constitute our most powerful instruments against themselves” (The Catholic Gazette, Feb. 1936).

Scripture repeatedly warns us not to follow man and his ever-changing views on this or that, but to build your foundation on the Rock of all ages, the Lord Jesus Christ and His unbreakable Book, the Holy Bible!

So maybe, Lord willing, one day we will hear similar words of contrition and repentance from Richard Dawkins.

May I suggest we keep him and other unsaved people in prayer.