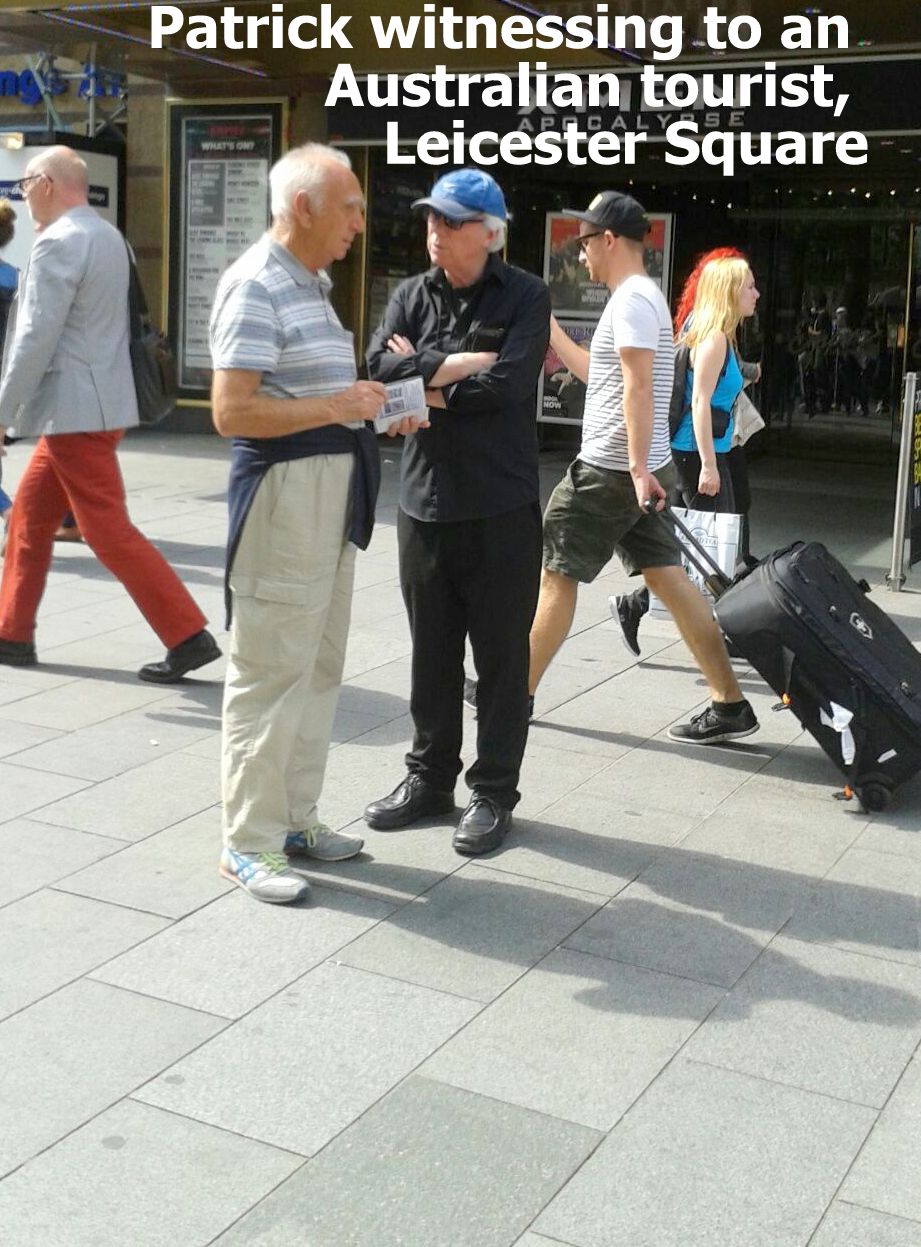 Sister Helen kindly shares her thoughts and memories of this month’s ministry outreach, which was the longest, most successful, and ambitious to date.

We estimate over 15,000 tracts were given out, with numerous Bibles and DVDs too! 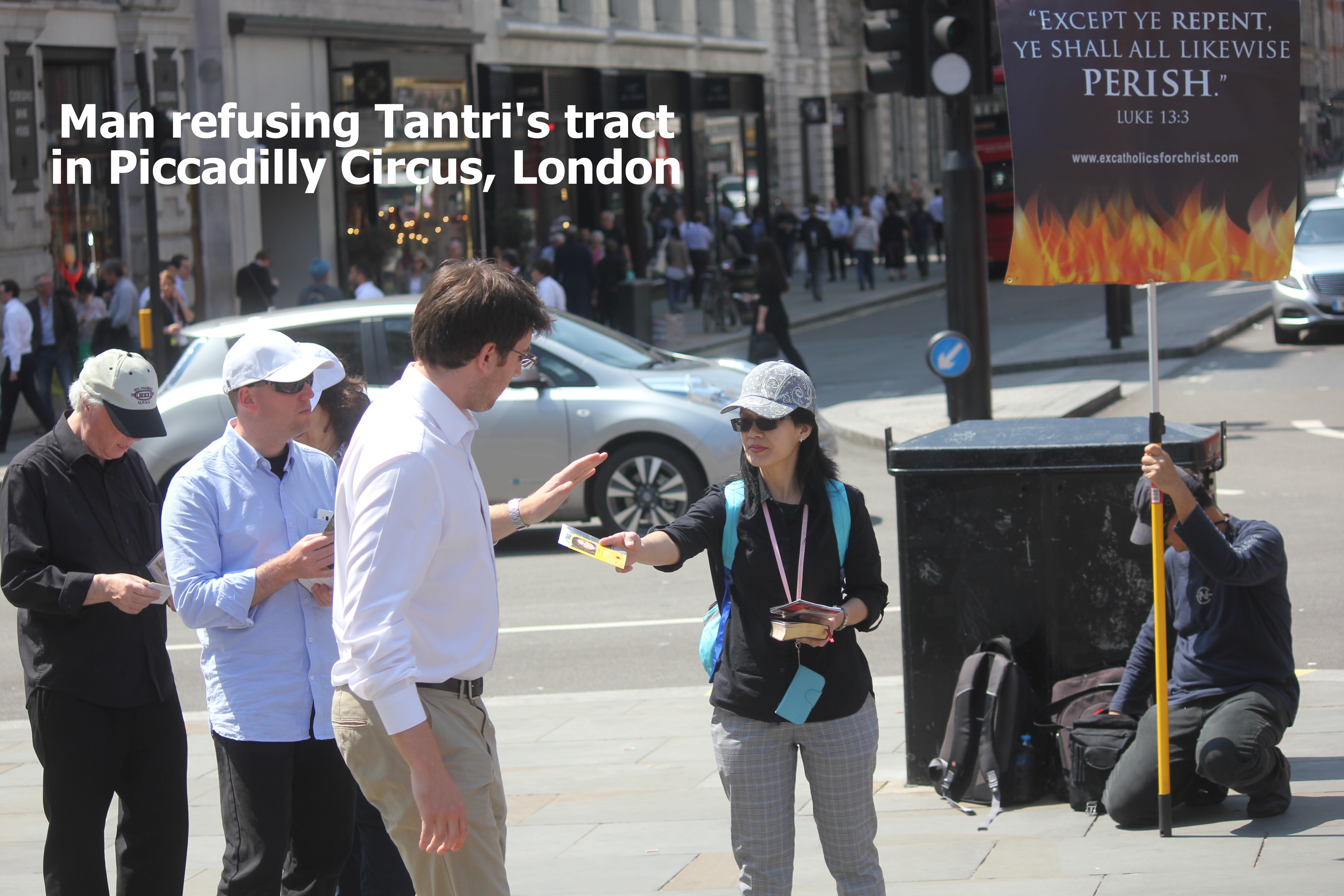 We had a wonderful two weeks in the London area, an area that could be summed up in one word: multiculturalism. 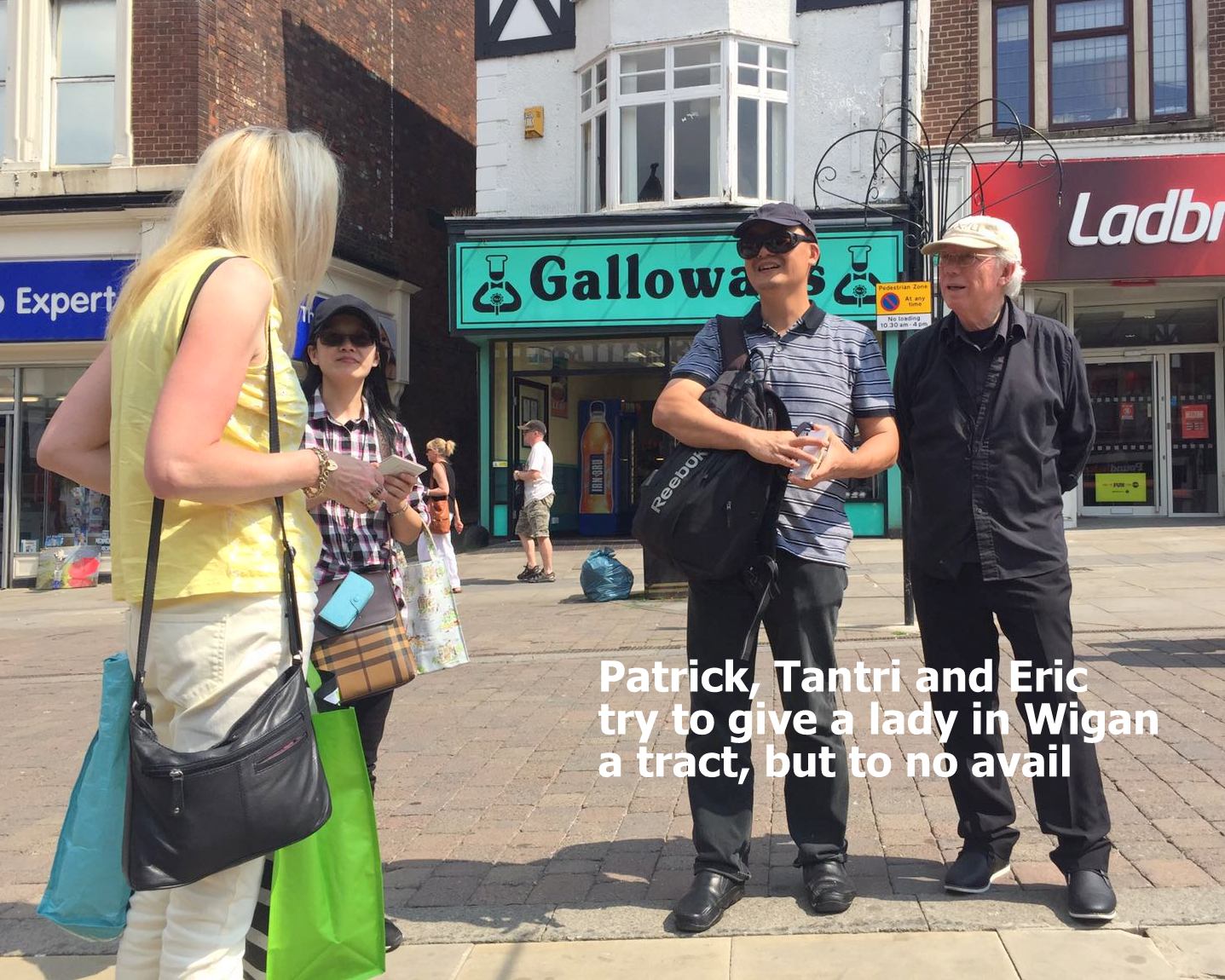 We all noticed that foreign languages were heard far more than English, and that many native English speakers were second-generation immigrants. Most astonishingly, these individuals proved to be far more receptive to the gospel in general and were more open to receiving DVDs with Bible study recordings. 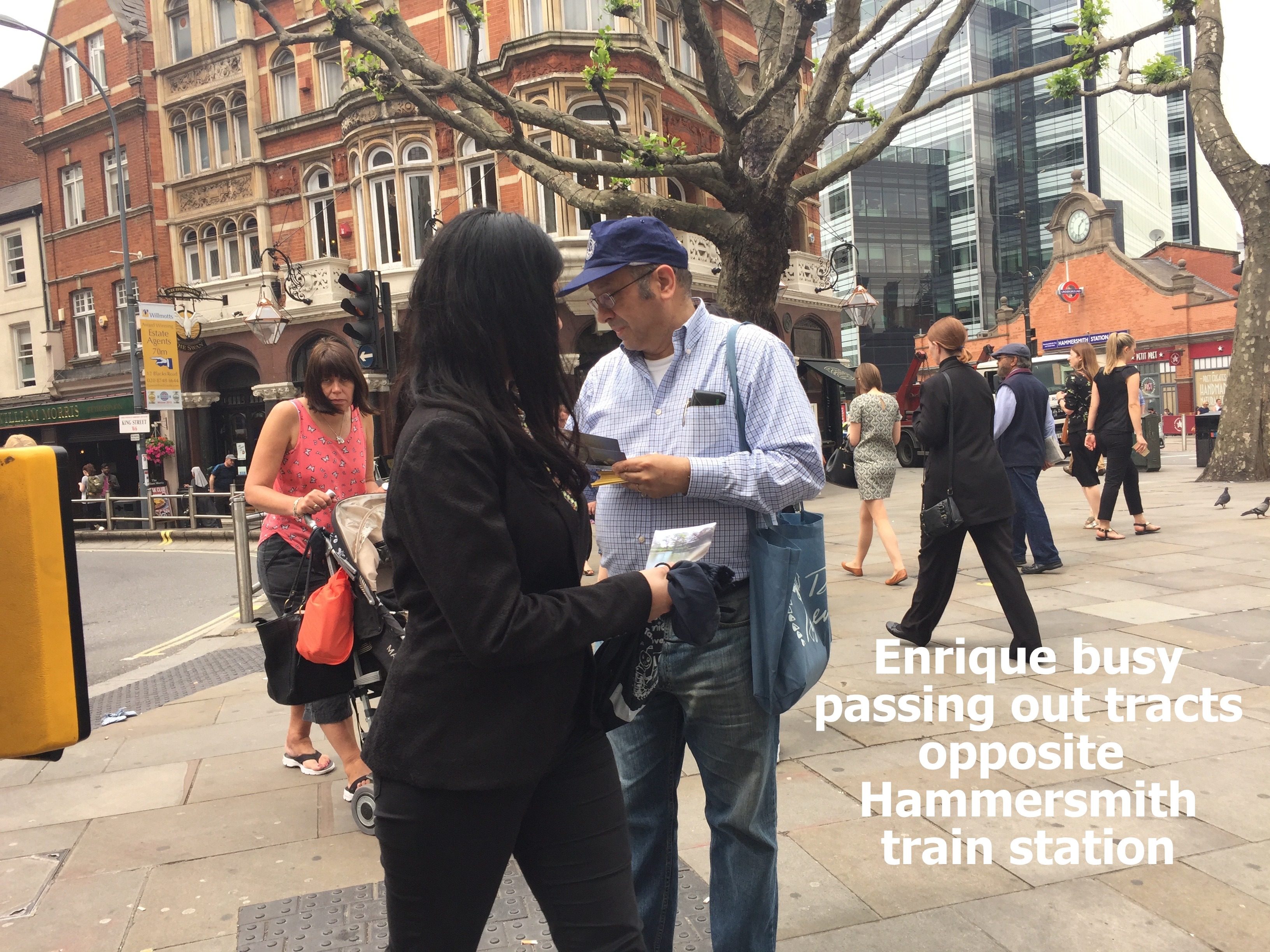 We personally had conversations with people from Afghanistan, Bolivia, Bulgaria, China, Ecuador, England, Ghana, India, Indonesia, Iran, Nigeria, Philippines, Serbia, South Africa and Spain, and gave tracts to countless others, many of whom were from other countries. It was abundantly clear that Bible believers are no longer able or willing to enter or live in these countries, so the Lord has seen fit to bring them to us where the culture (although anti-gospel) is softening their reception. 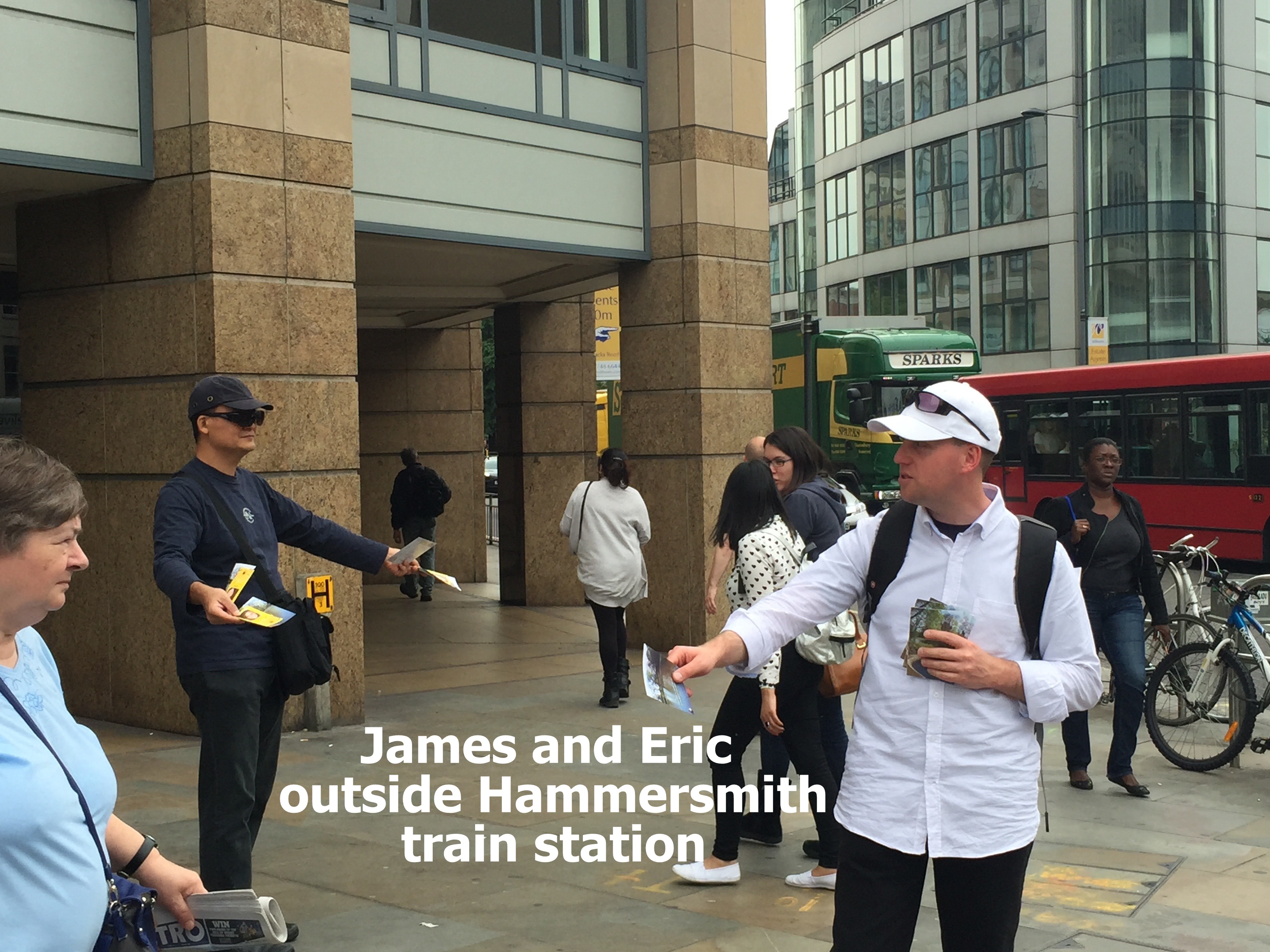 The entire city was filled with tourists, most of whom were not too keen to interrupt their holidays for such a serious subject as hell and salvation, but some did take tracts. 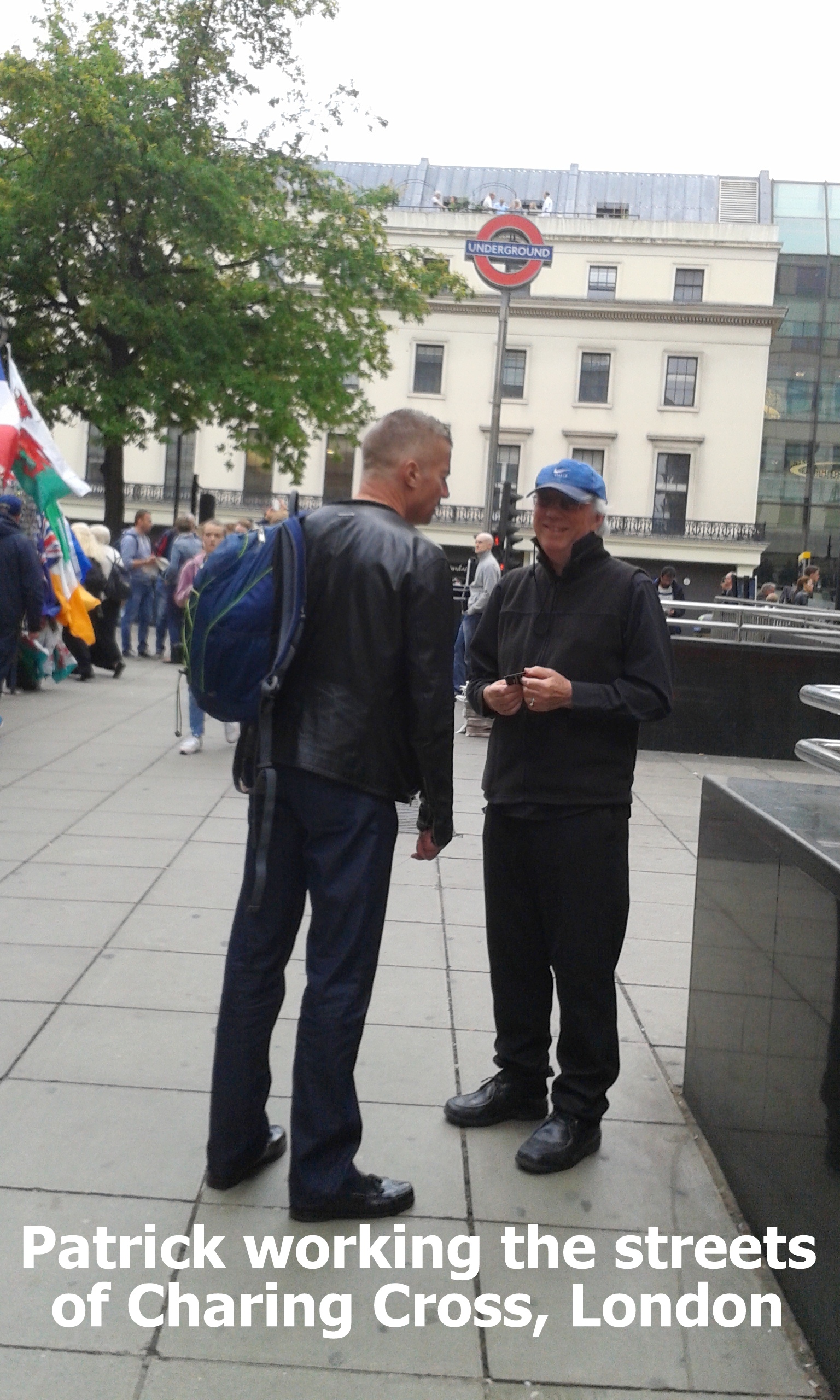 This year we had Spanish and Chinese bilingual tracts which had some limited success, although we did not see too many Spanish speakers (school still being in session in Spain). The Chinese generally seemed ashamed to receive any message, but brother Enrique was able to give out English-Chinese tracts to an entire busload of tourists (thanks to the fact that the first man exiting accepted it).

The new credit-card tract was very well received and we gave out many of them to passersby, as well as to several believers who stopped us to comment on our efforts and to ask if they could also take some for distribution. In fact, one couple from Canada that had been unsuccessfully searching for suitable evangelistic literature in London was happy to receive a small bundle. 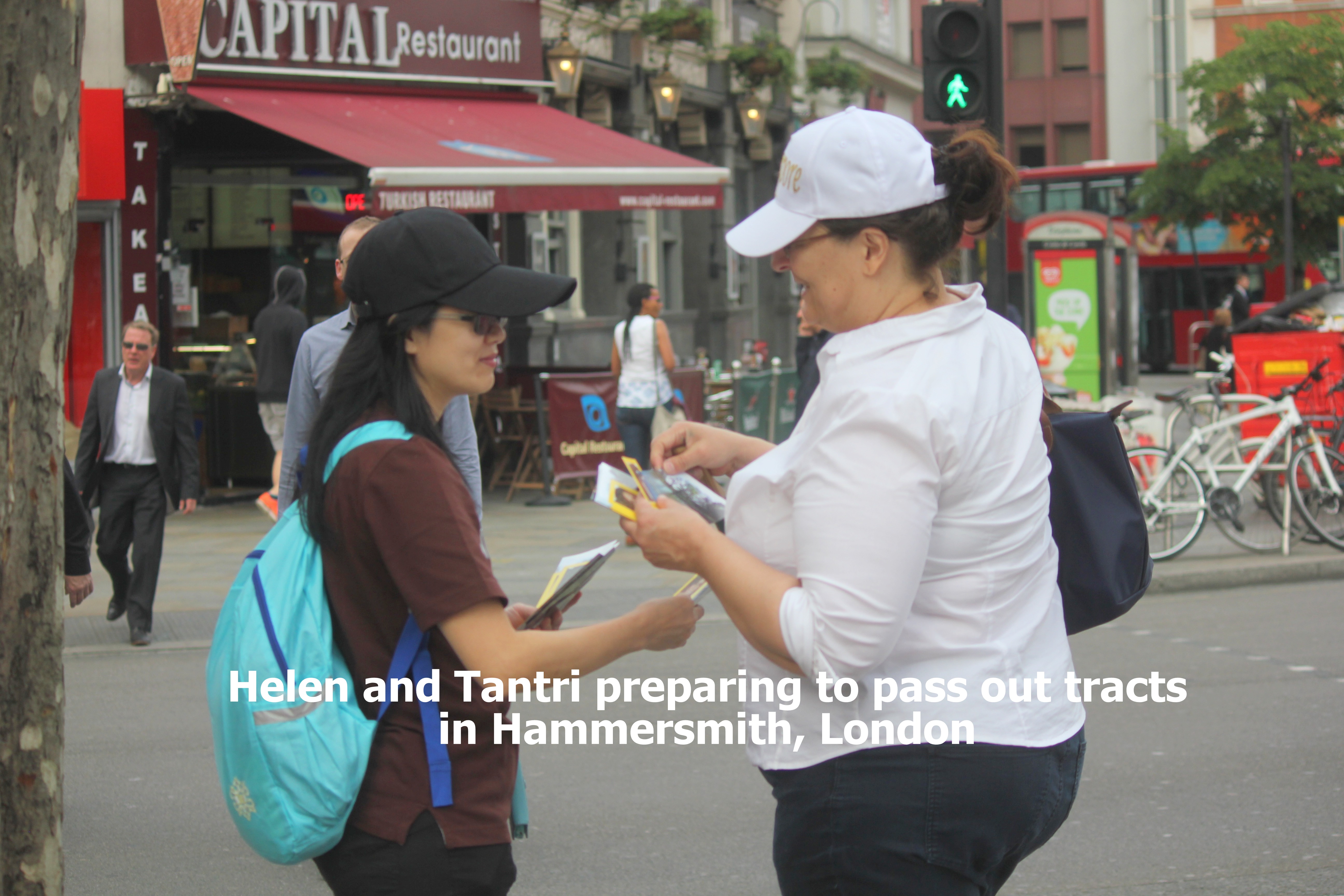 Although our base was near Hammersmith underground station and several of our team were at the station for the morning and evening work and school crowds, we also spent a good amount of time with the banner up and giving out tracts in Leicester Square (with wonderful reception) as well as Piccadilly Circus, Greenwich, Croydon, the British Museum, Covent Garden, Embankment Station and Charing Cross. We also did some evening letter-boxing near the house we stayed at. 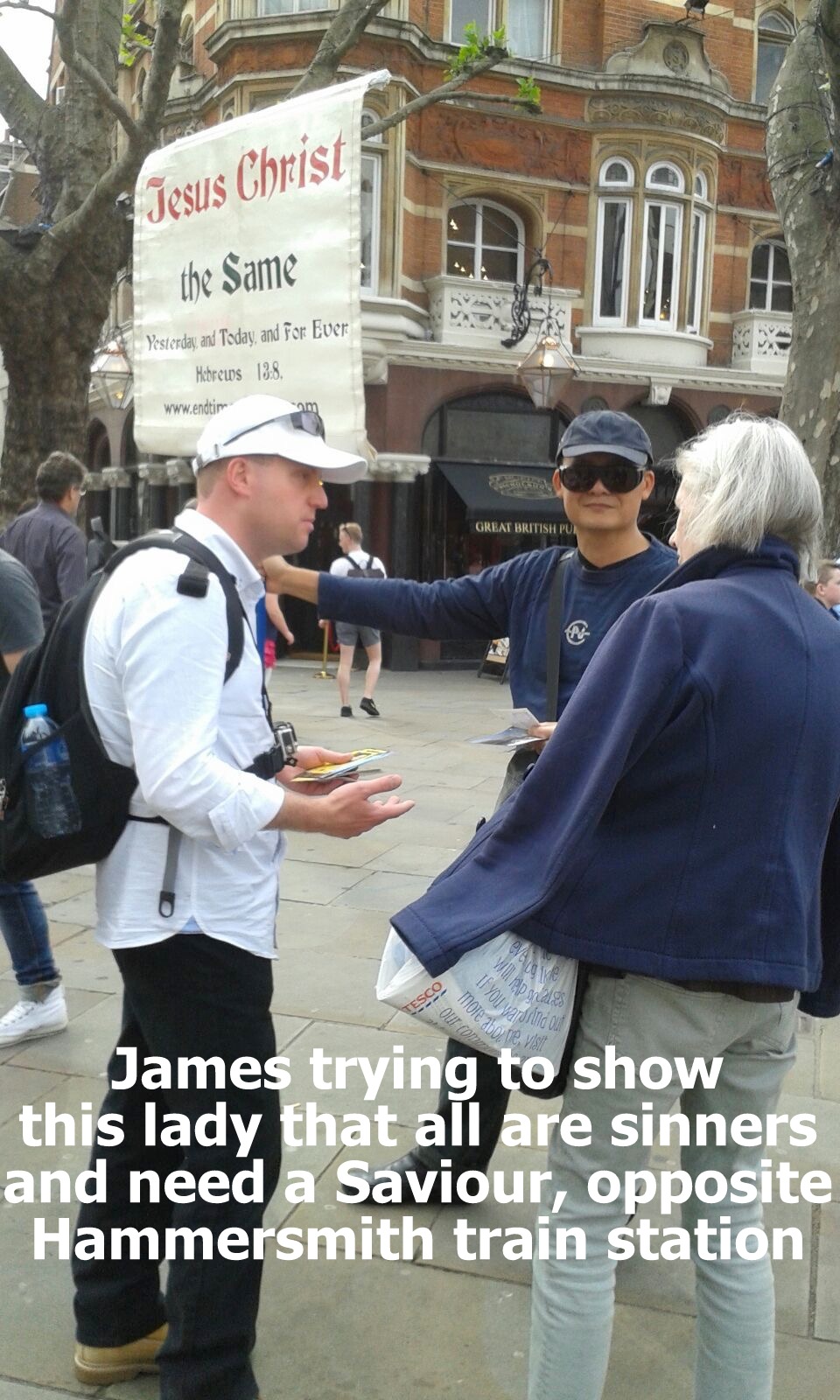 Sister Jane met the station security master at Hammersmith who proved to be a fairly new believer and kindly watched over us from then on. 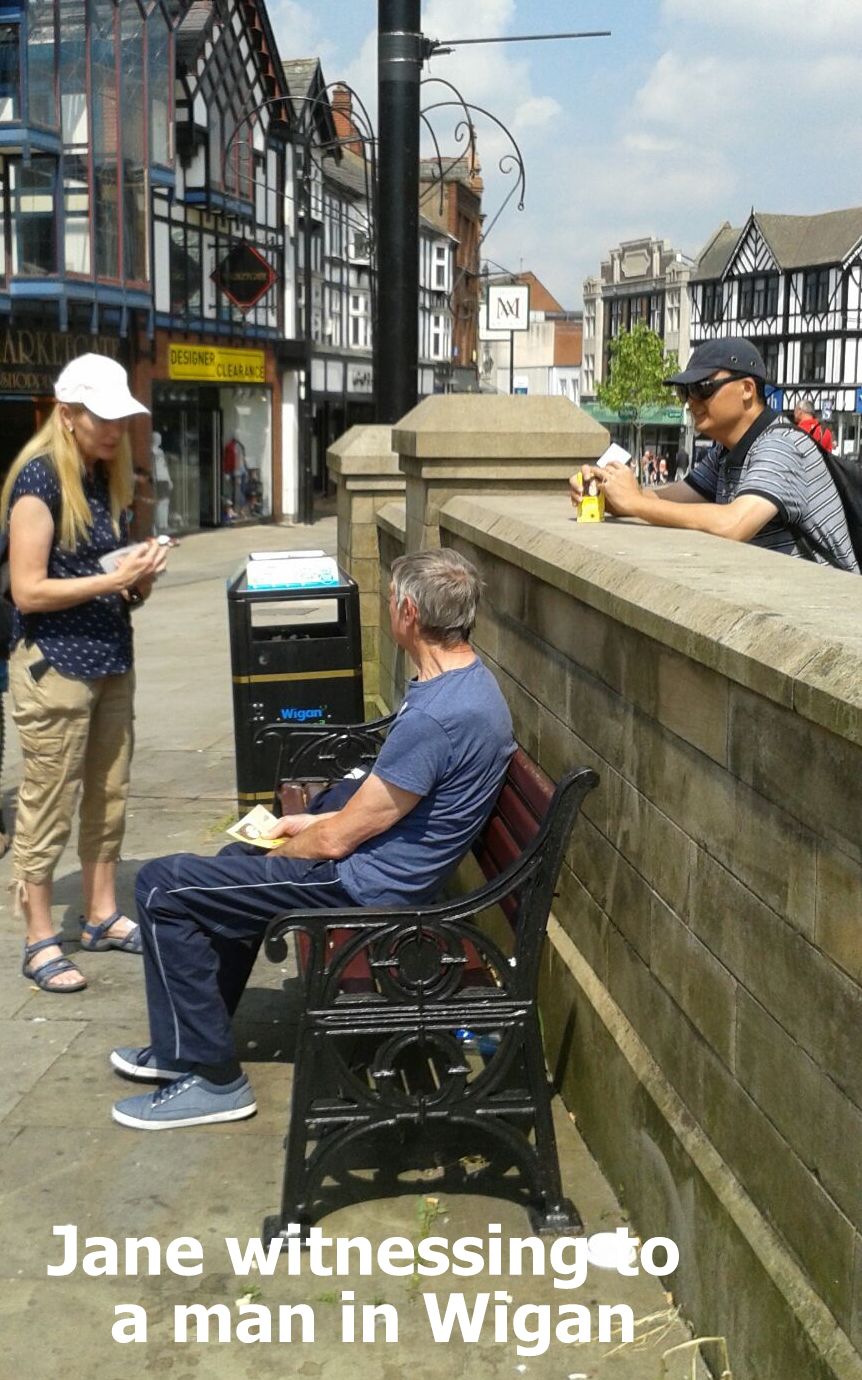 There was initially some reservation about how the banner would be received, but the police completely ignored both the banner and ourselves, and our only encounters were when they asked us if we were okay. James said this was definite protection from the Lord, as the London police can be rather hardened and cynical about the gospel and public preaching. 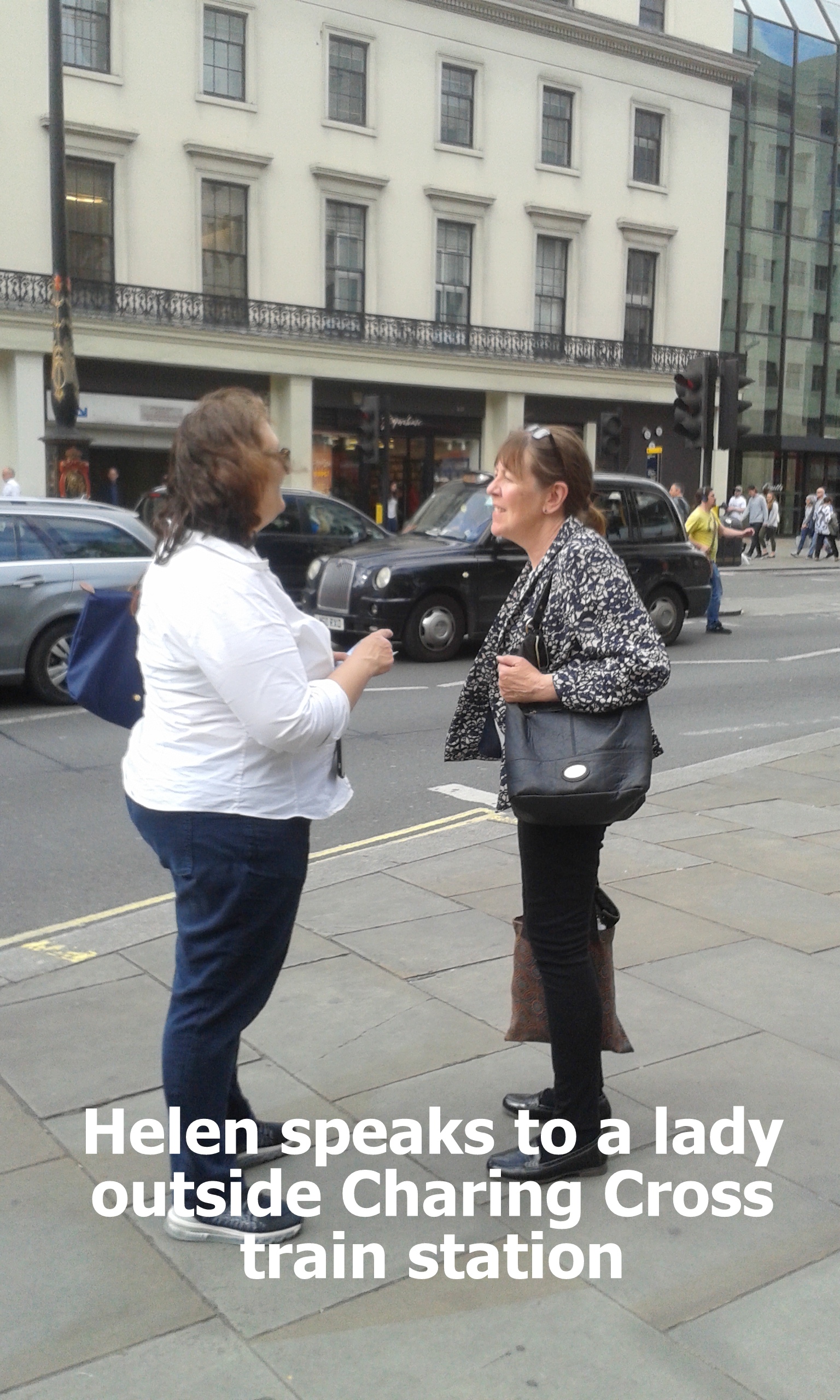 Many people saw the banner, including many tourists in buses. Our estimation was around 50,000, but perhaps it was visible to many more. Here is a sampling of the one-liners we heard in passing:

Positive:
– “Blessings to you and your colleagues for your courage”

– “Thank you for preaching the gospel” 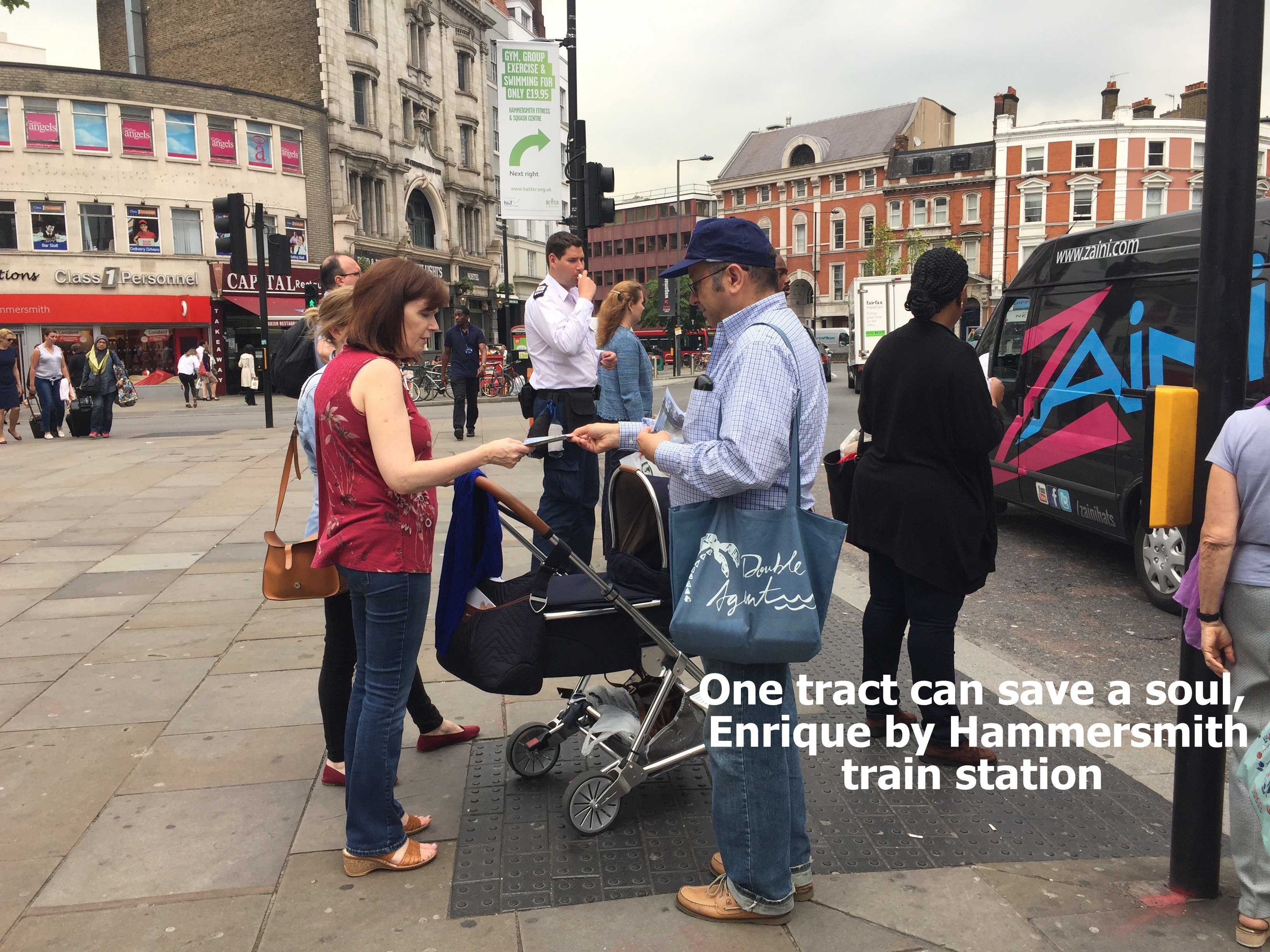 – “What a negative message!” 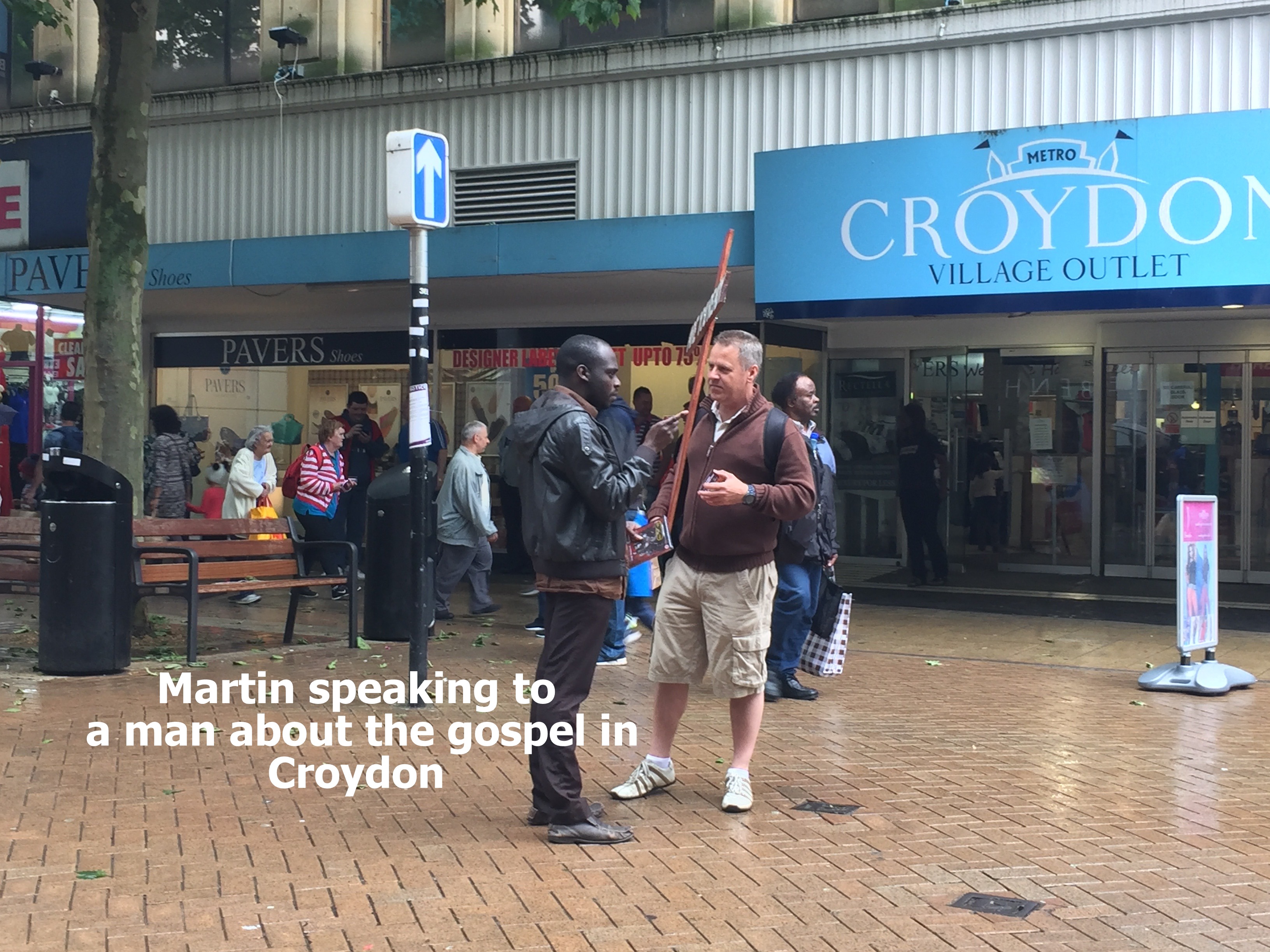 We also received many comments when tracting, among them:

– “Praise the Lord for your efforts” 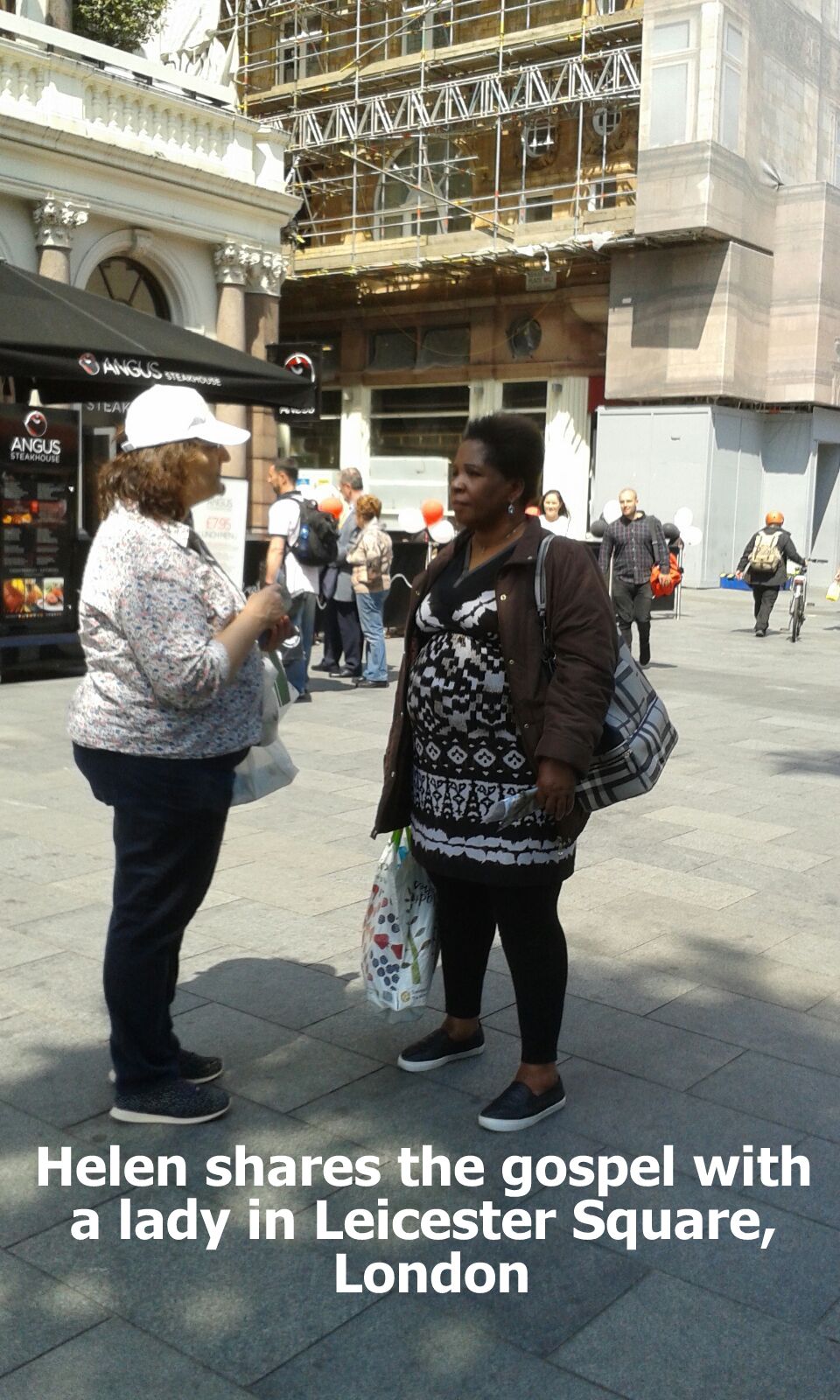 – “How could you offer me this during Ramadan?”

– “I will choose my own religion” 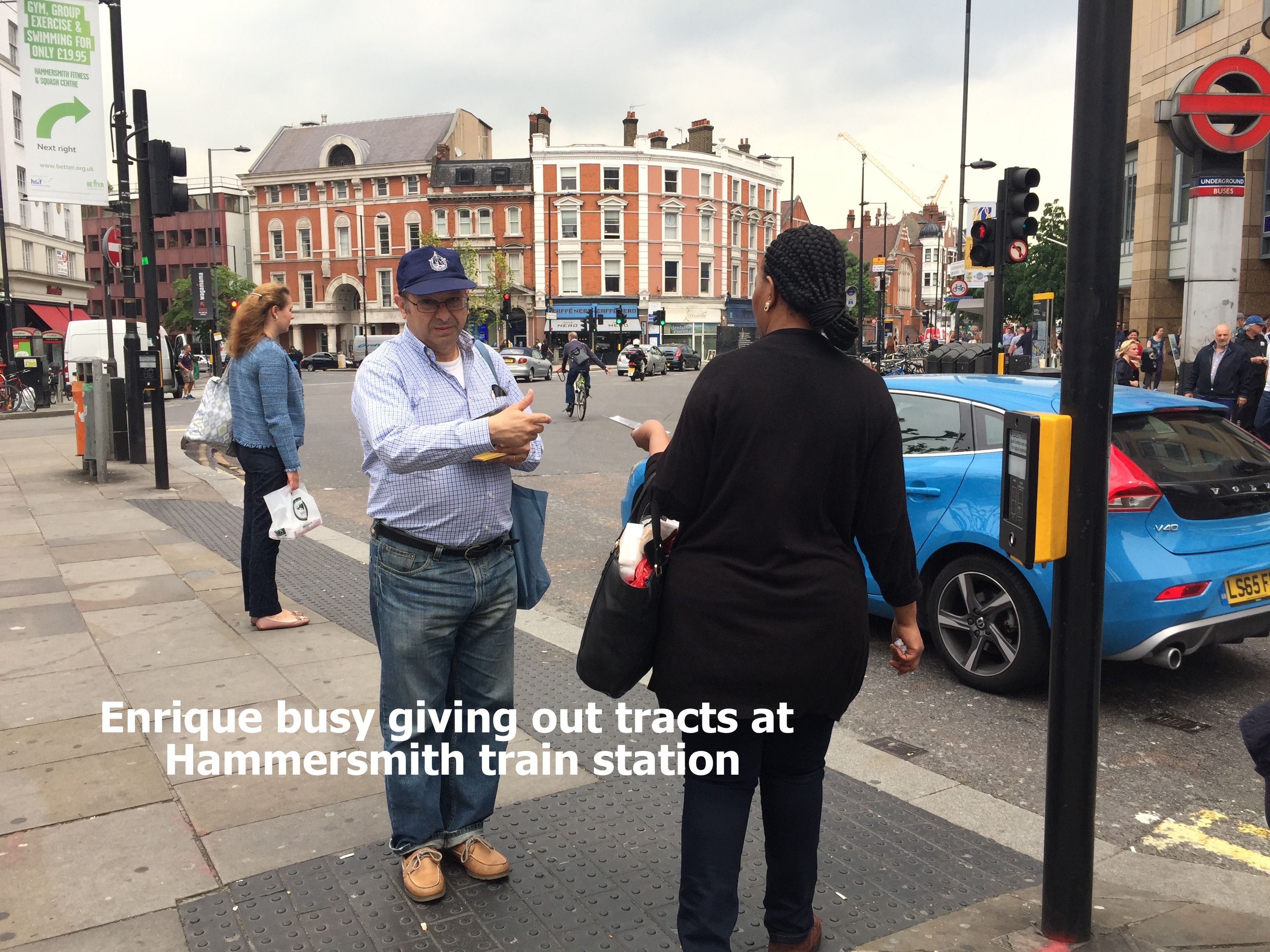 We noticed that the more commercial and the more business-oriented the area, the less receptive people were. Surely it is true: “For it is easier for a camel to go through a needle’s eye, than for a rich man to enter into the kingdom of God” (Luke 18:25). Perhaps because they have fewer needs in this life? 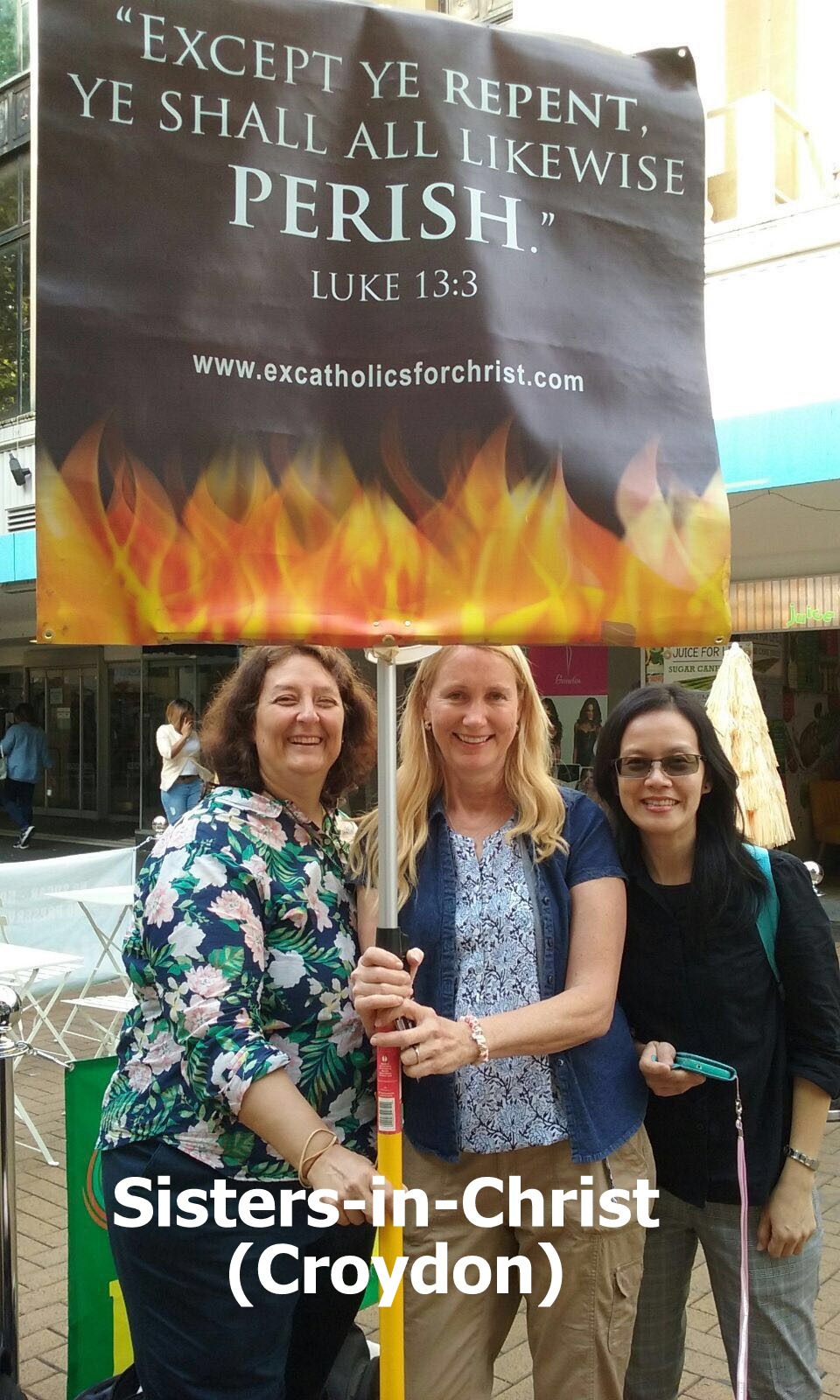 We met an astonishingly high number of people (6!) who recognized brother James from YouTube, including one Catholic who was not too happy with him. 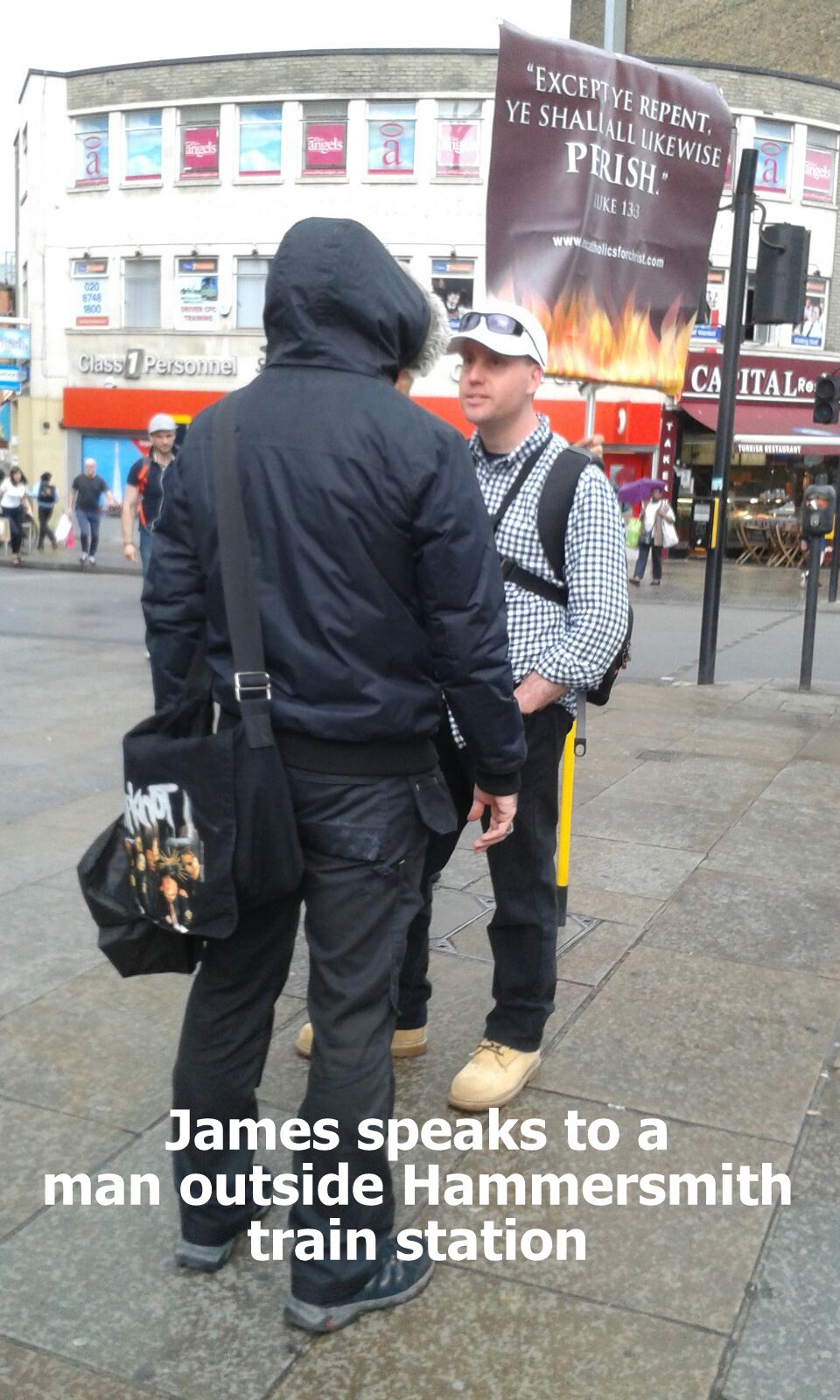 Brothers James and Patrick each open-air preached a couple of times and brother Eric had a few words in public in English and in Chinese that were also much appreciated. 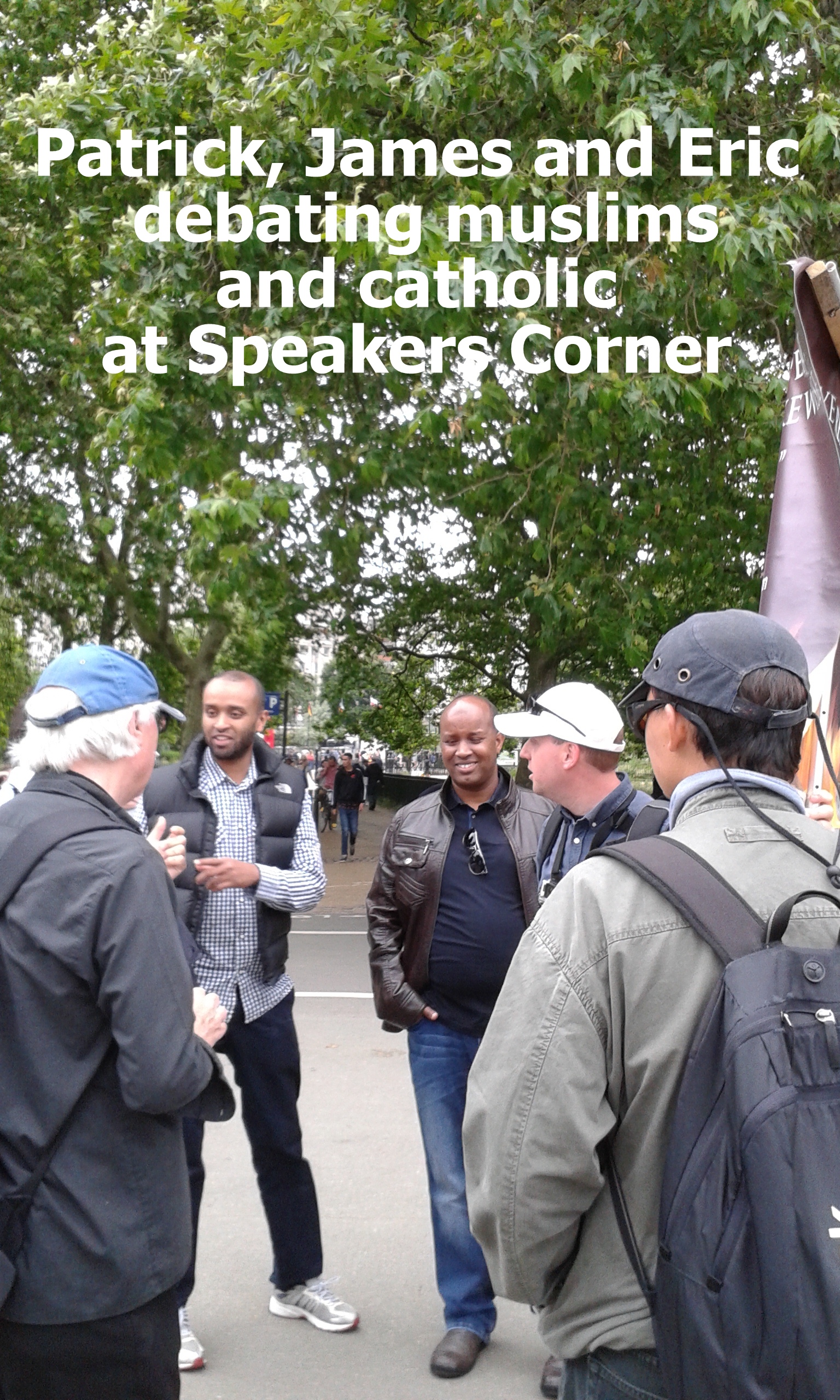 We had especially good conversations in Croydon (brother Martin came as well) and in Leicester Square and pray that all who received and heard little or much about the true gospel of the Lord Jesus Christ will take the message to heart, ponder it and see their own wicked self and be convicted of their need for salvation. We planted and watered what we could, but the Lord God will give the increase (I Corinthians 3:6), as it is most certainly His work. 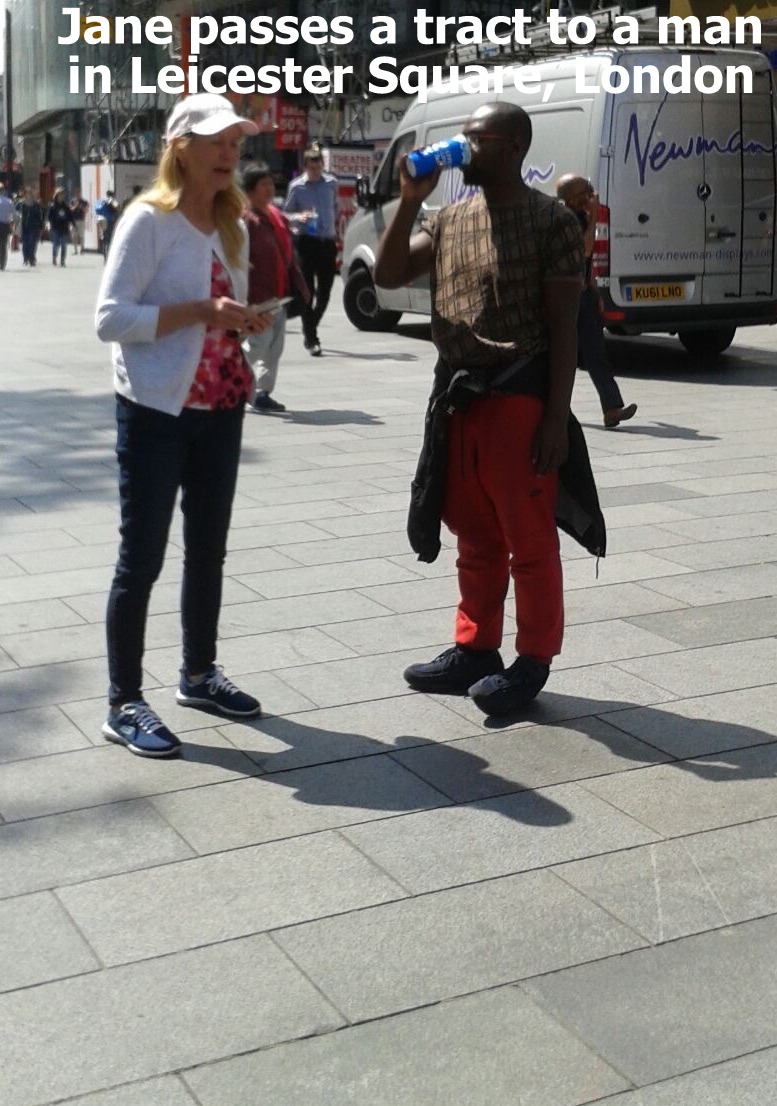 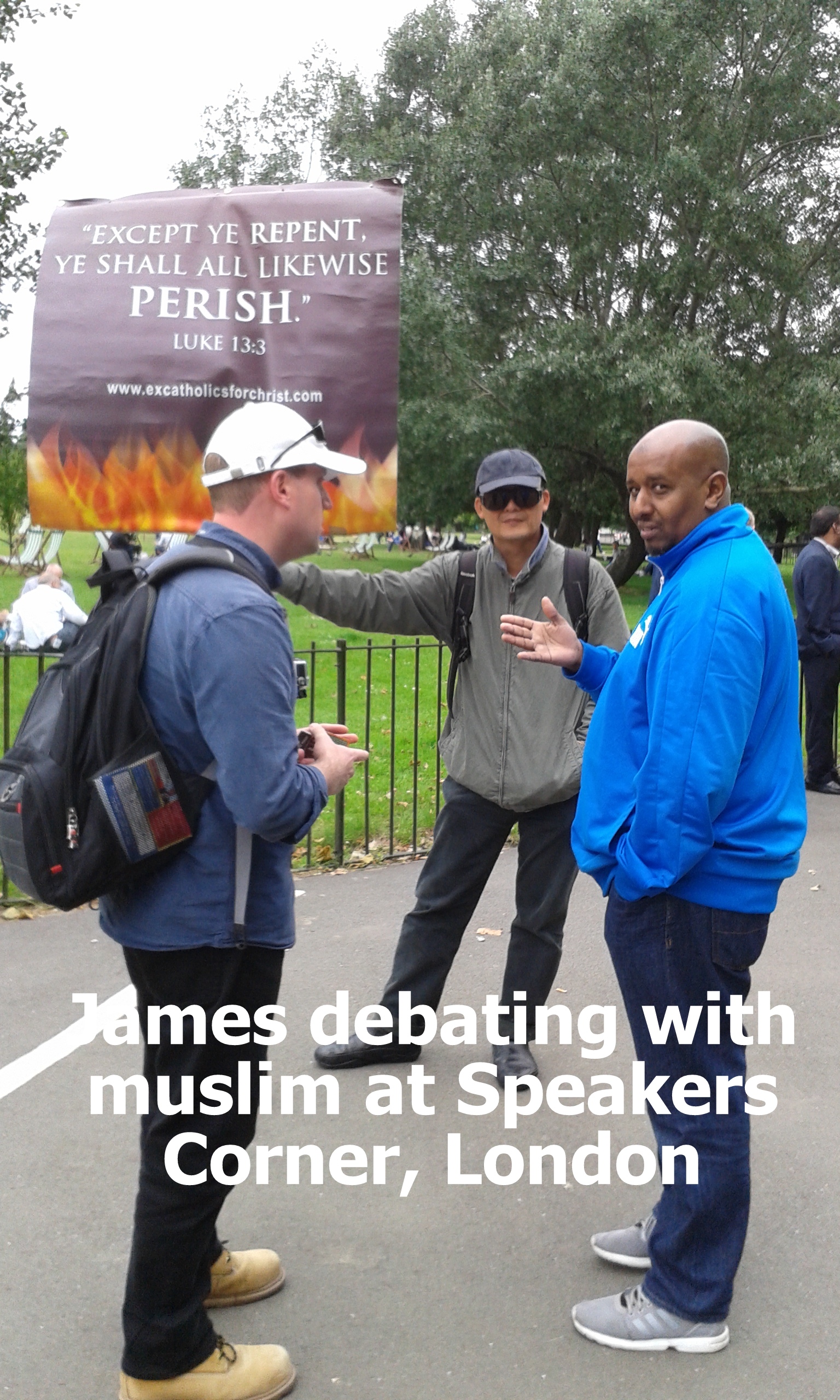