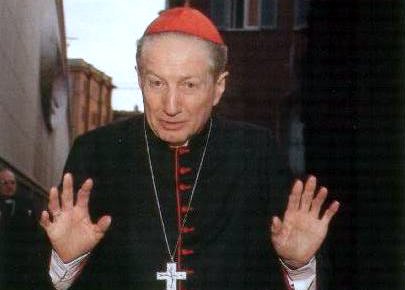 The late cardinal was a member of the controversial Jesuit order, and always seen as an ally of the liberal factor of his church.

Like so many theologians, when he referred to ‘the church,’ he meant the Catholic church of course. Any born again Christian would be anathema to his thinking and understanding.

Montini had retired to Jerusalem in 2002 to continue his ‘Biblical studies’ but returned to Italy later, dying of Parkinson’s disease in Milan, on August 31.

How much he understood of the Biblical command of Christ that, “Ye must be born again” is unknown and some weeks before his death, he stated that, “The church is tired.” Yet the wonderful promise of the New Testament is “Come unto me all ye that Labour” (Matt. 11.28). Thankfully Jesus is never tired.

Did he indeed follow this command or was his final thoughts on the religious system he was so much a part of and encouraged others to believe in.

The cardinal was an intellectual yet the children of God must be always like children and that’s the final tragedy for men like him and others who never came out of the false religious system that dwells in Rome.

Even to those like him who had the luxury of residing and studying in the city that Christ will return to one day fail to grasp the simple fact that to, “Believe on the Lord Jesus Christ and thou shalt be saved” (Acts 16:31) applies to all men, even to cardinals like Carlo Martini.

During his day it was rumoured that when he finally became pontiff, he would encourage women to seek the priesthood, perhaps quickly, which would obviously compromise his churches birth control teachings.

Then quickly begin to dismantle the 800-year old Catholic tradition on celibacy. Even announcing a future Vatican III Council, that would clear up ‘the problems’ the other two didn’t or couldn’t. But it didn’t happen!

On April 19th 2005, the white smoke from the Sistine Chapel announced that a new pope had been chosen and surprise, surprise (but not my son James), it wasn’t the darling of the liberals but the old German shepherd himself, Josef Ratzinger.

I remember watching on television a young nun in the square below the chapel, desperately praying as she watched the plume of smoke crying, “I hope it’s not Ratzinger.” Sadly for her, it was. And it was a coup!

Also during this time, some wannabe feminist/female Catholic priest, with a film crew in hand, caught her reaction, as she stood gazing up at the smoke when confirmation came that Ratzinger was indeed the new pope; for she blasphemed by hollering “Jesus Christ.” How had this happened?

Well according to those in the religious loop, Martini’s supporters in the first ballot, picked up 40 votes, as opposed to 38, for the German.

The South American lobby was gaining ground or as one member remarked afterwards, “Getting elected pope is more a question of how many enemies you have than friends.”

Things then started to change quickly, as voting intentions began to surface. A suggested three strikes against Martini were openly aired. The first being he was a Jesuit.

The RCC has never had a pope elected from that order. Secondly, he was too liberal for many clerical tastes. And finally hadn’t he courted too much publicity in the press for his own good?

Jealousy too can be a decisive voting factor as well! 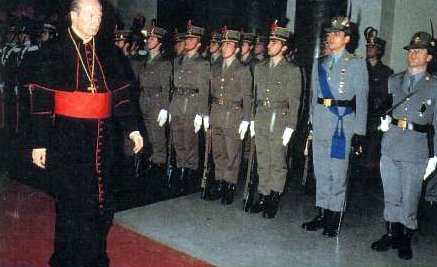 However, we at this ministry look forward to the coming of Jesus Christ to reign in Jerusalem for a thousand years. Unless the rapture arrives first of course.

For Carlo Martini, it might be too late. He and his church have chosen to reject much of our eschatology, that’s their choice. But I pray that Catholics who read this will not. Remember: “And ye shall know the truth and the truth will set you free” (John 8:32).

This wonderful verse may just apply to you!

On a personal note, I remember an elderly nun, whose opinion I respected, telling me that she had heard Martini speak in London’s Westminster Cathedral, in the mid-1990s. She claimed there was something about him that made her feel very uncomfortable. I wish now I had asked her what it was.