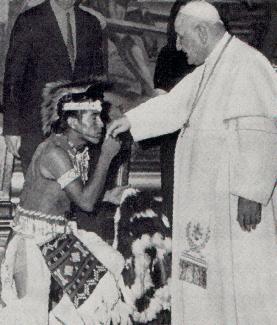 (In ‘submission’ to Pope John XXIII)

“Be ye not unequally yoked together with unbelievers” (2 Cor. 6:14) 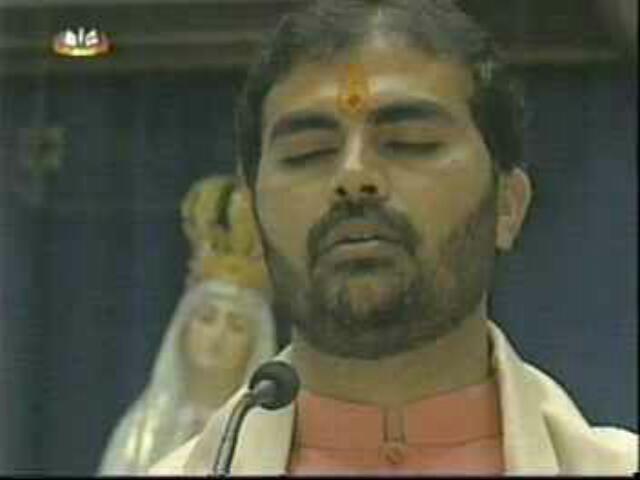 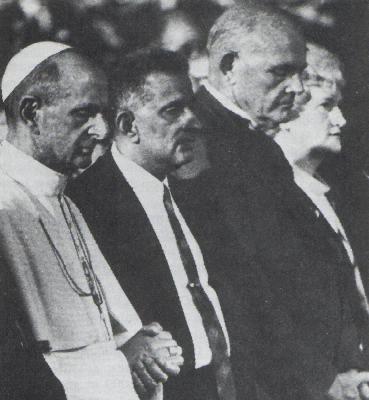 From a Biblical perspective, the question really should be: can Catholics be saved without total faith in Jesus alone? No, would be the Bible’s answer. However, I am coming from the position of an average Catholic, pondering whether or not their non-Catholic friends need to be Catholic in order to be saved?

This article will prove that Rome now teaches non-Catholics can and may be saved, without any faith in Jesus Christ. However, this only works if such a person can be found within the Catholic ecumenical movement. So in other words, a pagan or witch doctor would or could be saved if they are ecumenical and doing ‘their best’ to please the god of their choice, but a Bible-believing Christian that is trusting in Christ alone for salvation, according to Rome’s teachings could not be saved, unless they too came under the umbrella of Rome.

“The plan of salvation also includes those who acknowledge the Creator, in the first place amongst whom are the Muslims; these profess to hold the faith of Abraham, and together with us they adore the one, merciful God, mankind’s judge on the last day” (p.195).

1) The precious name of Jesus is not mentioned once:

“That at the name of Jesus every knee should bow, of things in heaven, and things in earth, and things under the earth; And that every tongue should confess Jesus Christ is Lord, to the glory of God the Father” (Phil. 2:9-11).

2) Salvation in the Bible is only ever found through the Lord Jesus Christ alone:

“Neither is there salvation in any other: For there is none other name under heaven given among men, whereby we must be saved” (Acts 4:12).

3) Muslims believe in the moon god, not the God of the Bible. Abraham, before Yahweh called him, worshiped ‘other gods’ and his family remained in pagan idolatry, long after Abraham had left them (Josh. 24:2.) 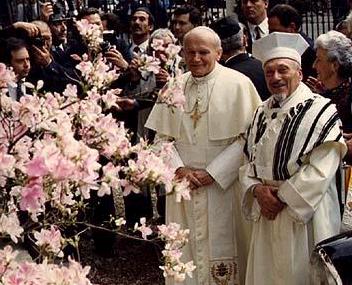 “When she delves into her own mystery, the Church, the People of God in the New Covenant, discovers her link with the Jewish People, the first to hear the Word of God. The Jewish faith, unlike other non-Christian religions, is already a response to God’s revelation in the Old-Covenant. To the Jews belong the sonship, the glory, the covenants, the giving of the law, the worship, and the promises; to them belong the patriarchs, and of their race, according to the flesh, is the Christ; for the gifts and the call of God are irrevocable. And when one considers the future, God’s People of the Old Covenant and the new People of God tend towards similar goals: expectation of the coming (or the return) of the Messiah. But one awaits the return of the Messiah who died and rose from the dead and is recognised as Lord and Son of God; the other awaits the coming of a Messiah, who features remain hidden till the end of the time; and the latter waiting is accompanied by the drama of not knowing or of misunderstanding Christ Jesus” (p.195).

Some unbelieving Jews don’t misunderstand Him, they know exactly who He is and tragically some have rejected Him.

In the Jewish Talmud, they call His mother ‘a Jewish whore’ who ‘slept around with Roman Soldiers,’ hence how Jesus, they say, was conceived ‘illegitimately’ and therefore ‘was a bastard.’

Such utter contempt and blasphemy for the sinless Son of God are all too well known to Rome but for the sake of the evil and false ecumenical movement, this is conveniently forgotten, so as to allow them and others to move forward, with Jesus once again being left out.

The New Testament makes it crystal clear, that only faith in Jesus Christ will save a person, regardless of whether they are Jew or Gentile: 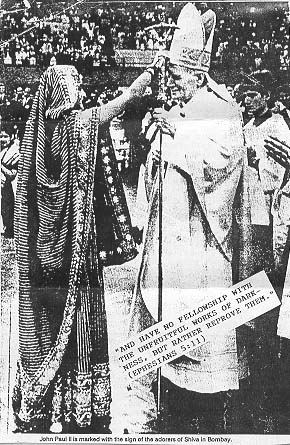 (An ‘anointing’ by a Shiva Priestess)

“Those who, through no fault of their own, do not know the Gospel of Christ or his Church, but who nevertheless seek God with a sincere heart, and, moved by grace, try in their actions to do his will as they know it through the dictates of their conscience – those too may achieve eternal salvation” (p.197).

The word of God tells us how the heart of the unsaved is wicked, and that all have sinned and come short of the glory of God (Rom. 3:22), therefore God commands all men everywhere to repent (Acts 17:30).

This same catechism makes the bogus claim that there is ‘goodness’ and ‘truth’ in all non-Christian faiths. The Bible does not concur with this but affirms that unsaved men don’t seek the Lord of the Bible, but pagan gods.

God told the Jews to cut down the altars of false religions with ‘goodness’ and ‘truth’ (Ex. 34:14).

Equally, atheists and agnostics are also condemned in the Bible for their rejection of God’s infallible witness: 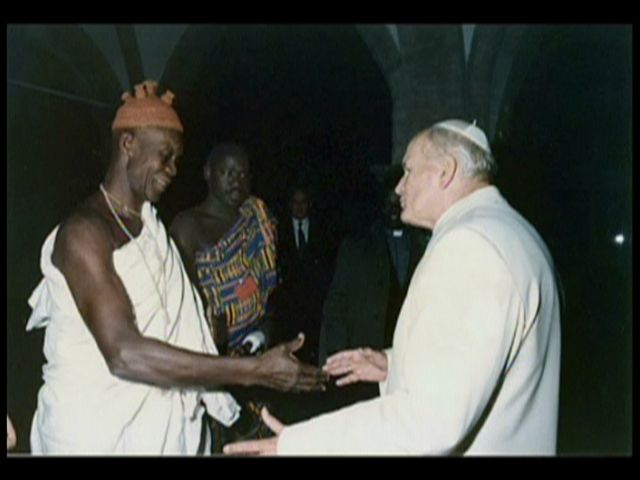 Atheists can be saved too! 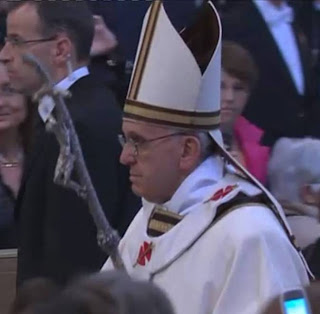 Pope Francis declares that even atheists can be saved. “Even them, everyone…we all have the duty to do good…just do good and we’ll find a meeting point..”

Once again this statement is totally false and it just goes to show how anti-Biblical the Catholic church really is.

The Catholic church is not only failing its own people but also those of other faiths, by refusing to teach one is saved from Hell by their faith in Jesus Christ alone. Therefore for by their rejection of this Biblical fact, they are totally nullifying His finished work on the cross and blaspheming the word of God too.

Those that are true Bible-believing Christians, must reach out to those in darkness, with the true Biblical Gospel of the Lord Jesus Christ, when trying to expose this false humanistic and man-centred gospel, that Rome is propagating, and which Paul tells us is a false and cursed gospel (Gal.1:6-9.)

The Roman Catholic apologist, Dr. Peter Kreeft who teaches at a Jesuit school in the US, wrote in his book Ecumenical Jihad, the following, which clearly demonstrates how apostate the Catholic church is:

Allah is not another God…we worship the same God. Why is Islam expanding so spectacularly? Because God blesses those who obey his laws…Martin Luther was a heretic…Confucius, Buddha and Muhammad are in heaven…Muhammad is today on his knees in heaven worshipping Mary…Catholicism is more like an African religion…Catholics believe pagans are right and Protestants are wrong…Catholics agree with paganism more than with Protestantism.

This heretic has never been censored because what he teaches is the same as what their catechism says.

I have used the official 1994 catechism of the Catholic church, published by Geoffrey Chapman, which was written primarily by the then Cardinal Ratzinger, now Pope Benedict XVI, and with the forward by the late Pope John Paul II.