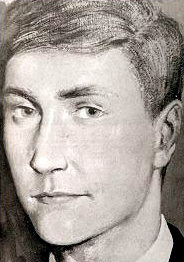 During an 18-month period from 1968-1969 in Glasgow, Scotland, three horrific murders occurred that shocked a community.

The popular location where “Bible John” introduced himself to his three victims was at the Barrowland Ballroom in Glasgow.

The killer was described as being aged between 28-30 tall, slim and a redhead. He also sported a short haircut, giving the popular suggestion that he was either a military man or a serving police officer.

One witness explained that he frequently quoted numerous Bible verses, with particular references to Moses, hence the nickname “Bible John.”

He had, it was suggested, come from a strict religious family and believed dance halls were dens of iniquity amongst other things, that caused him to kill so silently.

His three victims (and there may have been more) were all young women, aged between 25-32.

All lived in the area and all were menstruating at the time.

His last victim, 29-year-old, Helen Pullock had for some reason been bitten.

None of the unfortunate victims had it seems been sexually assaulted. But all had been strangled with severe facial injuries inflicted upon them by a gloved fist or a boot.

At the time it was the largest murder investigation in Scottish police history, with over 100 officers involved and over 50,000 statements taken. No arrests were ever made.

Soon afterwards the case went cold with suggestions that the killer was dead, had moved away, perhaps to another country, or was incarcerated either in prison or a psychiatric hospital.

In 1996 police obtained a court order to exhume a man’s body for tests. He was, it was reported, a cousin of one of the victims but the final results proved inconclusive.

In 2000 Strathclyde police reopened the case and in 2004 DNA samples were administered against former police suspects in the 50-60 year age group.

I suspect the Biblical influence concerning menstruation is from the book of Leviticus. Although how this affected his psyche to commit such appalling acts cannot be explained. How he also knew these women were having a period at the time of death is somewhat puzzling. It does seem more than a coincidence I have to suggest.

Today if you live in that area of Glasgow we would be very pleased to hear from you, with any new information about this unsolved but intriguing case.

In the meantime could we suggest that the Ballroom is visited by local Christians on a Thursday night or any other night of the week, with Bible tracts to be handed out to the clubbers, as they go searching for a nights entertainment. Young people more than ever today need the true saving message of the Bible witnessed to them (John 3:3-7).

This has nothing to do with the false scriptural words that so warped a murderers mind so long ago. Sadly leaving three innocent women brutally murdered in the streets of Glasgow.

A new book researched by a former Scottish police officer claims that the serial Glasgow killer was a serving police officer at the time of the murders, and is still alive. According to the author Paul Harrison, the senior Police officer in charge of the then case came to have his own suspicions about a close colleagues guilt, but the suspect was later pensioned off on “health grounds.”

There could be a freemason or a mob motive for this disastrous decision it seems.

Mr. Harrison also claims in his book that not only is “Bible John” still alive but that he later committed other murders in Scotland.

The author has offered to hand over his years of research to the Glasgow police. Further updates will be given as this mystery unfolds.