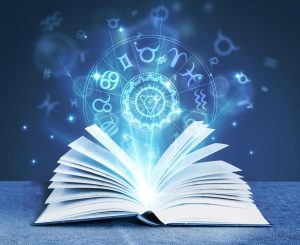 In approximately 4 BC, a small group of wise men (Magi) set off to follow a star that would lead them to the most famous birth the world has ever known, the King of the Jews.

Such astrologers, like these, had no doubt come to know,

with great eagerness, that one day in the near future, a Messiah would be born in Bethlehem of Judea (Mic. 5:2).

Such prophetic information and interest can be traced back to the time of Daniel the prophet, during the Babylonian captivity, in 605BC. Daniel, a mighty man of God, would be of enormous importance and benefit to the pagan king Nebuchadnezzar, with his prophetic skills and dream interpretations (Dan. 5:11).

However, there are two sides to this historical journey from Persia to Israel. The first would be the Magis journey, which would lead them into the unwelcome hands of Herod the Great (Matt. 2:7).

This barbaric and paranoid man had previously slain several members of his own family, for extremely petty reasons. One cannot underestimate the dangers that the Magis took.

The Magis would have entered Judea – Herod’s land – with several hundred armed guards, without any advance notice or permission. For Herod, this may have appeared that a revolution was coming, or worse they were attempting to seize power and then execute this puppet Roman/Gentile tyrant. Tension, therefore in Judea at that time, must have been ecstatic!

It is very interesting that the Magis would end up in the presence of such a dangerous and deranged man. Like many parts in Scripture, this can be viewed as paradoxical. The Mosaic Law forbade divination and yet these wise men were Gentiles, not Jews, and they alone were granted access to the see the newborn King.

Nevertheless, divination was and still remains a practice that God hates, and therefore one should be mindful of this.

When the Magis had left Herod’s palace, they soon re-discovered the star (Matt. 2:10) and were led to where the Child was born. Upon finding Him, they fell down at His feet and worshipped Him (2:11) and this, I believe, is what God wishes all people to do, worship Him!

Like all organised religion, and astrology is no exception, this is very big business and extremely lucrative in today’s climate of an instant fix. In total is generates nearly a billion dollars or pounds each year.

Millions of pounds are spent every day on wishing to discover one’s destiny; the moon, the planets, the stars and the sun are all important ‘clues.’

Any gullible and wealthy person – with more money than sense – doesn’t have far to search for it: tabloid and broadsheet newspapers, radio, daytime

TV and the BBC’s website (taxpayer subsidised) all help to promote this superstitious nonsense.

In short, we can categorise this religion as nothing more than modern-day divination.

The children of Israel were warned never to dabble in this occultic practice Anyone caught participating in this was in breach of the Mosaic Law and death was almost always inevitable.

Scripture to this day condemns this sinful act in no uncertain manner: “And many that believed came, and confessed, and shewed their deeds. Many of them also which used curious arts brought their books together and burned them before all men: and they counted the price of them, and found it fifty thousand pieces of silver. So mightily grew the word of God and prevailed” (Acts 19:18-20).

In George Sarton’s book, Ancient Science and Modern Civilization, he states the following: “Astrology was perhaps excusable in the social and spiritual disarray of Hellenistic and Roman days; it is unforgivable today. The professional astrologers of our times are fools or crooks or both and they ought to be restrained, but who will do it? Superstitions are like diseases, highly contagious diseases. We should be indulgent to Ptolemy, who had innocently accepted the prejudices endemic in his age and could not foresee their evil consequences, but the modern diffusion of astrological superstitions deserves no mercy and the newspaper owners who do not hesitate to spread lies for the sake of money should be punished just as one punishes the purveyors of adulterated food.”

Three out of four people who follow astrology are women, while the vast amount of astrologers are under 25-years old.

In Dr. John Davis’ article, Astrology and Your Future, he makes the following points: “Astrology leads to a false concept of the universe and its functions. Astrology ultimately leads to idolatry and God’s judgment (2 Kings 17:16; 17:23-5). Astrology ultimately leads to psychological imbalance and frustration. It is a wretched form of fatalism. Worship of the stars is strictly forbidden in Scripture (Deut. 4:15-19; 17:2-5) Astrology and all of its attendant theories ignore the basic Biblical teaching about man’s future. Not all of the future is to be known by man. God has already given us all we need to know about the future in the Holy Scriptures.”

In Edmund Gruss’ book, Cults and the Occult, he answers the question: “A comparison of astrological columns and articles written by different astrologers for a given day or other time period are often in hopeless contradiction. Astrology has not kept up with astronomy, with the discovery of additional planets and the precession of the equinoxes. Many scientists and scientific associations have denounced astrology as worthless from a scientific standpoint.”

It may, as many critics have stated, just be coincidental, or something more sinister. As mentioned above, it is notoriously difficult to measure this religion for its accuracy, so we are left with only one of four options:

In Gruss’ book, pgs. 88 – 89, he records the following account of a Christian minister who experimented with astrology:  “In the case of a minister who had his horoscope cast in an effort to debunk astrology he was amazed to find that its predictions were being fulfilled. This went on for eight years. The thought came to him that he had sinned through the experiment and he had placed himself under the influence of the powers of darkness. After his repentance he discovered to his surprise that his horoscope was now no longer correct. Through this experiment the minister clearly understood that demonic powers can be active in astrology.”

Ronald Reagan and other famous advocates

In 1967, at 10 mins past midnight – on advice from astrologers – he was inaugurated as Governor of California. This precise and peculiar – not to mention unprecedented timing of a public figure – would openly demonstrate his elegance to astrology, which regrettably, would follow him to his grave, in 2004.

In 1974 he passed a law allowing astrology to no longer be classed as fortune telling, it could now come into the religious mainstream.

Whilst president, Donald Reagan (no relative) said the following concerning his torturous years as President Reagan’s chief of staff: “Virtually every major move and decision the Reagan’s made during my time as White House Chief of Staff was cleared in advance with a woman in San Francisco who drew up horoscopes to make certain that the planets were in favorable alignment for the enterprise.”

During Reagan’s much carefully choreographed and ecumenical funeral service, the following points were observed, which pointed to the sad reality that he and his wife still practiced this ancient religion, and unfortunately never renounced it.

Upon his death, his body was laid at “The Ronald Reagan Presidential Library,” in Los Angeles, for a 33-hour period (something that relates to his honorary freemasonry membership of the Imperial Council of the Shrine.)

And on Friday, 11 June 2004, he was buried in Simi Valley, California, as the sunset at 19.30pm (once again, like his time in California, precise timing to coincide with planet rotations, was of the essence.)

Used astrologers for promoting the Nazi party for many years and with great success. However, British intelligence learnt of this weakness in and was able to infiltrate and successfully contaminate his astrological network. This, in return, completely bewildered his favourite astrologers and was perhaps the beginning and downfall of Hitler’s Third Reich?

The apostle Paul wrote the following about how God felt about people who look to His creation, rather than to Him: “Wherefore God also gave them up to uncleanness through the lusts of their own hearts, to dishonour their own bodies between themselves. Who changed the truth of God into a lie, and worshipped and served the creature more than the Creator, who is blessed forever. Amen” (1:24-25).

Joseph, in Genesis 40:8 said: “Do not interpretations belong to God”?

The prophet Isaiah said the following about this: “Therefore shall evil come upon thee; thou shalt not know from whence it riseth: and mischief shall fall upon thee; thou shalt not be able to put it off: and desolation shall come upon thee suddenly, which thou shalt not know. Stand now with thine enchantments, and with the multitude of thy sorceries, wherein thou hast laboured from thy youth; if so be thou shalt be able to profit, if so be thou mayest prevail. Thou art wearied in the multitude of thy counsels. Let now the astrologers, the stargazers, the monthly prognosticators, stand up, and save thee from these things that shall come upon thee. Behold, they shall be as stubble; the fire shall burn them; they shall not deliver themselves from the power of the flame: there shall not be a coal to warm at, nor fire to sit before it. Thus shall they be unto thee with whom thou hast laboured, even thy merchants, from thy youth: they shall wander every one to his quarter; none shall save thee” (47:11-15).

And Moses penned the following in Deuteronomy: “The secret things belong unto the LORD our God: but those things which are revealed belong unto us and to our children for ever, that we may do all the words of this law” (29:29).